Ballachulish and the Appin Murder 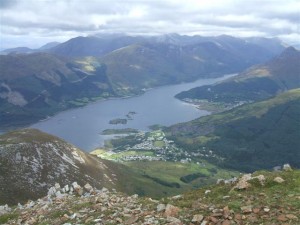 Near to Highland Titles Nature Reserve is the little village of Ballachulish perched on the edge of Loch Leven. It was here in 1752 that a local man was hanged for a murder he didn’t commit and left to swing for a grisly eighteen months before the authorities allowed his family to bury him. The man’s name was James Stewart of the Glen.

Near Ballachulish Bridge you can find a memorial erected at his execution site, and further into the woods to the south west of Ballachulish is the house where he was born. Robert Louis Stevenson’s novel, Kidnapped fictionalises the Appin Murder with a cast of real historical characters, which has kept the memory of the event in popular consciousness for the past two hundred and fifty years. Here is the true story as far we know from historical records: 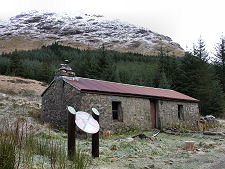 The date is 14th May 1752. The place, Lettermore wood on the south shore of Loch Linnhe, near Ballachulish. Colin Ray Campbell of Glenure rides through the wood with three companions when a pistol is fired from a nearby hillside. The marksman is accurate. Campbell falls from his horse. He’s been shot in the back. His companions run to assist him as he lay dying. They see a man in a brownish-grey coat fleeing over the hill, but can’t make out his features. The murder is political. The Government is nervous. Retribution for the crime must be swift.

In the aftermath of the Battle of Culloden in 1746, George II was anxious to squash any further rebellion in Scotland. Culloden had been a devastating defeat for the Jacobites – those who wanted to restore the Catholic House of Stuart to the throne of Britain – but tensions were still very high. The British Government imposed strict sanctions on all Jacobite sympathisers, one of which was to forbid the wearing of any tartan throughout Scotland. Other, more barbaric sanctions took place.

Prince William, Duke of Cumberland, third son of George II, (who became known as “Butcher Cumberland”) was the leading General of his day, and he commanded the British army in the suppression, or as he called it, ‘pacification’ of the Jacobites. Thousands were rounded up after Culloden, killed, tortured, deported to the colonies, or simply ‘disappeared’. Livestock was confiscated and even wives were imprisoned along with their husbands. Many were sent to London to be tried. In those days journeys by ship took several months and people often died on the way. The nickname ‘butcher’ was adopted by the Tories for political leverage. 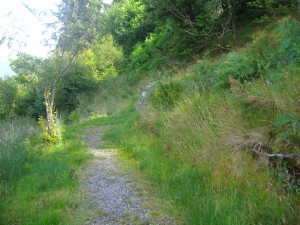 Colin Ray Campbell of Glenure had been appointed by the British government as a factor, managing some of the estates confiscated from Jacobite clans. Among the most obvious supporters of the House of Stuart were members of their clan, the Stewarts of Appin. The Stewart clan had their estates forfeited, and Colin Ray Campbell was appointed to oversee the changeover. He had the irksome task of evicting his neighbours from their ancestral homes.

The Jacobites hated anyone who represented the British government, including those employed as agents.  Defeated and then victimised, Jacobite supporters were malevolent and the situation was a tinderbox. Some historians think Colin Ray Campbell might have had divided loyalties. His mother was from a branch of Campbells who were strong Jacobite supporters, but Colin Ray had served in the army during the rebellion on the protestant side for King George II. He was above all a local boy and growing up would have had friends and associates among the Stewarts of Appin.

James Stewart of the Glen, was enraged to find that members of his family were being targeted for what must be in his mind an illegal eviction. He tried through the courts to prevent this from happening but with no success. This fact would be much used at his trial.

At this time James Stewart’s foster-son, Alan Breck Stewart, came back from France, where he was serving with the French regiment. He had been in the British army, but switched sides before the battle of Culloden to fight for the Stuarts.  After their defeat he had fled to France, but now, six years later, was back in town, socialising, drinking and making loud threats about what he would do to the Red Fox, as Colin Ray was known. 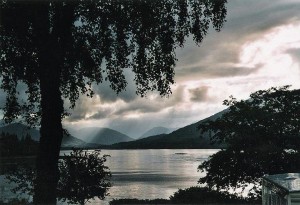 After Colin Ray was shot suspicion fell on Alan Breck, especially as he fled town soon after and was never caught. Allegedly he escaped back to France. In the novel Robert Louis Stevenson has Alan Breck meet up with his main character, David Balfour, to whom he denies all responsibility for the murder. They go on the run together into the highlands.

With Alan Breck Stewart gone, the pressure was on to find someone to hang for the murder. The threat of renewed violence was always a danger to the terrified German king, George II. He was an unpopular monarch, preferring Germany to England. He was only on the British throne because he was the nearest related protestant in the royal line. It was a tenuous link compared to the Stuarts, who were direct descendants of James I. Many of the Tories in parliament had links to the exiled Stuart princes. Politically George was surrounded by enemies. 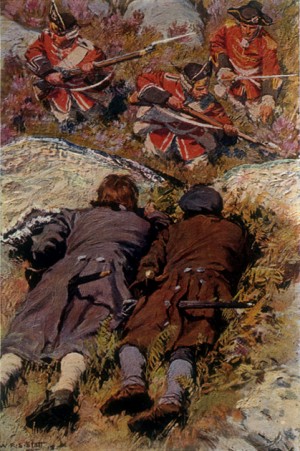 So, in what many people saw as a travesty of justice Alan’s foster-father, James Stewart was tried for the murder and found guilty of conspiring to kill Colin Ray Campbell.  The jury who tried him were a panel of mostly Campbell clansmen, presided over by a Campbell judge. Under such weighted circumstances the verdict was a forgone conclusion. The evidence was scanty at best. He was hung for the murder, and left there for all to see and the crows to peck at, as a warning to the highlanders. As tendons and sinews rotted the authorities tied his skeletal remains together with wire so the body wouldn’t fall. In the end a local ‘halfwit’ could stand the sight no longer. He pulled down the gallows with the skeletal remains still attached, and threw it into the Loch. It floated down stream, where the bones were rescued and buried by a family member, a young man named Donald Stewart of Ballachulish. 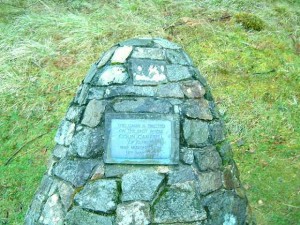 Legend says that the Stewart clan knew very well who the real murderer was and that this secret has been passed down through the generations. In 2001 Anda Penman, an 89-year old descendant of the Stewart clan decided it was time to break the silence. She claimed that four young highlanders had planned the murder. They held a shooting contest, and the best marksmen among them then delivered the fatal shot. That marksman was none other than the one who buried the body, Donald Stewart of Ballachulish.

The old lady died soon after, and her claim was not confirmed by any other member of the Stewart clan. About the same time, Lee Holcombe, an American professor of history, had just spent twenty years investigating all the evidence in this famous unsolved murder case. She concluded that it was indeed Donald Stewart of Ballachulish who delivered the shot. She wrote a book about her findings: Ancient Animosity, but died in 2002 before it reached a publisher. Her son took over the work of editing and her book was eventually published in 2004. Anda Penman, it seems, was telling the truth. 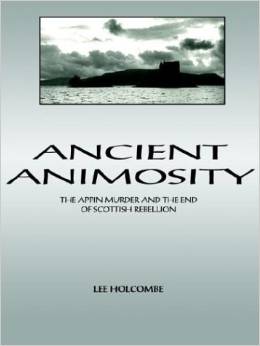 We can only imagine the thoughts and misgivings of Donald Stewart as he lay the body of his kinsman in the ground, the man who had paid the ultimate price instead of him.

The story doesn’t quite end there. In 2008 an undisclosed member of the Campbell family hired a lawyer to forward a submission to the Scottish Criminal Cases Review Commission which requested to have James Stewart’s guilty verdict overturned. On that occasion the request was declined.

If you visit the area it is well worth taking a look at the memorial at Ballachulish, and the house where James Stewart was born. All within easy reach of our nature reserve. Both sites now form part of The Stevenson Way, a wilderness trail across the heart of Scotland, from Mull to Edinburgh. It follows the route the outlaws took in Kidnapped, and is a great way to see Scotland and understand its history.

Interesting fact: In September 1752, a few months after the murder, the United Kingdom of Scotland and England adopted the Gregorian calendar and skipped 11 days in September to catch up with Europe. In May 1752 they were still using the Julian calendar, so on 14th May in Scotland, it was 25th May in France!