On the edge of the waters of the Firth of Forth, near the historical town of Linlithgow, lies the 15th-century stronghold, Blackness Castle. Nicknamed ‘the ship that never sailed’ thanks to its stone ship appearance, the castle was built as a fortress to protect the coast. Today the castle is a popular tourist attraction and has even featured in TV shows such as Ivanhoe and Outlander.

A Brief History of Blackness Castle

Blackness Castle was built in 1440 by one of Scotland’s most powerful families: the Crichtons. At the time, Blackness was the main port which served Linlithgow, a nearby Royal Burgh and royal residence.

The Crichtons were Scottish peers, and George Crichton was knighted in 1438 and became the Lord High Admiral of Scotland in 1448. The castle served as both a family home and a prison. However, all was not well within the Crichton family, and when George put his properties (including Blackness Castle) into trust, his son James imprisoned his father in the very castle he had built. Luckily, George was rescued, and when he eventually died his estate was left to the crown.

Blackness Castle became the property of James II of Scotland in 1453 and started its life as a royal fortress, under the watchful eye of the Sheriff of Linlithgow. 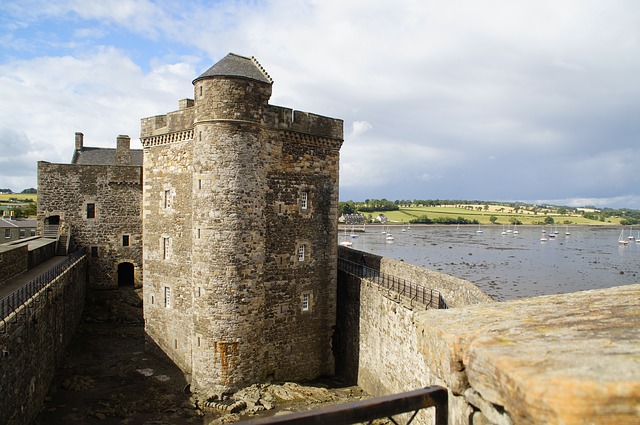 The castle underwent significant fortification work during the first half of the 16th century, which was later put to the test during the civil war when Mary, Queen of Scots was forced to abdicate the throne. Over the years of the war, Blackness Castle changed hands several times.

Later, in 1650, Blackness Castle would once again come under attack. This time, it was Oliver Cromwell’s army who besieged the fortress. Under attack from both land and sea, and with its out of date defences at the mercy of Cromwell’s heavy artillery, the castle was eventually abandoned.

However, that was not the end of Blackness Castle, and in 1667 it was repaired and became a prison once more. Following the Union of Scotland and England in 1707, the British Army moved in to maintain the fortress, and in later centuries it would hold French prisoners of war. Then, during the late 19th and early 20th century, the castle was used as an ammunition depot and as a base during World War I.

Today, many of the castle’s medieval style features have been restored, and it’s a fascinating place to explore for its history and sweeping views across the Firth of Forth.

Discover the Highlights of Blackness Castle

One of the main draws of Blackness Castle is its highly unusual shape. Like a large ship which has washed up on the shores of the Firth, Blackness Castle’s north tower points out to sea like the stern. The courtyard is the first part of Blackness Castle to greet visitors, and, even after 600 years of wear, the natural rock laid here remains uneven.

Another highlight of a trip to Blackness Castle is the incredible view it boasts of the River Forth, as well as the road and rail bridges which cross it. The foreshore and mudflats which surround the castle are a Site of Special Scientific Interest and a protected area where birds feed. It’s also an environment where the rare plant Glasswort grows, which is used in soap and glass making.

If you enjoy military history, Blackness Castle is a must-see part of Scotland’s past. And for Outlander fans, you’ll recognise sections of this impressive fortress as the stand-in for Fort William and Black Jack Randall’s headquarters during the first series of the TV show. 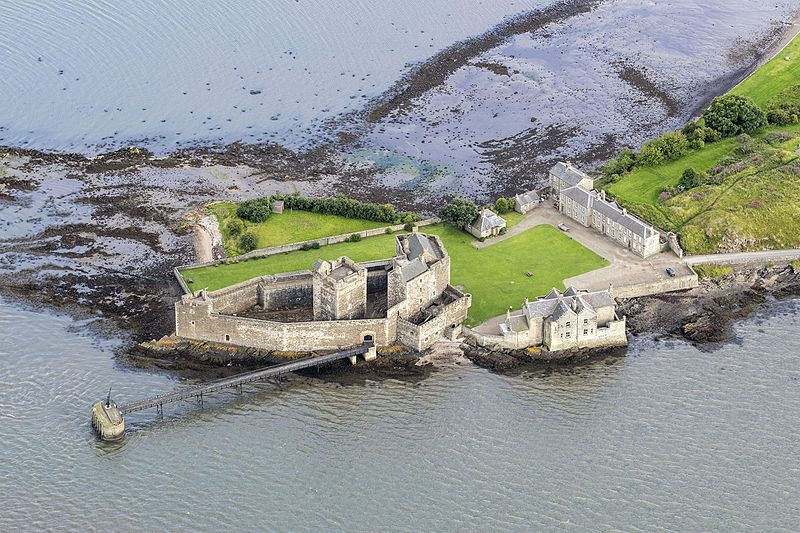 The castle is open to visitors throughout the year, and tickets start at £6 for an adult or £3.60 for a child. There is a bus to Blackness from Edinburgh, or if you’re driving there is a small car park outside. Due to uneven ground throughout the castle, it can be difficult to navigate in a wheelchair.

Although there is no cafe on site, there are welcoming cafes, pubs and restaurants in the nearby towns of Linlithgow or South Queensferry.