Home➤ News & Events➤ Blog➤ Countdown to the Gathering: Spotlight on Day Two
BECOME A LORD OR A LADY NOW

Countdown to the Gathering: Spotlight on Day Two

A few days ago we brought you the Spotlight on day one post which highlighted the speakers attending and presenting at The Gathering on day one. Today, we bring you the speakers from day two (Wednesday)! Again, these individuals hold conservation close to their hearts and have led great efforts to preserve two species particularly, Scottish Wildcats and Bees. 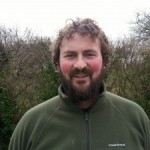 Dr. Paul O’Donoghue is the Chief Scientific Advisor for Wildcat Haven, a cause very close to Highland Titles. He also manages a range of high profile, international wildlife projects including working with some of the world’s most endangered species such as black rhinos and pygmy hippos as well as assisting in reintroducing the Eurasian lynx back into the UK. Paul also works in conjunction with a team at the University of Chester as well as FIOS Genomics in Edinburgh to develop a cutting edge test to determine whether a wildcat is pure or hybrid in an effort to restore and conserve purebred wildcats in Scotland. There are currently less than 400 pure Scottish Wildcats left in Scotland as hybridisation is driving them to extinction. 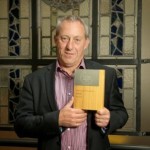 Warren Bader is the CEO of Plan Bee Ltd, a company that promotes and conserves our little buzzing friends with great focus on social responsibility and education. Warren once worked as a music and film producer in London working with the likes of Tina Turner and Boyzone when he discovered, after planting his own allotment and learning more about where our food comes from,  that the only Queen Bee he wanted to work with was of the pollinating, honey making variety. He set up Plan Bee in 2011 and since then he has been actively working to get individuals, businesses and organisations – big and small – involved in educating people on the necessity of conserving and sustaining bees. One third of the UK’s food is pollinated by these tiny creatures and they are disappearing at an alarming rate. 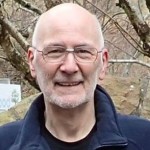 Our very own Stewart Borland will be presenting on day two giving everyone an update on the nature reserves. A volunteer on the Reserves for almost 3 years, Stewart knows the ins and outs of the inhabitants of the reserves and the conservation activities better than anyone. He also “dabbles” in the sales, marketing and social media sides of the business and is always keen to share the good things Highland Titles are doing to preserve this beautiful countryside.

Other Highlights to look forward to

While we can’t ruin all the surprises, guests can look forward to a variety of extra activities throughout the 3 days at the Isles of Glencoe Hotel. The views, for one, are breathtaking as well as the chance to visit your plot, take part in a whisky tasting or learn about the history of this beautiful piece of Scotland. Over the course of the event we hope to convey the true feeling of being Scottish Lairds, Lords and Ladies; A responsibility and respect for the land, the history and the work that is being done to conserve this special and stunning landscape.

Only a few days left! For all who are attending, we’ll see you soon!