Home➤ News & Events➤ Blog➤ The Gathering 2016: Spotlight on Day One
BECOME A LORD OR A LADY NOW

The Gathering 2016: Spotlight on Day One

We have a variety of speakers in attendance this year who have connections to Highland Titles and even stronger connections to conservation in different areas. Today, we’ll introduce you to the speakers and entertainers of day one. Through this, we hope to make the global community of Highland Titles learn a bit more about the people we work with on our Reserves as well as other conservation efforts we strongly support in Scotland.

Colin is the Scottish agent of Hall of Names, a Scottish company that specialises in surname history and family (clan) Coat of Arms. Providing a variety of gifts and keepsakes, they can provide you with a family tree detailing birthplaces and occupations of your Scottish ancestors. 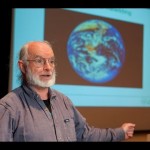 Alan Watson Featherstone founded Trees for Life, a Scottish conservation charity, in 1989. With the goal of restoring the ancient Caledonian Forest to its former lush glory. His main focus is to be responsible for the charity itself and its ongoing strategy as well as the media and public relations, donor fundraising and research at the Dundreggan Conservation Estate, purchased in 2008. The charity has planted over one million trees and has received numerous awards for their conservation efforts over the years, inspiring many other restoration projects around the world as near as the Scottish Borders and as far as Chile. 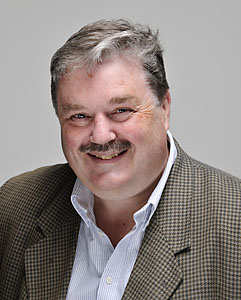 Dr. Mark Avery is a writer, blogger and environmental campaigner, whose name you may recognise more recently from Peter’s post in reference to the driven grouse shooting petition which Mark is leading. A former RSPB Conversation Director, he has published seven books regarding nature conservation topics such as Fighting for the Birds and Inglorious: Conflict in the Uplands as well as numerous articles and columns in publications such as Wild Travel, The Guardian, British Wildlife and Birdwatch. 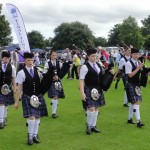 This pipe band, hailing from Fort William, is made up of players of all ages. They play at numerous events around Scotland such as the Highland Games, Gala Days and charity events all throughout the West Highlands. They will be playing during the evening reception and formal dinner taking place the first evening. With true Scottish flair, they perform a myriad of traditional Highland songs and dances, sure to delight. 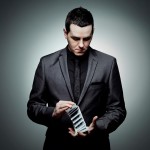 Billy Reid is a Scottish professional close-up magician. As part of the dinnertime entertainment, Billy will be wowing our attendees with sleight of hand table magic and tricks that will be truly unforgettable.