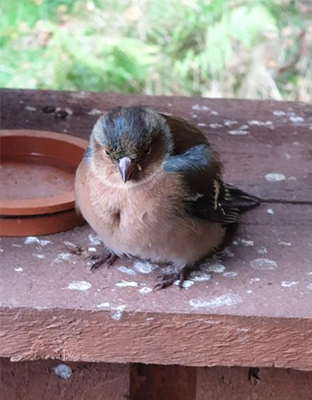 Garden birds are incredibly important to not only the ecosystem that surrounds them, but also to the welfare of people like you and I. Garden birds provide ecological services from the dispersal of various plant seeds that allow saplings to grow to preying on pests like slugs and greenflies. However, their songs, like the soothing melody of a blackbird or the happy chirps of a chaffinch, have been shown to be beneficial to people’s mental health. Scientists have found that listening to and watching birds reduces the chemicals in the brain that cause stress and depression. However, due to habitat destruction causing them to lose their homes, and pollution among other things causing declines in their food supply, many garden bird species are declining and some are even at risk of going extinct. Saving birds is critical not only for the environment but also us, so how should we go about helping them? First we need to look at how they interact with each other through dominance hierarchies.

What is a Dominance Hierarchy?

Setting up feeders in your garden can be really beneficial to the birds that reside there, however, some will fight over the feeders, and those that lose the fights don’t get the chance to feed as much. Continuous fights can lead to what is called a dominance hierarchy, where the most dominant species will win most of the time, and the least dominant will lose most of the time. Knowing which species are most and which are least dominant can be useful so that the feeders we use are setup in a way that will be beneficial to all of the species in your garden. It was this that I decided to base my fourth year research project on.

I set up feeders and cameras at Highland Titles Nature Reserve so that I could see which bird species were using the feeders most, and which were winning the most fights. Those that won more fights and were feeding closer to cover – where it is safest – would be the most dominant species.

Unfortunately, due to the limited time I had, and with COVID-19 getting a little in the way, I was unable to collect as much data as I would have liked – and a large amount were just one species (about 84% were chaffinch). I wasn’t able to compile a full hierarchy, but the number of chaffinch that visited means that they are the dominant species at the reserve, with great tits closely following them due to their large body size. I can also confidently say that coal tits are the least dominant, since they are so small they are unable to fight as well, so this was expected. However, I was unable to determine the ranking of siskins, blue tits, goldfinch, greenfinch, and other species that we find on the reserve.

My Advice to You

I am Heather Borland; I work at Highland Titles, and have volunteered off and on so for the past 5 or so years. I have just completed a Bachelor’s degree in Ecology and Conservation at the University of St Andrews in East Scotland. Now that I have completed my degree it is my job as Head Ecologist to run some projects down at the reserve (keep your eyes peeled for the Facebook posts to follow) and I will also be conducting habitat surveys and managing areas of land we are looking to conserve to better the biodiversity across Scotland, but first, I wanted to tell you about my fourth year research project that I completed on the Reserve as part of my degree.