May took me to two Gatherings. First was our fifth Gathering in Glencoe – held at the Isles of Glencoe Hotel. Second was our first French “Gathering”. A more modest affair, based on our stand at the Bressuire Highland Games, but great fun. 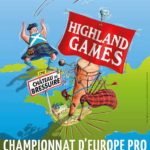 The 2017 Highland Titles Gathering has now come to an end and yet again we have to say this was the best one yet. The weather was fine and the guests were engaged and ready for education and Scottish entertainment. We all had a blast!  Well lairds just wanna have fun, as Lady Cyndi Lauper  may have sung.

Day one kicked off with a welcome by Stephen and Stewart following champagne and afternoon tea.  The ever popular “wildcat Man”, Dr Paul O’Donoghue set the scene with a call to arms for the cause of re-wilding. This was followed by a remarkable talk by writer and conservationist Dr. Mark Avery whose passion for birds is infectious.

After the talks we broke for a few hours while people prepared for dinner and got the most out of the remaining hours of sunshine. Just before dinner started, the local Lochaber Pipe Band (proudly sponsored by Highland Titles) came by to entertain our guests with a few traditional tunes, followed by traditional Highland Dancers. 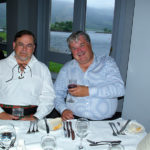 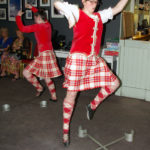 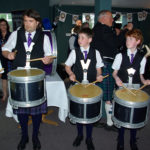 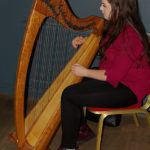 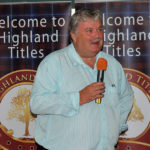 The formal 4 course banquet was complemented by dinnertime entertainment,  provided by sleight-of-hand magician Billy Reid and a local harpist.

The second day was a bit more action packed, starting off in the morning with a hearty breakfast at the hotel followed by a trip to the reserve! This is, for most, the highlight of the event and it did not disappoint! While some attendees chose to wander through on their own, many opted for the tours led by Stewart, David, Sue,  and John, our volunteer French speaking guide for the day. Some ventured out to find their plots using the Highland Titles “App“, and many returned on Friday to have another wander about. It was so great to share with the attendees the progress we’ve made and our plans for the future. As has become traditional, I manned the buggy and ferried those who felt unable to manage the walk. What was new, was that it was foggy – which encouraged the midges and spoiled the views. But I heard few complaints.

Upon returning to the hotel, guests were treated to a sumptuous barbecue lunch followed by a fantastic performance by the famous highland band, Hò-Rò, whom Stewart had persuaded to stop in to play for us and explain the mystery of their instruments. Stewart then took to the stage to run through another long list of achievements that he and his team had pulled off this year. 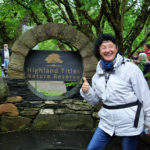 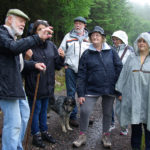 John’s Group on the Reserve 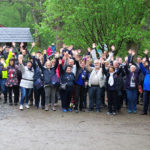 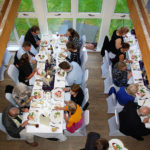 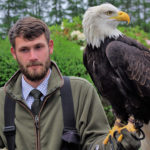 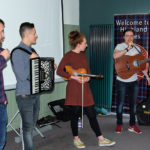 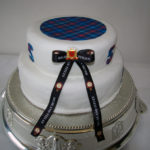 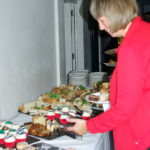 After yet more tea and cakes (including the wonderful “5 years” celebration fruit cake, donated by local well-wishers, we were treated to a fantastic display of Scotland’s Birds of Prey from Phoenix Falconry. Although I have seen this before, the birds never fail to amaze and Adrian had brought some new stars this year (and a young apprentice).

Lastly on Wednesday, no Gathering could now be complete without an update on our very special “good cause”, Wildcat Haven. The Scottish Wildcat is under threat, not least from the attempt by Scottish zoos to catch them for display and Scottish gamekeepers to catch them and shoot them. Wildcat Haven is their only hope for a continued existence in the wild and Highland Titles support them.

Then, after a short break, we enjoyed introductions to Scotch whisky and Scottish country dancing followed by dinner.  With a warm belly of whisky, tired from dancing and replete after dinner, many Lairds retired early to bed.

The final day began with two hours of activities in the sunshine! Guests had the choice of a zip around Loch Leven on RIB (Rigid Hulled Inflatable Boats), zooming around on segways or trying their hand at laser clay shooting. Most guests managed to fit in all three and a walk as well. 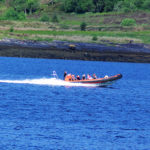 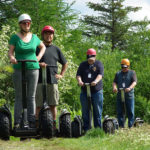 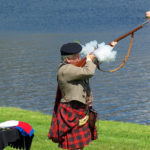 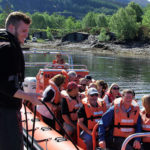 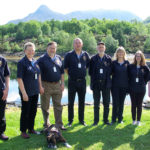 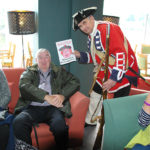 The Redcoats raid us 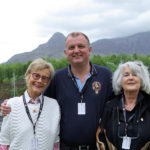 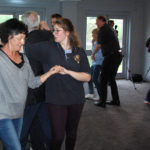 Most chose, as well, to soak up the remaining sunshine while they could, as we knew the time was drawing to a close. One o’clock brought a final lunch followed by a clan re-enactment involving historical weaponry and dress, with the added thrill this year of some black powder musketry too.

Just as the clouds rolled in, it was time to announce the close of the 2017 Gathering. We made many friends from around the world and are so glad so many of you made the trip and truly hope you can make it again next year.

Tickets are on sale now!

Did you attend this year’s Gathering? Who was your favourite presenter? What would you like to see more of? Let us know below!

Tourism
Loch Ness Itinerary: How to Spend Two Days at Loch Ness »
Tourism
The Northern Lights (And 7 of the best places to view them!) »