Fish Stocking at the Reserve

An update on Highland Title’s efforts to support more wildlife conservation on the nature reserve.

Our conservation work for the Highland Titles nature reserve has made significant gains over the last year with an improvement in the potential habitats for current and new species of wildlife at the reserve.

The first stage was to expand the reserve’s ability to support new ecosystems through the creation of a new man-made loch back in 2013. The 3 acre Lochan was built, and filled with water then due to our very acidic peat soil we then left it to naturalise to prepare for the stocking of the fish. However, setbacks occurred when just before stocking the fish in October 2014 we had over 16 inches of rain in just 48 hours, leading the Lochan to burst its banks and losing the water. We began to rebuild in February 2015 and after leaving to settle again, the Lochan was ready to be stocked.

In December 2015 we stocked the Lochan with 300 Wild Brown Trout diploid yearlings, (approximately one year old) which are able to breed, hopefully this will start this year. 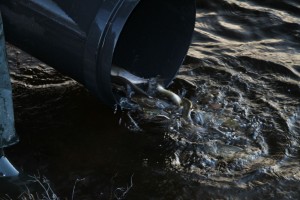 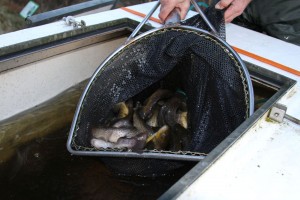 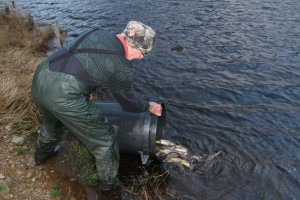 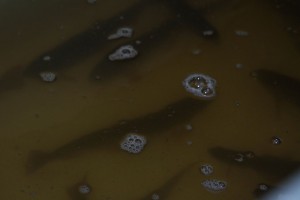 Elsewhere on the reserve we restored an old smaller Lochan, this had previously been a loch so it didn’t take as long for this to naturalise the previous plant roots and seeds must have been buried in the peat, waiting for the water to return.

The results of the fish stocking

We were pleased to see that the fish stocking had an almost immediate effect on the wildlife at the reserve. Within the first week we saw Goosander and Whooper Swans both making a visit to the Loch, and frequent visits from a Heron, Mallards and an Otter. 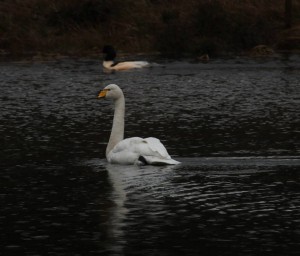 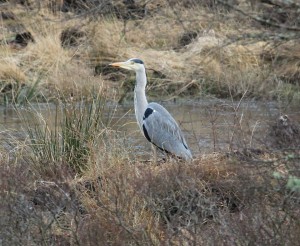 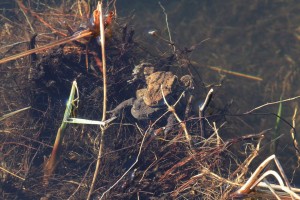 The Lochan and stocking of the fish has already proved to be very successful in attracting new wildlife; Stewart, the Highland Titles Reserve Park Ranger’s ultimate goal is to see an Osprey fishing from the Lochan and capture it on film for all to see! Keep watching our Facebook page!