Golf: The Game of Kings - Highland Titles
Become a Lord or a Lady Now

Golf: The Game of Kings

Of all the inventions Scotland lays claim to, golf (or Gowf as the Scottish used to call it) has to be the second most successful. The telephone probably takes the top spot. In fact when Alexander Graham Bell famously under-estimated the future in his prophecy that one day every major city in America would have a phone, he could with more accuracy have said that about golf courses, but only because they don’t fit in your average living room. 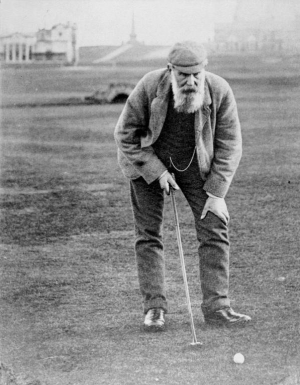 One of the earliest references to golf we can find is an act of parliament by the Scottish king, James II in 1457 curbing the popularity of the game. He wanted all citizens to practise their archery instead. If you were caught indulging in golf or football on a Sunday you could find yourself arrested by the king’s soldiers.

James IV, king of Scotland had a different view. Although he still discouraged golf as a public pastime, he sneakily bought himself set of golf clubs from a bow maker in Perth, in 1502. This was the last British monarch to have been killed in battle, defeated by Henry VIII’s army at the Battle of Flodden Field. No doubt James IV was not focused on the battle at all, but practising his golf swing using a halberd. No wonder he lost. (That probably didn’t happen).

His granddaughter, Mary Queen of Scots, was also a big golfing fan. She fared no better against the English unfortunately. We’re not implying that Scottish royalty shouldn’t play golf. There is probably no connection between James or Mary’s golf handicaps and their horrific deaths at the hands of the English! It is thought that when James VI of Scotland became James I of England his courtiers brought the game of golf with them to the English court, inspiring the first English golf course at Blackheath in London.

When the British Open Golf championships were established it was a Scotsman, Old Tom Morris, who was the first to win it 4 times in the 1870s. Not only was he a champion golfer, he also designed and built many ‘links’ courses in some of the most remote and beautiful parts of Scotland. 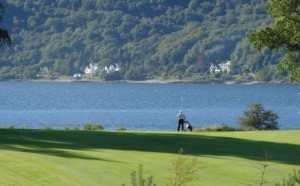 A ‘links’ course is a natural golf course which follows the contours of the land. So it’s often more lumpy and undulating than an artificially created one. They tend to be built along the edge of seashores, making the soil more sandy and the bunkers deeper!

One of his courses is Machrihanish ‘Old’ on the Kintyre Peninsula. When he looked at the land he said ‘the Almighty had gowf in his eye when he made this place.’ Then he set about changing hardly anything except to put in some tee boxes and greens. That was in 1879. Today it still ranked 16th in the all time top 100 golf courses of Scotland, (beating Gleneagles at number 17). A romantic and breathtaking place to play a round of golf, with stunning sea views, varied and surprising fairways, for golf enthusiasts it’s not to be missed. Old Machrihanish holds the number 1 spot for best golf course in Argyll and Bute, the regional home of Highland Titles nature reserve. 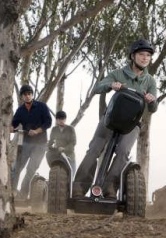 At number 10 in Argyll and Bute is the famous Dragon’s Tooth golf course. Described by the magazine, ‘Golf Today’, as a ‘hidden gem,’ this 18-tee course is set against heart-stirring views, with two monroe peaks overlooking the course, and fairways that brush the banks of Loch Linnhe. The iconic dragon’s tooth peak, a jagged rock formation, watches over the players. What’s more, it just happens to lie next door to our nature reserve!

With that in mind Highland Titles has teamed up with the owners of the Dragon’s Tooth Golf Course, and now we are able to offer all our Lairds and ladies a VIP deal – a fantastic 50% discount on their green fees. That’s for life! If you have bought the larger C-plot then you also get a year’s free membership, followed by 50% off green fees for life. 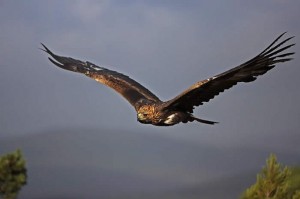 Even if you don’t score an eagle on the fairway, you might spot a real one instead.

For those who don’t like golf you can always Segway instead. What on earth is that? We hear you cry. It’s one of these:

Fun, eco-friendly and above all quiet, these easy electric transporters can be mastered by all members of the family old and young. People say it’s like travelling on your own personal magic carpet. Segway tours start from the club house at the Dragon’s Tooth golf course. All our Lords and ladies can enjoy 15% off this challenge too, should they choose to accept it.

If you’re wondering what the ‘Dragon’s Tooth’ rock formation looks like, here it is in the back of this photo: 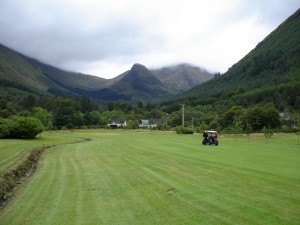