Home➤ News & Events➤ Blog➤ Gone With the Windmills: the story of South Uist
BECOME A LORD OR A LADY NOW

Gone With the Windmills: the story of South Uist

South Uist, land of prehistoric mummies and a thousand years of human occupation, is now part of a triumvirate of islands calling themselves the Storàs Uibhist Community (Storàs Uibhist means “Uist’s Store of Wealth” in Gaelic). On St Andrew’s day 2006, 850 crofters and their neighbours finally raised enough capital to buy 93,000 acres of real estate from their absentee landlords.

The history of crofters and their landlords over the centuries tells a bleak tale. It’s not surprising that when the chance came for these islanders to buy their security they took it. Their ancestors had farmed this land for centuries often at the mercy of rich landowners who saw them, at best, as cash cows, and at worst, as a nuisance.

In the distant past the islands of South Uist, Benbecula and Eriskay were wrestled off the Vikings by the MacDonalds of Clan Ranald. When the price of kelp fell along with the MacDonalds’ fortunes, they had to sell up at the beginning of the 19th Century. The islands were bought by the Englishman, Colonel John Gordon, who promptly initiated clearances to make way for sheep. One of his first acts was to hold a public meeting where hired thugs were waiting. That night they forcibly removed a 1000 surprised islanders to a waiting ship which would take them to the American colonies.

Until the end of the 19th Century crofters had no rights. A widespread practice was the “shift”, where successful crofters were forced to move to less salubrious premises and the prosperous crofts were then given to friends of factors employed by the landowner. Many crofts were “re-sized” so the landlord could reap more revenue, while the crofters’ economic conditions were squeezed ever more tightly. In one case, on the Glendale Estate, 4 crofts were turned into 25 all priced at the same rent.

In 1960 South Usit and its neighbouring islands were sold to a sporting syndicate who would sell licences to hunt, shoot and fish these fertile islands. However they were aware that the islands were heavily crofted and when the law gave tenants the right to buy, they were enlightened enough to see the benefit to the crofters and agreed to an amicable buy out. 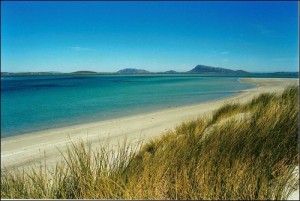 Change however didn’t bring instant Nirvana, but a difficult birth. The new South Uist Community has had its share of ups and downs in the last 7 years. Online public whippings of Storàs members (the name given to the elected board), and grievances over planning permission and national grid rights. Despite the arguments and recrimination things seem to have settled down. Or else South Uist has turned away from internal animosity to unite in condemnation of an external nuisance: their ferry provision. But let’s not get started on that.

In a small community, as in larger ones, there are two behavioural types, Doves and Hawks (as described in Evolution and the Theory of Games by Maynard Smith) or Wolves and Sheep (as described in Ostrovsky’s eponymous comic play). Doves will not fight under any circumstances, but hawks will always fight. According to Maynard Smith a population consisting entirely of doves, while calm and peaceful, is inherently unstable because as soon as a genetic mutation introduces a single hawk, that hawk will tyrannically dominate the population. You need a few hawks in any society who will fight among themselves, thereby giving the evolutionary advantage to the doves (who are left in peace to mate quietly with other doves). In fact Maynard Smith showed that the hawkish animal who brays loudest is most in need of mating. You can tell that to the next hawk you encounter!

Reading through some of the blogs and other output from the South Uist Community in recent years it appeared as if hawks were in the ascendancy, but then a hawkish battle ensued, and a new equilibrium seems to have resulted. More good news is that South Uist has managed to build its own productive wind farm at Loch Carnan, the largest community wind farm yet built, with three turbines producing 6.9 megawatts of energy, and was among three nominees short-listed for the 2013 best Community Project by Energy North. The islanders have also regenerated Asknernish Golf Course. An 18 hole course originally designed by the golfer Tom Morris, it is one of the most remote and environmentally natural golf courses in the British Isles. 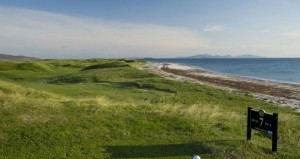 7th Hole at Askernish golf course, considered by many golfers to be the most challenging hole ever played.

This equilibrium has arrived just in time for them to deal with a new problem, this time from the Scottish Government. A well-meaning, but possibly misinformed group of lobbyists for environmental conservation have called for all Scottish Wild Land to be protected from any development including the allocation of wind farms. Scottish National Heritage has produced a map of 43 areas of wild land, and a chunk of it lies in South Uist. 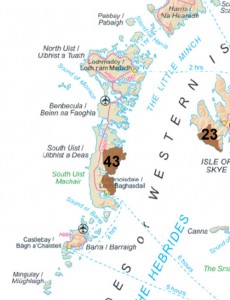 This new problem threatens the way of life of the crofters, and is being heavily contested by the Chief Executive of Storàs Uibhist, Huw Francis, who argues that the move will make ‘a serious impact on the ability of this community to regenerate the local economy.’ The Scottish Government is taking their views into consideration.

Storàs Uibhist, combined with many other new communities throughout the Highlands and Islands now collectively own over 500,000 acres of real estate. Most of this acreage has changed hands in the last 20 years, with new applications being made all the time. This is beginning to change the balance of landownership in Scotland, which remains the most disporportionate in Europe.

The objectives of these new landowners are to regenerate the Highlands by ploughing money back into their communities and providing a more attractive prospect for the next generation of ambitious young adults, who until now had no incentive to remain in their homeland and every reason to leave.

With hope and hard work South Uist can look forward to supporting new generations of islanders, not just prehistoric mummies. 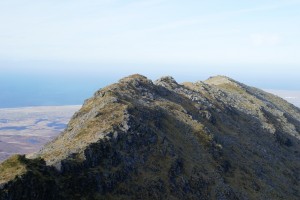 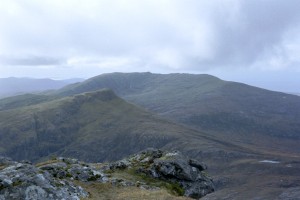