It looks spooky doesn’t it? That’s because it is. A whole collection of ghosts have been seen skulking about, or staring creepily out of windows. (The collective noun is a fright of ghosts!) Glamis Castle (pronounced ‘Glahms’) has more dark secrets than Satan’s private bathroom. It even spooked Sir Walter Scott when he stayed the night in 1704.

From its inception in 1016, the castle has housed royalty. In 1034, when it was just a humble royal hunting lodge, King Malcolm II got himself assassinated there. Did Macbeth have a hand in that? They can’t prove it. Around 1376 the castle was improved and presented to Sir John Lyon by his father-in-law King Robert II as part of his daughter’s dowry. More recently it was the childhood home of Lady Elizabeth Bowes-Lyon who married George VI.

Throughout the centuries architectural additions were made, and now it towers over the landscape with an air of ‘haughty defiance and sullen gloom’, as the Scottish poet James Beattie eloquently puts it.

Sullen gloom is right. Hideous things have happened there. Apparently a grisly secret, known only to the incumbent Earl (Lord Strathmore), gets passed on to each male heir at his coming of age (allegedly). What this supposed secret might be is anyone’s guess. One story tells of a workman who, during renovations, accidentally knocked through a wall to reveal a secret room. Some say he was paid to keep quiet. Others say he was packed off to Australia. 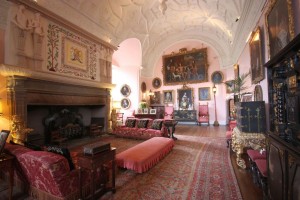 Another story goes that a serving maid stumbled on the terrible secret. Horrified, she threatened to expose it. The Earl ordered the guards to cut out her tongue. She broke free from her assailants and tried to escape through the grounds, but they caught and killed her. Her ghost is seen still, running and screaming silently with blood spilling from its mouth.

Secret rooms are a theme of Glamis. In 1486 when the Ogilvy Clan sought shelter from the Lindsay Clan during a feud, the Earl politely ushered them into a secret room in his cellar, then locked them in and walked away. Unfortunately for the Ogilvys he’d done a deal with the Lindsays. Weeks later someone else ventured down to open the door. They found one person, barely alive. He’d had to cannibalise his own family to survive.

One of the many secret rooms in the castle housed a deformed son during the 19th Century. To protect the family from shame, he had to spend his whole life in hiding, but was allowed to get some air on the roof at night where he was often spotted by villagers. A local legend grew out of those sightings about the ‘Monster of Glamis’.

Another darker presence lurks about the castle. Children have been woken in the night by the terrifying sight of an armoured knight leaning over their beds. Known (affectionately?) as ‘Earl Beardie’ he is thought to be one of the early Lords of Glamis, remembered as a very nasty character and into every vice. A story is told that he gambled with the devil and lost his soul. Some nights the Earl’s ghost can be heard behind closed doors, shouting obscenities and rattling dice. 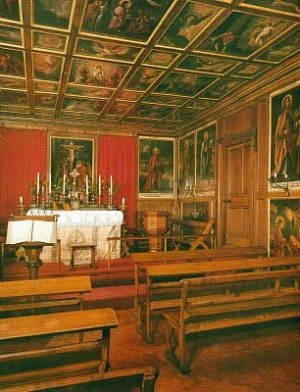 The chapel at Glamis

The family chapel with its fine frescoed ceiling and wood panelling, is a tranquil haven. Just don’t mind the strange grey lady who walks through the chapel while you’re saying your prayers, and disappears into a wall. People who’ve witnessed her think she is the ghost of Lady Janet Douglas, charged with plotting to murder James V of Scotland. Despite finding no evidence, James had her burned at the stake for witchcraft in 1537. They’re a rum lot these royals. 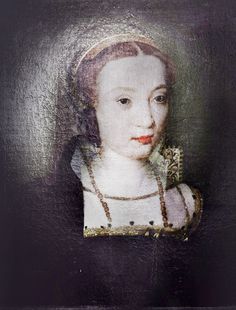 Many more apparitions are recorded: a variety of ghostly faces appear at windows, a bent old woman carries a bundle to the middle of the courtyard then disappears. A black servant boy, brutally hunted to death by an Earl and his guests in a savage game, stalks the corridors evermore. Screaming sounds issue suddenly from empty rooms, and hammering noises pierce the silence of the night. A female guest was woken by the sound of hammering one night. When she mentioned it to her hosts at breakfast, they asked her not to speak of it again. If you get invited to dinner, best not to mention it. You might not get any pudding.

Just before the 13th Earl Strathmore died in 1904, he confided to a friend that the secret of Glamis was so horrifying that if his friend knew it he would get down on his knees to give thanks it wasn’t his secret. Aside from the ghosts and gruesome secrets, it is a remarkable castle to visit and they have a very pleasant tea room too. I hope by the time you reach it your hands aren’t shaking too much to hold a cup! 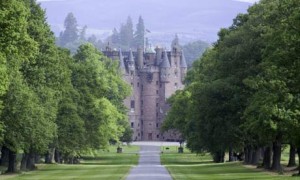