It won’t be long now before the murmur of honey bees fills the air of Highland Titles nature reserve. We are planning to introduce selectively positioned beehives across the estate.

Bees are not just ecologically sound they are essential to the survival of species. Flowers like the wild pansy and red clover for example rely entirely on bees for their pollination. If you stand under a cherry blossom tree in full bloom, or walk along a hedgerow in summer you will hear the constant humming of bees. In Scotland you’ll find them gorging themselves on heather, something our nature reserve has in abundance. Scientists have proved heather honey is just as beneficial, with as many anti-bacterial properties as Manuka honey.

A bee hive in heather heaven

There are 250 different species of bee in the British Isles. 225 species are solitary creatures, making nests in a hole in the ground and raising their young by foraging. The other 25 species live in colonies. Here’s a little known fact: the sting is only found on the female bee. Male bees have no such defence mechanism, and can only fly away pronto from a potential threat. 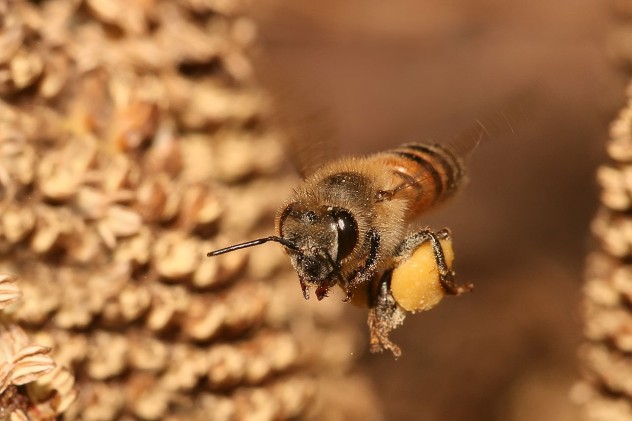 Honey bees are remarkable creatures. They only live in colonies, indeed they can’t survive for long as individuals. As weird as it may sound the colony is the brain of the honey bee. Workers that are separated from the colony quickly succumb to a “paralysing inertia”, in the words of Gilbert Nixon, the eminent hymenopterist (one who studies the order of insects that includes bees).

This is why the distressing phenomenon of Colony Collapse Disorder is such a mystery. Bees are hard-wired not to abandon their colony, and yet, that is precisely what happens. Hives are abandoned by the workers leaving the queen bee unattended, unused stores of honey and pollen, and a brood of larvae. Many causes are cited for this occurrence, including the Varroa mite, but so far there has been no consensus. It is thought by scientists that a number of complex criteria are contributing to the recent decline in bee populations, which include use of certain pesticides, mites and fungal diseases, and modern bee keeping practices. 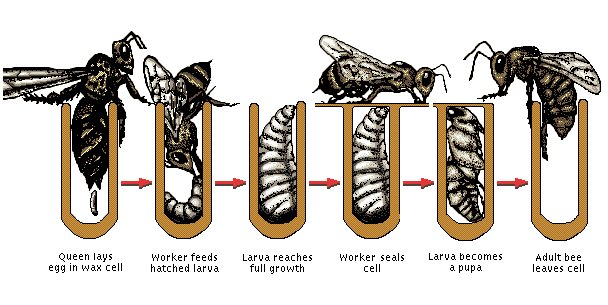 The latter have been attacked as too intensive, with increased reliance on sugar water feeds and antibiotics to encourage faster honey production, frequent and intrusive hive inspections and bee colonies being transported over long distances. All or some of these factors may be to blame. The disorder first appeared in the 19th century, and has been observed during occasional periods since then. Beekeepers originally called it the ‘Disappearing disease’.

In 2006, however, scientists discovered there had been an alarming and unprecedented decline in bee populations across Europe and North America. In some countries the number of bee colonies had halved, some apiaries reporting as much as a 90% reduction in their livestock. 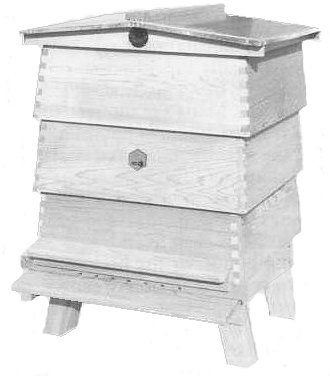 Armies of new hobbyists have sought to address the issue, and domestic beekeeping is enjoying a renaissance. The increase in urban bees has generated some extraordinary findings. It turns out that urban bees are hardier than their country equivalents. This is thought to be because of the lack of pesticides they encounter in the city and the greater diversity in plant life in city gardens compared to blander agricultural landscapes. In the city there can be a shortage of available flower food, so city beekeepers are obliged to provide a good selection of flowering species in their urban gardens.

A ready supply of food is what we at Highland Titles already have in the nature reserve, and we hope when they arrive, our new buzzy friends will thrive and remain with us for many years to come. Highland Titles honey on toast for me please!