The History of Piping for Fallen Heroes in the US 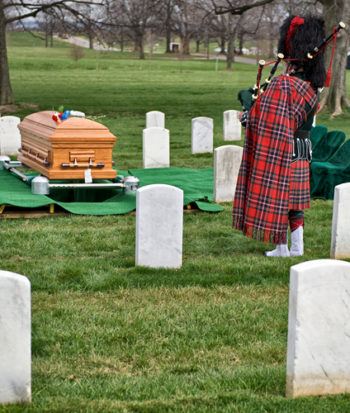 Brought to the United States over one hundred and fifty years ago by the Scottish immigrants, the bagpipe has become a symbol of mourning for fallen heroes, especially firefighters and policemen.  The hauntingly beautiful music of the pipe is especially suited to songs of mourning whether played by a single piper, ensemble, or by a bagpipe band.

Bagpipes are often thought of as a Scottish instrument but in fact all Celtic people have played bagpipes at funerals, wakes, weddings, and dances for centuries.  They were a tradition that the immigrants from Scotland brought with them to the United States. The British also had a centuries old tradition of using bagpipes in conjunction with honoring fallen heroes.  Military units often had their own pipers and comrades who fell in battle were honored with bagpipe music at their funerals.

When the great potato famine caused a massive influx of immigrants to the East Coast of the United States, they had a difficult time finding jobs.  What became available to them were dirty or dangerous jobs that nobody else wanted.  These were often in the fire and police departments of large cities.  Many died in the performance of their duty and the traditional bagpipes were played at their funerals.  The pipes were a comforting and familiar tribute to them and their heritage.  The mournful and haunting sound of the pipes allowed for a release of emotions often held back. People have related that the sound of the bagpipe music started a release of memories and emotions that began the healing process.

Before long, the families and friends of firefighters and policemen of other ancestry and backgrounds were requesting that a piper play for their fallen heroes as well.  The Pipes brought dignity and a special solemn air to the ceremony as well as a unity to the department.

Bagpipers have also become a tradition at military and state funerals.  They lend a feeling of reverence and honor to the occasion.

Since the bagpipes have a limited range of sounds, music must be specifically written for them.  There are many songs that can be played including traditional songs and newer offerings.  The song most often played at funerals is “Amazing Grace” which is traditionally played at the end of the service by a single piper who may walk slowly away as he plays.