Homecoming and the Scottish Diaspora 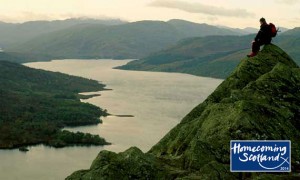 Historical events like the land clearances of the 18th and 19th centuries often saw Scottish people dispersed sometimes forcefully to other countries. So for every native living in Scotland today, there are at least 5 people of Scottish ancestry living somewhere else in the world.

This diaspora gave birth to the idea of the Homecoming. Scheduled once every five years, it’s a year filled with events designed to attract the Scottish diaspora back to their roots and boost the tourist industry at the same time. 2009 was the 250th anniversary of Robert Burns, the Bard of Scotland, so it seemed fitting to set the first Homecoming in that same year. 2014 saw it come round again, this time matching up with the anniversary of Bannockburn. Here at Highland Titles Nature Reserve we hosted our own Homecoming weekend in May of this year. This proved so popular that we will be holding another gathering next year as well. it looks like for us this is becoming an annual event!

Many Scottish people sought new lives in the new world. Some settled in Nova Scotia (Latin for New Scotland), where even today a version of Canadian-Gaelic is still spoken by a precious few. In the USA alone there are an estimated 27 million people who have Scottish ancestry. The majority of Scottish descendants in the USA today live in the Southern States: Texas, North and South Carolina, Kentucky and Tennessee. Even Barack Obama is believed to have some Scottish blood running in his veins.

The naturalist and author, John Muir, was among the Scots who emigrated to America in the 19th century. He left East Lothian in his eleventh year along with his parents and seven siblings, to live on a farm in Winconsin. There he grew to have a profound and lasting influence on the preservation of wild spaces such as Yosemite National Park. He went on to found the Sierra Club in America, now a huge organisation which lobbies politicians on environmental issues. 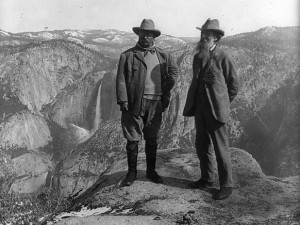 Glengarry County in Ontario, Canada, is a haven of Scottish Heritage. Scottish people fled there after a wave of 18th century land clearances. The county is named after a Scottish glen once the homeland of Clan MacDonnell, who formed the majority of the original settlers.

Every year since its inauguration in 1948, Maxville, Ontario hosts the Glengarry Highland Games, the largest Highland games outside of Scotland. Among the caber tossing and Highland dance championships, you’ll find one of the largest spectacles of massed pipe bands anywhere in the world. This year more than 1400 pipers and drummers assembled to play their united rendition of Amazing Grace at the closing of the games. For the thousands who flocked to witness, it was an emotionally charged and unforgettable experience. 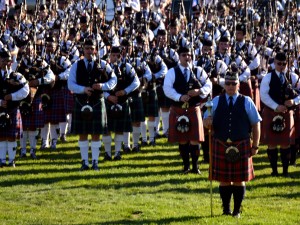 Dunedin in New Zealand is a city founded by Scottish settlers, named after the Gaelic for Edinburgh – Dùn Èideann. The settlers wanted a city design that emulated Scotland’s capital. It wasn’t easy in the hilly terrain. Robert’s Burns’s own nephew, Thomas Burns, settled there and was Dunedin’s first Presbyterian Minister.

1.7 million Australians claim Scottish ancestry, with many settling in New South Wales and Western and Southern Australia. Two of the largest populations are north of Adelaide and around the area of Perth (not surprisingly, Perth in Western Australia was named after Perth in Scotland).

Not just the new world but Europe was widely infiltrated by Scots. Many of the inhabitants of Barga in Tuscany are 3rd and 4th generation Scots. This has more to do with the Italians themselves than the Scottish. In the 19th Century Barga’s silk industry collapsed, which forced the city’s inhabitants to migrate for work. A significant number of them found their way to Scotland, settling in small groups all over the country. They intermarried with the Scottish and made their fortunes by opening ice cream parlours and fish and chip shops, many of which still exist today. Taking their fortunes and families back to Barga some of them built beautiful villas and remembered their Scottish welcome. Today they still celebrate Burns night in Barga, and even have an annual fish and chip festival! 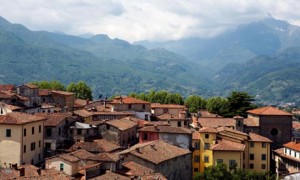 Even further back Pope Clement VIII built a special church for Scottish Catholics escaping religious persecution in their homeland in 1592. It still stands today, though now deconsecrated. Special areas near the altar were set aside for the exiled Stuart royal family to receive mass.

Argentina’s Scottish heritage began in 1825, when a ship full of Scots landed in Buenos Aires and brought their culture with them. They even founded a Scottish school so their children could learn their own culture and language. St Andrew’s Scots School is now a bi-lingual School and still taking pupils today. Scottish descendants in Argentina are estimated at around 100,000. 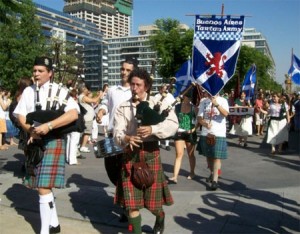 In commemoration of the diaspora a huge tapestry has been made over the past two years. The organisers of this project called out to 25 Scottish-based communities around the world to tell their stories. These stories were incorporated into panels which make up the tapestry. It was unveiled this year at Prestonpans, East Lothian, and is moving through Scotland all this year to mark the homecoming. At the moment it is in Helmsdale, Sutherland. For more information on the Scottish diaspora tapestry click the link. 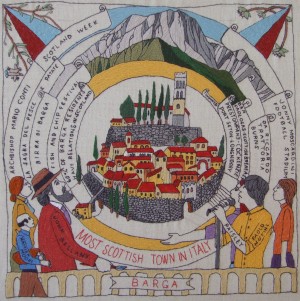 A panel from the diaspora tapestry showing Barga in Italy

Highland Titles joined the homecoming celebrations in May this year with our very own homecoming for all the Lairds, Lords and Ladies of Highland Titles Nature Reserve. Next year, due to popular demand, we will be holding another gathering in May 2015. For full details of this well-loved weekend event click the link.