Lochleven Castle and The Last Queen of Scotland part 2

A year later the King of France died and Mary became consort to the new king of France. Her power seemed to be in the ascendancy as Queen of both Scotland and France. Unfortunately François’s reign lasted a mere 17 months. Never a boy of robust health, he contracted an ear infection and died in 1560. Her own mother, and regent of Scotland, Marie de Guise died in the same year, so in 1561 as she came of age, the grieving Mary Stuart took over the Scottish throne without husband or mother.

She returned to a land of reformation and rampant Protestantism among her nobles. A tricky situation for a young 18 year old Queen brought up as a Catholic. John Knox, a vociferous protestant preacher had a great influence on the Scottish people, and was vehemently opposed to the Queen. Her religion was an anachronism, and her French renaissance-style court lavish and ridiculous, filled with avant-garde artists and writers. Scotland was heading in a more austere direction than that. 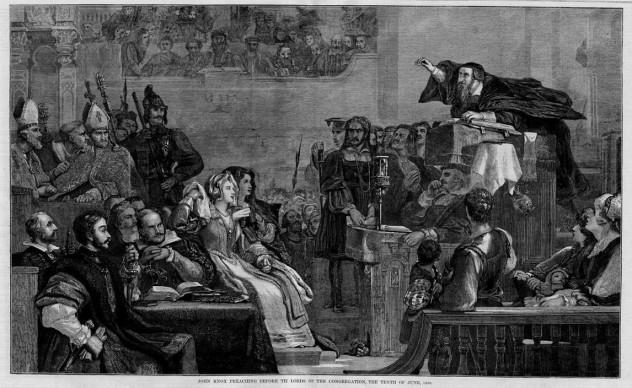 Mary was determined that her religion would not be a cause of strife in her own country. She saw the value of compromise and she agreed to recognise Protestantism in Scotland as long as she could privately continue in her own Catholic faith. But this kind of compromise was never going to work, ratifying bills in parliament that banned Catholic priests from publicly sermonising, while privately taking mass. It smacked of hypocrisy, and the likes of John Knox capitalised on that.

Then Mary made a disastrous second marriage in 1565 to her first cousin, Lord Darnley. Apparently she was in love. He was tall, handsome, and had a charisma that Mary utterly fell for. They were within the ‘forbidden degrees of consanguinity’ as first cousins. Even Queen Elizabeth tried to dissuade her, but Mary didn’t care. She went against all advice. Perhaps she was lonely. 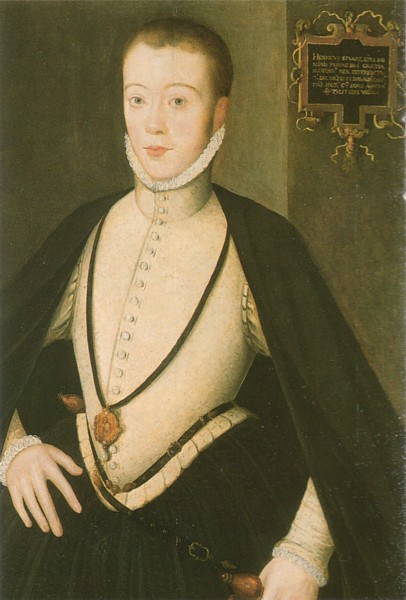 At first all seemed well, despite some rumblings at court. But Mary had been a bad judge of character. Darnley turned out to be unreliable. He was increasingly found roaming the streets of Edinburgh with other young nobles in search of women. Immature and petulant, he was not a suitable consort for a queen. Although she had initially bestowed the title of King on her husband she quickly regretted her imprudence. She withheld the matrimonial crown and ignited a fury in him that began their estrangement.

Darnley apparently plotted to kill one of the queen’s favourite courtiers, David Rizzio, spurred on by a bevy of other nobles who wanted him to receive his crown. They invented a story of adultery that convinced Darnley to act. Rizzio was snatched from the queen’s presence and violently stabbed in a corridor outside her chamber. She thought the target had been her and, grabbing Darnley, quickly reconciled herself to him and they fled together from Edinburgh. She was six months pregnant with Darnley’s child.

Mary gave birth to a son, the future James VI of Scotland, and I of England, and soon afterwards Darnley was murdered in mysterious circumstances that have never been solved to this day. 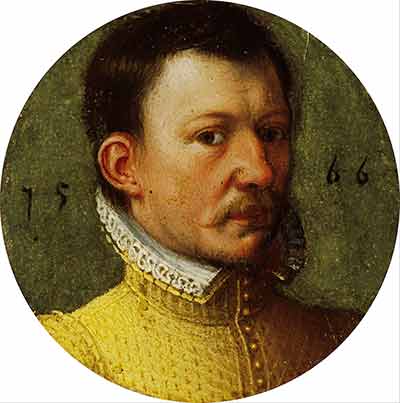 About the same time Mary transferred her affection to the Earl of Bothwell who had been instrumental in defeating the plotters in the Rizzio murder. Bothwell was the hero of the hour and had proved himself loyal to the queen. Bothwell was quick to capitalise on his status. He had a group of influential Scottish noblemen sign a paper supporting him as the queen’s consort, and then offered himself in marriage to her. At first she refused. He was implicated in the Darnley murder, and until he was cleared she couldn’t connect herself with him.

He didn’t give up however, and it is thought he seduced her until she acquiesced. Apparently he was quite the ladies’ man with a trail of broken hearts all over Europe. The seduction (some said rape) compromised her. She had to marry him to save face, but she was seen as a fallen woman. Rumours spread that she had married her husband’s murderer. Bothwell lost the support of the nobles overnight.

Now the Earl of Moray, illegitimate son of James V, forced his hand, and with a growing army of supporters for the infant king he arrested Mary, and imprisoned her at Lochleven castle. All this stress must have caused her to miscarry the twins she was now carrying. Weak and ill with the loss of blood, she was forced to sign her abdication papers in favour of her son, James. She never saw her 10 month old boy again. Bothwell was chased out of the country. He fled to Norway, where unfortunately he bumped into the relatives of a mistress he had abandoned. They flung him in a grotty prison where he died, half mad and suffering from gangrene. Not a happy end for the queen’s seducer.

Incredibly Mary managed to escape twice from Lochleven castle. The first time she was discovered and brought back, but the second time she succeeded and began to amass an army of supporters. She was pleased to see that the Scottish people still loved her. Her army faced Earl Moray’s army at the Battle of Langside in what is now Glasgow. Unfortunately Mary’s army lost the fight.

With her retainers Mary galloped away from the battlefield to Terregles Castle in Dumfries. From there they urged her to head for France where she still had powerful friends. Had she done so her story might have ended better. But she insisted on sailing to England and eliciting the support of her cousin Elizabeth, a foolish plan. Elizabeth kept her in captivity for the remaining 18 years of her life, and with the help of Sir Francis Walsingham managed to cook up enough ‘evidence’ of treason to have her beheaded in 1587. 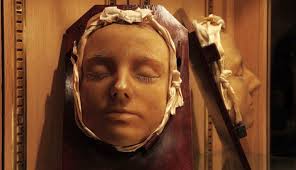 Mary was said to be a beautiful and charismatic woman. Many men were besotted with her. She was highly educated, an excellent debater, and would have been a fair and just queen under different circumstances. But her reign was blighted by changing times, ambitious nobles and bad romantic choices. Lochleven Castle was her last home on Scottish soil.

Her son James never knew his mother, and was brought up by protestants who informed him she was a reprobate and a tyrant. It was said he took possession of all her prolific letters, and one can only imagine how he acquainted himself with her character within those lines. When he ascended the throne of England years later, James I had her body moved to Westminster Abbey to take its place with the other British monarchs, in a marble tomb that remains today one of the most luxurious in the cathedral. 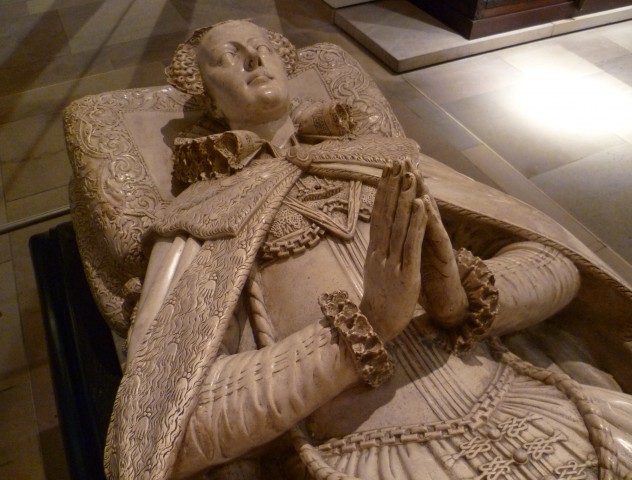 Tomb of Mary Queen of Scots