Home➤ News & Events➤ Blog➤ Lynx: The Case for Rewilding
BECOME A LORD OR A LADY NOW

Lynx: The Case for Rewilding

In the race to find a solution for the proliferation of deer in Scotland as well as elsewhere, campaigners for rewilding projects have turned their attention towards the lynx, one of the smaller varieties of big cat. Lynx, though today living wild throughout northern Europe, Russia and parts of Asia, have been absent from the British Isles for about 1300 years. Along with many other species that once existed here, their days were numbered after the English Channel severed our connection to the continent.

The lynx looks like a large cat, measuring around 3 feet or more from nose to tail and upwards of 2 feet tall at the shoulder. The top part of their fur ranges from reddish brown in summer to silvery grey in winter, and is often marked with black spots. Those tufts of hair on top of their ears act like annentae, giving them a greater range of hearing, and their remarkable eyesight means they can spy a mouse at 250 feet! They make a range of sounds, from chattering to meowing, and sometimes growling, especially in the mating season. But these sounds are all fairly quiet. Their elusive, low-key behaviour means the presence of lynx can often go undetected for years. 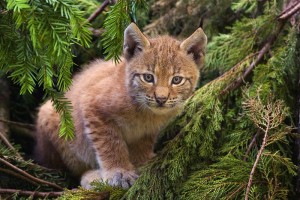 A project known as Rewilding Europe is helping with the reintroduction of Eurasian Lynx in parts of Europe where it has been declining in recent years. The British Isles not only lacks an incredible array of larger mammals common in Europe, until recently its government had no plans to bring them back. But in Europe it has been different story. Rewilding Europe oversees ten wild sites on the continent, which are undergoing the reintroduction of species large and small. It tends to be the apex species: wolves, bears, lynx, that make the headlines, but they are equally keen to reintroduce other less exciting fauna such as, in Portugal, the humble but beleaguered rabbit, a vital link in the food chain.

Rewilding Europe predict that by 2030 there will be something like 30 million hectares of abandoned farmland throughout Europe. This is due to many factors leading to the widespread decline in small subsistence farming. It presents a huge challenge to wildlife organisations as the abandoned land reverts to scrub, and trees take over. It is also presents a huge opportunity. These areas could be given over entirely to nature.

The mission of Rewilding Europe is to introduce all the species currently missing, including the apex species, and let the ecosystem work on its own instead of trying to manage it. They have found that where this is allowed to happen a kind of magic arises. In Yellowstone Park, for instance, 66 Northwestern wolves from Canada were introduced in 1995. Then a remarkable transformation took place. 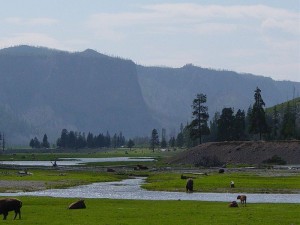 First the deer changed their behaviour, avoiding areas where they could be easily trapped, like valleys and gorges. Valleys previously denuded of trees began to regrow, and the trees that were there grew up to five times their previous size. Yellowstone Park now had huge Aspen trees growing to a size never before seen. Where the trees grew song birds and other migratory birds returned in record numbers. Beaver populations increased with the trees, and their dams provided habitats for otters, muskrats, amphibians, water voles and fish. The wolves hunted coyotes as well as deer. Because of this small rodents (a coyote’s main diet) were more plentiful for other prey such as flying raptors. The carrion left by wolves also provided more food for ravens, bald eagles and bears. 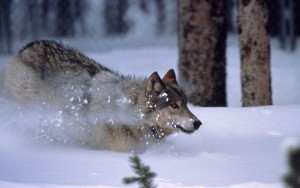 This transformation in the ecosystem caused by just a handful of wolves was matched by an extraordinary change in the physical geography of Yellowstone Park. Rivers didn’t meander quite so much, as the new trees began to stabilise the land. Banks stopped collapsing, and soil erosion decreased. All this from a few apex animals. Because of this experiment scientists are learning that nature has an inherent wisdom. If man had not damaged ecosystems by removing the apex species, they would likely not need any ‘management’ from us. Like it or not, the system relies on having hunters at the top of the food chain, and man hasn’t filled that role with any real commitment for some time.

So, lynx. It seems our nation is beginning to change its mind about this apex species, and not before time. We are on the brink of disaster. Our biodiversity is in terminal decline despite our human efforts to manage our environment. For DEFRAs 2014 figures on biodiversity decline see our previous post on rewilding. Something has to be done, and sooner rather than later.

For the past few months Lynx UK Trust has been studying the data from a nationwide survey on the possible reintroduction of lynx at four locations: in Aberdeenshire, Norfolk, Cumbria and Northumberland. Early indications suggest that 90% of the UK population are in favour of lynx, which could mean that by the end of this year, a five-year plan may be underway. Around four to six lynx could be released into each of the designated wild areas with GPS tracking.

Lynx: Where will they be put? 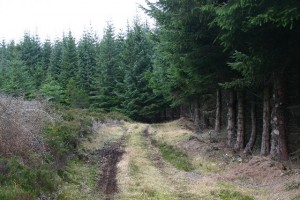 The first of the designated wild areas is in Ennerdale, a remote area of the Lake District which has little or no footfall from tourists. Thetford Forest in Norfolk is the second, one of the largest tracts of woodland in the UK. Grumack Forest, a privately owned forest in Aberdeenshire, is the third designated area. Its owner Tony Marmont can see the benefits of having lynx on his land to control the problematic deer, who overgraze, killing tree saplings and eating the eggs of ground nesting birds. The fourth site being considered is Kielder Forest, near Yarrow in Northumberland. Owned and managed by the Forestry Commission it is the largest man-made forest in the UK. 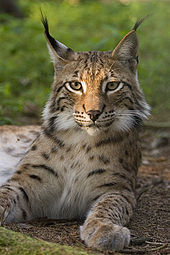 Not everyone is in keen to see lynx return. The ‘yes’ figures drop by 5% in rural areas. Mostly it is farmers concerned for their sheep. But according to Dr Paul O’Donohue, scientific advisor to the Trust, lynx are unlikely predators of sheep. They avoid human habitats. They prefer to stick to woodlands, hunting deer and other mammals like pine martens, squirrels and rodents. The Lynx Trust is working on showing the economic benefits to rural areas that lynx could bring.

One of these benefits may well be tourism. On the isle of Mull the recent reintroduction of the White-tailed Sea Eagle has increased the island’s tourist industry by an estimated £5m per year. This injects much needed cash into a small island economy. The greater benefit though may be to our struggling ecosystem in the UK, where the lack of apex species continues to have a knock on effect that will soon be irreversible.