Once a year, a day is set aside in celebration of mothers. In the UK, this day is generally the second or third Sunday of March, which corresponds with the fourth Sunday of Lent. While the holiday no longer has specific religious significance for every person that observes it, the traditions of the day date back centuries and were once very much a part of the church.

There have been festivals honouring mothers and mother goddesses since ancient times. The Phrygians held a festival for Cybele, the Great Mother of the Gods, as did the Greeks for the goddess Rhea. Likewise, the Romans adapted the practice to their own pantheon.

But Mother’s Day, or Mothering Sunday, as it was first known, dates back to the sixteenth century, and was celebrated by Catholic and Protestant Christians throughout Europe.

It began at a time when children were often taken on as servants for noble families, and did not have regular visiting times with their families due to the need to work to provide for them. They would be allowed this Sunday to return to their “mother church”, which was generally the church they were baptised in, and would be able to attend with their families.

The eldest child would bake and bring a “mothering cake,” to be cut and shared by the entire family. Family reunions were the important thing about the day, with sons and daughters taking on all household duties and often preparing a special meal in honour of their mother.

The children would often pick wildflowers en route to the service to give to their mothers or to lay at the church. There were also special Mothering Day cakes such as simnel and wafer cakes that were shared. These traditions were eventually carried on to modern times in the form of gifts of appreciation for mothers that we see these days, which is why so many give their mothers flowers, cards, treats and gifts. 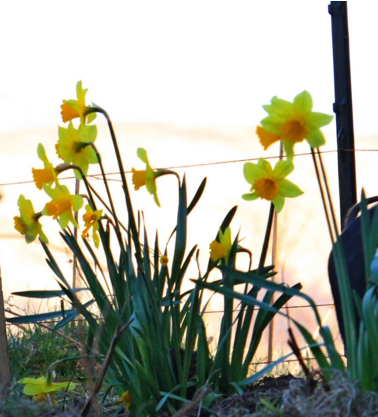 Wild daffodils, like these one’s growing on the Highland Titles reserve, have been a traditional Mother’s Day offering for centuries.

Mothering Sunday remained a religious holiday right up until the 20th century when it began to change into the day we are familiar with. It was around this point that the celebration of the holiday had begun to fall to the wayside. This was when the work of two women, first Anna Jarvis in the United States and later Constance Adelaide Smith of England, came together to reinvigorate the holiday and alter its course to become the day we celebrate (even though the specific dates differ on these two continents).

When is Mother’s Day USA?

Anna Jarvis was a social activist from Philadelphia who rallied for a day of celebration for mothers. Though she never became a mother herself, it became a passion and focus of her life in the 1910s-20s. She held the first observation for the day at a memorial service 3 years after her mother passed away on May 10, 1908.

Her mother, who was known as “Mother Jarvis,” was a young Appalachian homemaker, but also a lifelong activist who had organised “Mother’s Work Days” to save the lives of those dying from polluted water. During the Civil War, Mother Jarvis had also organised women’s brigades, encouraging women to help without regard for which side their men had chosen.  At the time, there were many special days for men, but none for women.

The idea caught on, as many holidays do, and it began to become commercialised with card and flower companies cashing in on the opportunity. This bothered Anna greatly, causing her to eventually try to start a petition to revoke the holiday in 1943. Clearly her efforts were not successful and North America continues to recognise their moms on the second Sunday in May. Anna’s version of Mothering Sunday clearly took on less of a religious meaning as the original date had changed to correspond with the death of her mother. 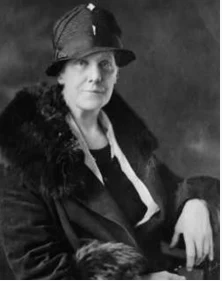 Anna Maria Jarvis, the founder of Mother’s Day in the UK

When is Mother’s Day in the UK?

Inspired by the events happening in the US, Constance Adelaide Smith chose to try to organise a similar celebratory day for mothers in the UK. She understood the sentiment in having a day for honouring these women, but as she came from a family of priests and vicars, decided that instead of fighting for a day like Anna had, she would instead try to reinvigorate the Mothering Sunday observing from years before that also involved a visit to your “mother church” amongst the celebrations.

Until she died in 1938, Constance worked tirelessly to bring more awareness to this day and wrote much about the traditions of the past and encouraged people throughout the UK to take part again, on the 4th Sunday of Lent. The religious holiday stayed that way until after the Second World War when the frequent visits of US Servicemen began to intertwine the USA’s Mother’s Day with the traditions of Mothering Sunday to bring us the day we still celebrate now.

Very interestingly, both Anna Jarvis and Constance Adelaide Smith died unmarried and without children of their own!

Constance Adelaide Smith, the woman responsible for the reinvigoration of Mother’s Day in the UK

These days, many of us will likely honour our mums the more commercialised way with flowers and cards than possibly make the effort to return to our “mother church”. This is not to say that these traditions do not hold true to this day, though, especially here in the UK.  Mother’s Day should be celebrated in a way that is fitting for each mum individually, as we know no two are the same, the way you choose to honour them should also be just as special.

But what do you get for the Mum that deserves so much and yet doesn’t give you a clue what she’d like. Sometimes chocolates, flowers and candles can feel repetitive year after year, and maybe you want your Mum to know just how special she is to you. Then we have just the think- Make your lovely mum a lady this Mother’s Day!

As a Scottish Lady your Mum will receive her own plot of land in Scotland which she can visit. She will also have the ability to officially change her name to reflect her new Lady status, and your money will be helping to support a unique conservation project. 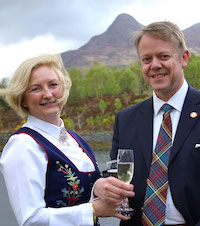 History
House Of Stewart – The Monarchs Of Scotland »
History, Uncategorised
The Battle of Falkirk (1298) »