Scottish New Year celebrations are world famous, and if you have yet to experience a traditional Hogmanay you are going to want to by the end of this article!

The parties are usually inclusive of the whole family and are renown for going on into the early hours- so much so that the Scots have an extra Bank Holiday on the 2nd of January! 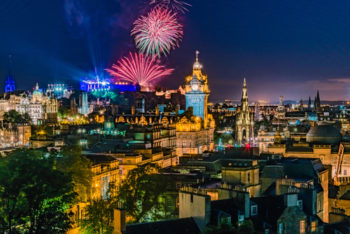 What does the Scottish word Hogmanay mean?

Hogmanay is the word for the last day of the year and is synonymous with the celebration of the Scottish New Year. In the Scots language New Year’s Eve has been widely known as Hogmanay since at least the 17th century. Some sources suggest it could have been adopted since Mary, Queen of Scots’ return to Scotland from France in 1561. It is thought to derive from the French word ‘hoginane’ meaning ‘gala day’.

How do they say Happy New Year in Scotland?

In Scots they say ‘haud Hogmanay’ to celebrate the end of the old year and, once the New Year comes in, they call it ‘Ne’rday’ or ‘Neerday’ for New Year’s Day. 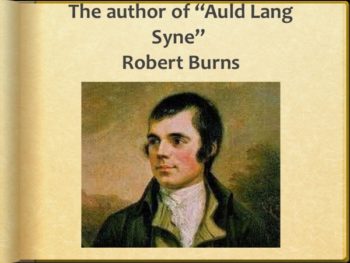 ‘Auld Land Syne’ is the song that everyone drunkenly croons just after midnight on Hogmanay. The words to Auld Lang Syne were written by famous Scottish poet Robert Burns, and it is set to an old folk tune.

At Hogmanay in Scotland, it is the correct practice that everyone joins hands with the person next to them to form a great circle around the dance floor. At the beginning of the last verse, everyone crosses their arms across their breast, so that the right hand reaches out to the neighbour on the left and vice versa. When the tune ends, everyone rushes to the middle, while still holding hands. When the circle is re-established, everyone turns under the arms to end up facing outwards with hands still joined.

In countries other than Scotland, hands are often crossed from the beginning of the song, at variance with Scottish custom. The Scottish practice was demonstrated by Queen Elizabeth II at the Millennium Dome celebrations for the ringing in of the year 2000 and the English press berated her for not “properly” crossing her arms, unaware that she was correctly following the Scottish tradition.

Where did Hogmanay come from?

The large Hogmanay celebrations, of the likes we see now, date back to pagan times many hundreds of years ago, when people used to mark the end of the harvest and the end of the year with a festival called Samhain.

Later, this became a midwinter yule festival, which continued when Catholicism became the nation’s main religion. The period of celebrations became known as the ‘daft days’ with people eating and drinking lots, enjoying parties and bonfires, and visiting and hosting neighbours.

Why is Scottish New Years so big?

In 1560, there were lots of arguments about how the Christian religion should be practiced in a period known as the Reformation.

People bringing in religious changes didn’t approve of all the partying and they banned or strongly discouraged feasts that were associated with Catholicism, including Christ’s Mass – that is, Christmas.

By 1640, an Act of Parliament had officially banned the Christmas break, so it is believed that this is what pushed all the partying and fun to New Year instead.

Even though this Act was partially withdrawn in the late 17th Century, new year remained the big moment for celebrating in Scotland. It was only in 1958 that Christmas became a public holiday in Scotland – later than the rest of the UK.

What do you eat on Hogmanay?

The festivities truly wouldn’t be complete without a hefty serving of Scottish New Year scran, of course accompanied by a wee dram of whisky! So expect to find on the menu, a selection of the following 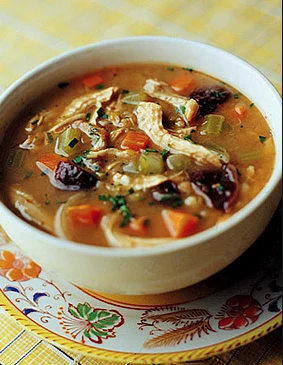 Cock-a-leekie soup is a starter which is Scottish to the core. Made with leeks, peppered chicken stock, and a small amount of rice it is a thick, hearty soup that’s perfect for the cold winter evenings. Traditional recipes would also have you add a handful of prunes. 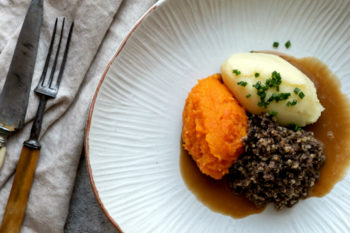 The trusty national dish, haggis is comprised of sheep’s pluck (heart, liver and lungs), filled with a mixture of oats and suet and spices. Mixed with stock and salt it creates a surprisingly delectable dish, which is grossly underestimated outside of the country. I think the reason haggis is a popular Scottish New Year’s Eve dish because it is fundamentally representative of Scotland.

Well known for being the perfect accompaniment to haggis, neeps (Scottish for turnip – often Swedish turnip these days – what Americans call rutabaga) and tatties (Scottish for potato) complete the traditional Hogmanay meal. Mashed up with a generous amount of butter until smooth and creamy, this is a nostalgic, well loved dish that is an essential part of any Hogmanay shindig. 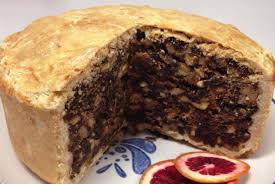 If you had to choose one dish that embodies Hogmanay the most, it would probably be black bun. It’s essentially a fruit cake with a Scottish twist, baked with raisins, currants, almonds, citrus peel, allspice, ginger, cinnamon and black pepper. Then the whole thing is enveloped in a layer of pastry!

Traditionally black bun was consumed on the Twelfth Night, but nowadays this cake is ingrained into many people’s Hogmanay rituals. It is often bought as a symbolic gift when visiting a loved one’s home in the New Year and it is believed to bring good fortune for the year ahead. Delicious and dense, this cake is perfect paired with a good whisky.

The steak pie became the national Scottish New Year’s dinner dish because New Year’s Day was not traditionally taken as a holiday.  Families were too busy to cook and bought big steak pies that would serve everyone from their local butcher instead. Although nowadays that the continuing popularity of Butcher bought steak pies might have more to do with the Scot’s embracing a delicious meal that they don’t have to cook themselves as they are hungover after the night before’s celebrations! And if you do find yourself looking for a hangover cure after an eventful Hogmanay   , there is nothing we could recommend more than a traditional Scottish breakfast! 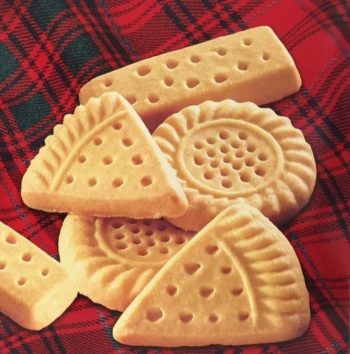 What’s not to love? It is buttery, crumbly and sprinkled with a touch of sugar, I’d be surprised if you weren’t offered a plate of shortbread everywhere you go between Christmas and the New Year in Scotland. Pair it with either a coffee or a traditional whisky for a post-meal nibble if you can’t face a full dessert after your haggis. Shortbread also happens to be a fail-safe first-foot item.

The ‘first foot’ is still a very common Scottish New Year tradition. The first-footer is the first person to enter the home of a household on New Year’s Day, any time after midnight, and is seen as a bringer of good fortune for the coming year.

To ensure good luck, a first footer should ideally be a dark-haired male. Fair-haired first footers have not been particularly welcome since the Viking invasions of ancient times.

To first foot a household empty-handed is considered grossly discourteous, never mind unlucky! You must not only bring yourself, but a gift of some description for the kind host. Traditional gifts include a lump of coal to lovingly place on the host’s fire. A gift of a silver coin is considered good luck and represents financial prosperity, you could also bring bread, salt,  evergreen, or whiskey to represent food, flavour, long-life, and good cheer respectively.

Another tradition often practised during the Scottish New Year are bonfires and fire festivals, which may have pagan or Viking origins. The use of fire to purify and drive away evil spirits is an ancient idea.

One of the most spectacular fire ceremonies that takes place today is held in Stonehaven. This unique festival sees 60 fireball swingers dressed in costume parade down the High Street swinging their lit 2ft round cages filled with paraffin soaked rags in a spectacular display to celebrate Hogmanay. The fire is thought to represent the power of the sun and again is a nod to the Winter Solstice celebrations where the fire is thought to purify the world of evil spirit.

Like the annual spring cleaning in some communities or the ritual cleaning of the kitchen for the Jewish festival of Passover, families traditionally did a major cleanup to ready the house for the New Year. Sweeping out the fireplace was very important and there was a skill in reading the ashes, the way some people read tea leaves.

Another part of the annual clean-up, that probably is more remembered than observed these days, was paying off all outstanding debts before the stroke of midnight.

After the big cleanup, at a time of year when fire plays such a huge part in celebrations, it’s only natural to bring a bit of it into the freshened house. And of course, soap and water and dustpans don’t really deal with all those folk from the invisible realms. So someone goes from room to room carrying a smoking juniper branch to discourage evil spirits and chase away disease.