Home➤ News & Events➤ Blog➤ Scottish Slang 1.0 (The Ultimate Guide to Help You Blend in North of the Border)
BECOME A LORD OR A LADY NOW

Scottish Slang 1.0 (The Ultimate Guide to Help You Blend in North of the Border)

You could be forgiven for thinking that Scottish slang is an entirely different language to the rest of the UK; between the broad accents and regional variations in which they speak, as well as words carried over from Gaelic and languages of old, it’s almost as if they don’t want to be understood at all in some areas!

So I’ve made it my mission to become acquainted with the local pattern, and whether you are travelling to Scotland or just feeling curious about the mysterious Scottish lilt, some of these words and phrases are sure to bring a smile to your face.

Scotticism is my new favourite word! It means a phrase or a word which is characteristic of dialects of the Scots language. How many Scotticisms do you think you know?!

Where does Scottish Slang come from?

Many of the words most commonly used in modern Scotland are borrowed from Scots, a 600-year-old language with Germanic origins. Around 60,ooo people still speak Gaelic, but only a seldom few words have made it into daily Scottish usage. Some words are easy to understand, being more to do with pronunciation than anything else, but there are some words that I never would have guessed the meaning of.

Many of the visitors to Scotland are confused by the unique Scottish slang words, and to make things even more confusing, each region have their very own variations of common words, for example in Edinburgh they talk about ‘bairns’, but in Glasgow they speak of ‘weans’, both meaning small children. 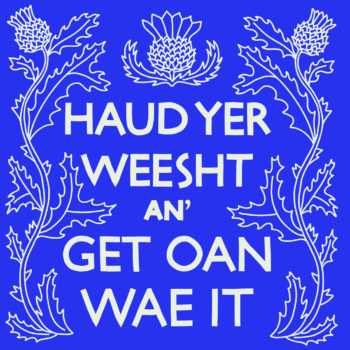 For some reason there seems to be a lot of assumption about Scots being more aggressive than their southern neighbours. I mean, I won’t deny they are passionate folk, but it goes both ways, as well as some of the angriest words spoken, since being in Scotland I’ve definitely heard some of the most affectionate too.

Hen– being perhaps the most widely recognised. Not to be confused with the feathery fowl, but instead referring to a female, often a younger lady, used as a Scottish term of endearment, much like honey or sweetheart might be used further South.

If aforementioned hen was a particularly lovely looking girl, she might be referred to as a bonnie lass (pretty or beautiful).

And if you have found yourself out for an evening in any local Scottish establishment, don’t be surprised to find the gorgeous people surrounding yourself described as braw (men) and tidy (women).

It can also be very confusing in Scotland, often something that sounds like an insult can actually be a term of endearment. ‘Awright ya wee bawbag?’ (a bawbag being a scrotum) is a greeting only really used between close pals.  In the right context it is no more offensive than saying ‘Hello, how are you my friend?’.

And then we have ‘Lang mae yer lum reek‘, which sounds like it would be announced accompanied by an unpleasant smell, but is in fact a pleasant Scottish sentiment, originally translated from ‘long may your chimney smoke’ and now meaning something akin to I wish you a long and healthy life.

If there is one thing the Scot’s are good at, it’s their wonderfully creative and offensive swearing culture, with a large selection Scottish curse words. Starting from the fairly inoffensive, you can often hear kids underfoot being referred to as a ‘div’ or a ‘dafty’– both basically meaning a fool! You could ramp this up to the next level by escalating this to a ‘numpty’ or a ‘nugget’ if we are talking about a particularly foolish fool!

As mentioned above, the word ‘bawbag’ seems to come up a lot in conversations between pals and is taken relatively inoffensively- but there is definite scope for using it as an insult too if the context is right and you apply enough venom behind it!

In fact, you may have heard of the word in the media before, back in 2011, when the weather in Scotland attracted worldwide attention, and ‘Hurricane Bawbag’ became an internet sensation.

Scotland have several of their own slang words for body parts, of which I have to say my absolute favourite is ‘bahoochie’ for your bum, and a ‘banger’ for a gentleman’s private parts.

Scots have some of the most amazing insults at their disposal. Awa’ n bile your head seems to be one that crops up across the breadth of the country, and it literally means ‘go away and boil your head’ or in simpler terms- get lost!

And if you are looking for an unpleasant name to call someone, how about one of these Scottish Insults:

There are a few of these which I can’t wait to adopt into my everyday vocab- here’s hoping that nobody in the office can understand what I am calling them!

And if the above Scottish insults weren’t offensive enough for you, how about sticking one of these insulting adjectives in front…

Doolally – Not the full shilling

Feel free to let us know your favourite combinations from the lists above when practising your own Scottish insults. And if you find yourself on the receiving end of one of these Scottish insults? Well can we suggest a less than polite ‘Shut yer pus’ which pretty much means ‘shut up’ or ‘shut your mouth’ to silence the speaker!

In fact, there are a TON more even more offensive Scottish insults used across the country.  But in the interest of keeping polite company, I won’t divulge anymore- I don’t want to cause any heart palpitations, so I’ll just leave you there with another link, just in case seriously sweary Scottish insults is a topic you’d like to read more on. 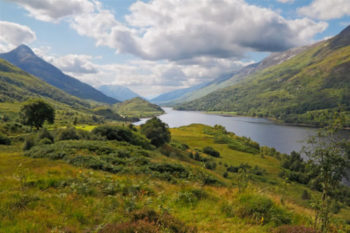 View of the beautiful Monadh in Glencoe Wood

It wouldn’t be right to spend so much time talking about all the rude and crude depths of Scottish slang without coming full circle to some of the more beautiful parts of the Scottish language. Obviously, the land of Rabbie Burns is famed for it’s romantic poetry, so let’s dip into some of the loveliest Scottish words…

Our top 10 beautiful words (and their meanings) are:

What are some other Scottish words?

If you are trying to blend into the background when travelling north of the border, but don’t feel able to pull off some of the more ‘out-there’ Scottish slang discussed above off, can I recommend throwing a few of these into common conversation…

I mean that’s really just the tip of the iceberg when it comes to speaking ‘Scottish’, but couple a few of these with a daring kilt and a thirst for Irn Bru and you are at least halfway there!

There are many famous Scottish slang phrases that crop up in daily conversation, some of which have origins so old that it is unknown who first said them, but others can be attributed to Scottish celebrities or historical figures.

For a complete collection of Scottish sayings SEE HERE, or check out a few of our faves…

Do the Scottish use Rhyming Slang? 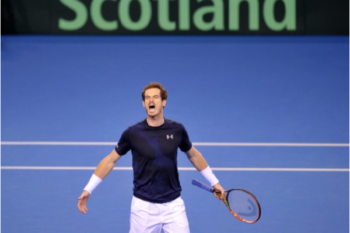 Yes, they do! You may already be familiar with Cockney Rhyming Slang, but it seems to be news to most that there is a Scottish version too. What makes Scottish Rhyming Slang so wonderfully unique is that it is based entirely on pronunciation and not written form.

So for example “corned beef”, is rhyming slang for ‘deaf’. Now that doesn’t appear to rhyme to most of us- but what it does rhyme with is the Scottish pronunciation of “deif”.

And plenty of celebrities lend their names to rhyming slang as well. A quick round-up of our favourites include:

The super Scottish tennis pro comes into conversation regularly on a Friday in the pub- “Fancy gettin’ an Andy Murray the night?”

Again, the pronunciation may seem a little off if you don’t have a Scottish lilt, but now if you get asked “Grab us a Mick Jagger, pal!” you’ll know the speaker is probably after a pint of Tenants and not the Rolling Stones front man!

If you aren’t familiar, Gordon Strachan is the Scotland football manager and former player and this may be heard in the context of “That wiz pure Strachan.”

This one seems pretty apt, but if you are asked to “Goan turn oan the Lorraine Kelly?” they mean stick the telly on, and maybe you’ll even catch a programme starring the Scottish television presenter, journalist and actress herself!

And finally, let me leave you with a few other questions I have been asked to find the answer to…

What is the Scottish word for friend?

Charaid, or Mo Charaid for my friend, is the official answer, but colloquially the terms I have heard most seem to be chum and pal!

Does anyone really say “och aye the noo”?

Short answer- NO! The truth is, you’ll probably never hear anyone use these four words together, apart from in a comedy scene. People do say “och aye” and they do say “the noo”, just not strung together. Therefore, could be offensive to Scottish people.

I love you in Scottish slang?

A translator tells me they would say ‘a loue ye‘. So more or less the same, just with a sexy Scottish accent!

Now this is one word they have plenty of versions of! Blootered, Steamin’, Wrecked, Bladdered, Hammered, Sloshed and Smashed to name just a few of the more regular sounding ones. ‘Ooot yer tree’, ‘Steamboated’, ‘Mad wae it’ and ‘Ooot the game’ being some of the stranger sounding phrases!

What does ‘Yer bum’s oot the windae?’ actually mean?

Admittedly, the direct English translation of ‘your bottom is out of the window’ doesn’t make much sense. The actual meaning of this phrase is something along the lines of ‘You are talking rubbish’, or even ‘You’re not making any sense’.

History
Are These Celebrities Descendants of Clans? »
History, Tourism
The Links Between Scotland and the USA »