“File:Callanish standing stones 1.jpg” by Marta Gutowska is licensed under CC BY 2.5.

Standing stones can be found throughout Scotland at many sights. They date back to 10,000 years ago and are believed to serve as a place for ritual activity back in the day.  16 stone circles can be found in Scotland.

A Brief History of Standing Stones 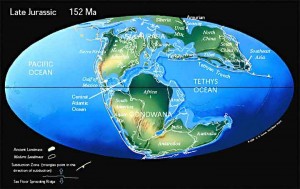 Long before the first stone circle was built, and the Achara Stone erected near Keil Hill (see The Story of Keil Hill and its people) the country we know today as Scotland was part of the prehistoric continent of Laurasia, destined to divide itself into North America and Europe. The spit of land we call England was very much part of the European landmass while Scotland stayed with the American continent. After a few more millennia Scotland eventually broke away from mainland America and bobbed across the primordial bouillabaisse to bump into the top of England, around 400 million years ago.

Scotland was in no hurry to attach itself to England. For countless millennia it (with many other bits of countries) wandered the planet like the ancient mariner, experiencing itself as a tropical swampland, a beautiful Equatorial region surrounded by azure seas and coral reefs. It even spent some time as an arid desert before cooling off again. In the last million years, it has borne no less than 6 ice ages, the incremental ebb and flow of humongous glaciers carving out the distinctive mountains and valleys we know today.

Eventually, England and Scotland became firmly welded together roughly along the line where Hadrian’s Wall was built (Geologists must find that a bit spooky). The impact helped to form the Hebrides. In 6000BC the whole caboodle began to break away from Europe as the English Channel rose. Early civilisations had already travelled west, so by the time Britain was an island, there were people living on it as far north as Scotland.

From 9000BC we begin to find the first human evidence in Scotland. The oldest site we know of is on the Isle of Rum. Early settlers here were hunter-gatherers from the Mesolithic (Middle Stone Age) period. The rise of the Neolithic (or Bronze Age) period began around 3000BC, when we have the beginnings of agriculture and the development of permanent villages. Around 3180BC, Skara Brae, in Orkney, a highly developed Neolithic village, was built. Older than the pyramids, older even than Stonehenge, it was used by generations of families for 600 years and then mysteriously abandoned. 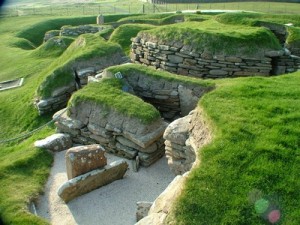 Sea storms buried the village in the sand, perfectly preserving Skara Brae’s stone walls until the whole complex became hidden beneath a hill and forgotten for 5000 years. Then in 1850 during a fierce storm, the top of the hill was blown off revealing some of the stone dwellings, much to the locals’ amazement. Since then, excavations have revealed much more.

Each dwelling, eight in all, had its own hearth, dresser, beds and stone boxes for storage. They were identically built, and linking passages ran between the homes of this close-knit community. 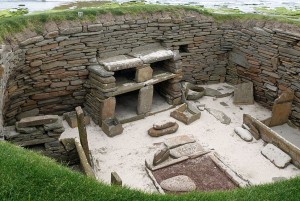 At that time in history, a new and unprecedented wave of building was taking place. Circular earthworks called henges were being constructed all over Britain, and some of the first were in Scotland. Not all henges contained timber or stone circles, but some did.

The earliest are the Standing Stones of Stenness on Orkney, thought to have begun around 3000BC. This was followed by the chambered cairn of Maeshowe in 2800BC, and the ambitious Ring of Brodgar around 2500BC. This last originally contained an impressive 60 stones in a perfect circle. It is likely that the family lineages of Skara Brae had much to do with the construction of both the cairn, Stenness and the Ring of Brodgar. 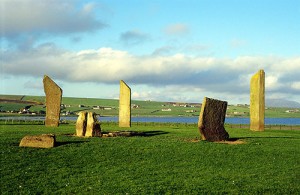 No one knows the reason for these henges or stone circles. They seem to have astronomical significance, and it could be this was part of a new religion that swept Britain. Why the Neolithic people chose remote islands like Orkney and Harris to spend countless man-hours on these arduous constructions is even more mysterious. As with Avebury and Stonehenge in the south of Britain, they often formed a central feature in a much larger area of building and landscaping. Pathways and other constructions linked them together. Today stone circles like these seem remote and isolated, but back then they were centres of activity. As to what that activity was, we can only make an educated guess! 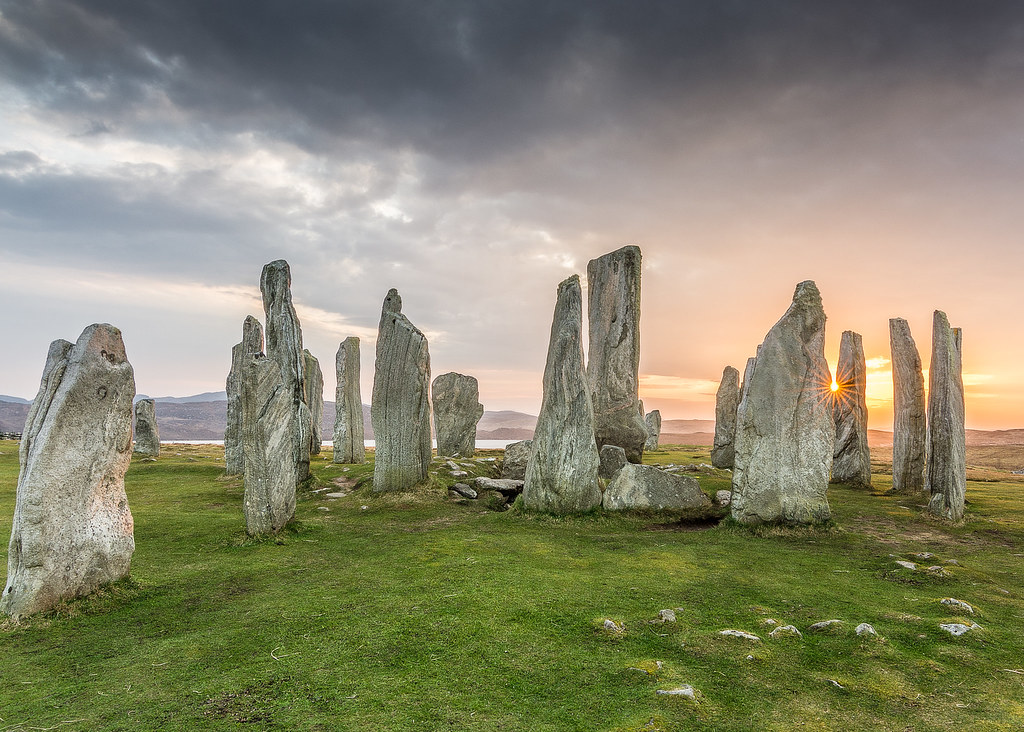 “More Callanish Stones” by Christopher Combe Photography is licensed under CC BY 2.0.

These stones are 5,000 years old and are located on the Isle of Lewis. It is a cruciform-shaped stone circle that is well known around the world. 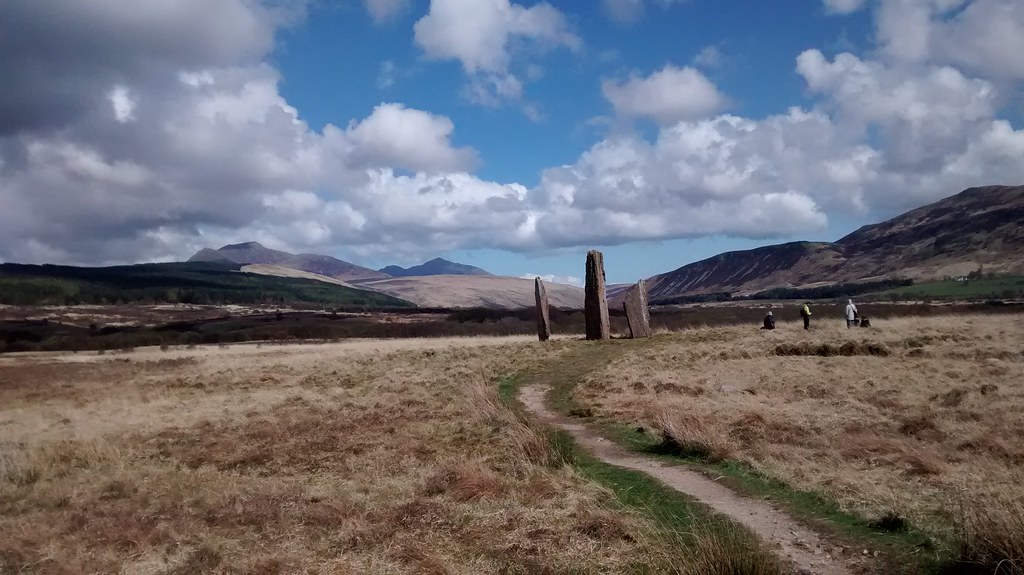 Located in the North Ayrshire Machrie Moor Standing Stones are famous among “Outlander” fans. There are no less than 6 circles at Machrie dating back to 3500 B.C. 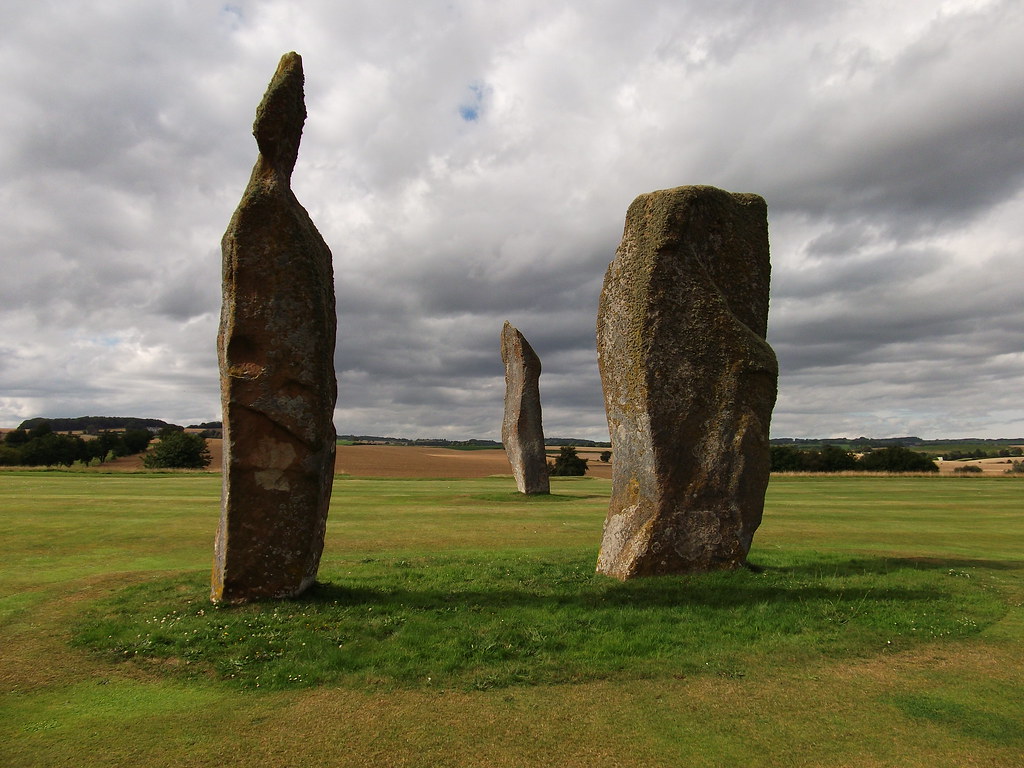 “Lundin Links” by Steve Marlow is licensed under CC BY-NC-ND 2.0.

Standing Stones Of Lundin are 5 stones about 5 metres high in the middle of a golf course. With the evenly trimmed golf grass, the stones look even more mesmerizing and peculiar.  Don’t forget to ask permission from the gold club before visiting. 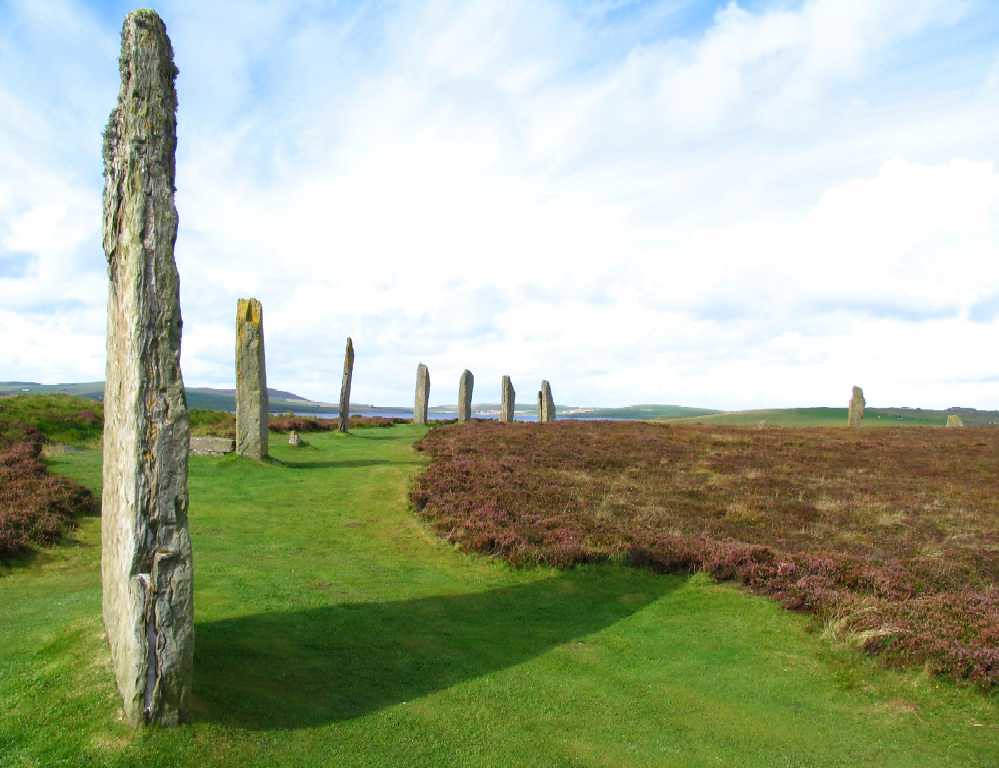 Ring of Brodgar
by thornypup

Scientist are not sure what is the exact age of this stone circle, however, the estimate is 2500-200 B.C. Nowadays, only 27 stones stand out of the previous 60 that stretched in the circle over 300 feet in diameter. 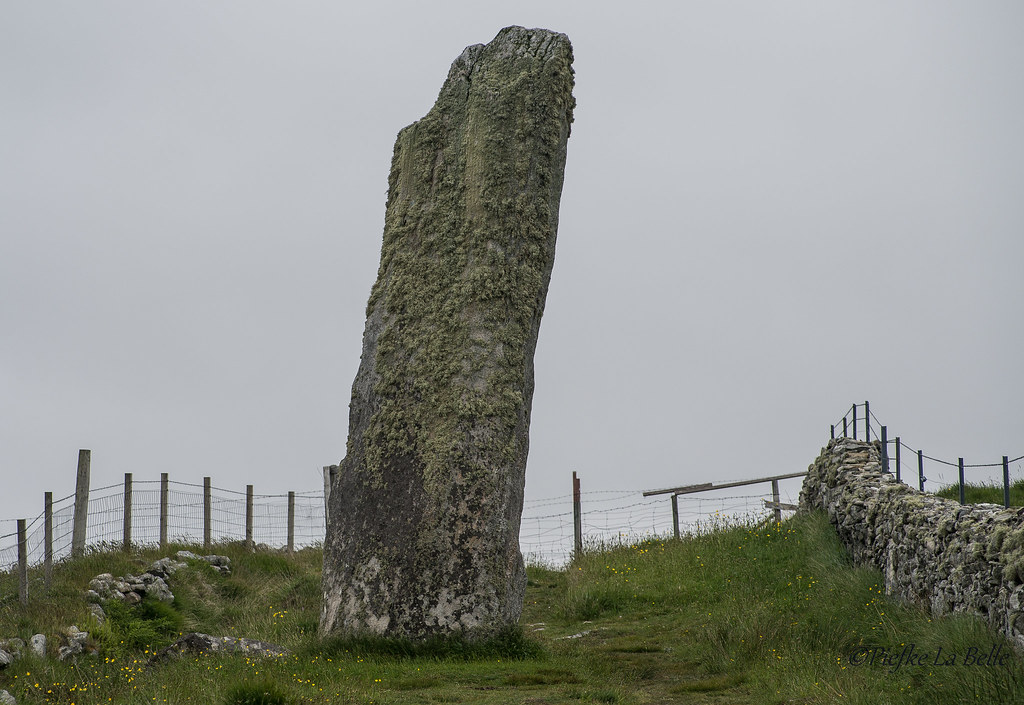 “Clach an Trushal(the tallest standing stone(Menhir) in Scotland at 5.8 metres tall) Isle of Lewis” by Piefke La Belle is licensed under CC BY-NC 2.0.

Scotland’s tallest solo standing stone of 19 feet with 6 feet under the ground. This mega monolith is located on the Isle of Lewis in the village of Baile an Truseil.

The Stones of Stenness

It is believed to be the oldest of the standing stones in Scotland. Standing Stones of Stenness is a 12-stones circular monument surrounded by a ditch. What is interesting is it is located in proximity to other henges which makes it even more interesting.

Uncategorised
Tremendous Trees – The Oak »
History, Tourism
The Links Between Scotland and Norway »