Summer in the Nature Reserve

In June we had a record number of visitors to the nature reserve. 596 were recorded on our gate counter in just one month, and the number has been increasing every month since the beginning of this year. It’s so heartening to see increasing numbers of people enjoying the reserve and all that it has to offer. It means our hard work is beginning to pay off.

For those of you who have bought 10 foot square plots or above, you have room enough to pitch a tent. Just imagine enjoying your morning cuppa and drinking in the enchanting scene below.

Because of the size of the reserve, there is plenty of room for campers at any time and they would be able easily to find a secluded spot where they wouldn’t be overlooked by any neighbouring campers. There are plenty of little hide-away places, where only foxes, badgers and the occasional deer travel at night. Don’t believe what you read on our Facebook pages about haunting pixies or tiny aliens! (See link)

Some of the summer flowers are particularly interesting. Take the birds nest orchid, a weird and unusual plant. It doesn’t photosynthesise, but gets its sustenance through its underground filaments. Not really a plant at all. It’s a fungus pretending to be a plant. The root filaments below ground are a ball of jumbled spaghetti, which gives rise to the name ‘birds nest’. Perhaps one day it will evolve into a proper flower and learn to photosynthesise for its food. Stranger things have happened. 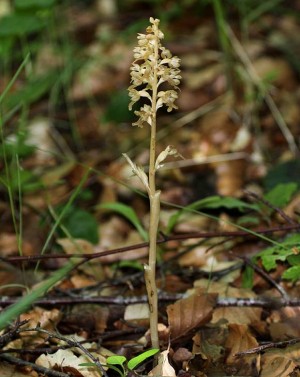 Meadowsweet is a common enough feature of summer, flowering in June, its long stems carry masses of tiny white sweet smelling flowers. There’s plenty of it in the nature reserve, which many of us pass by not realising just how useful a plant it is, and what a rich history it has enjoyed throughout our culture. Meadowsweet was also named mead wort because it was used extensively in brewing as a flavouring for ale and mead.

As well as giving a pleasant flavour it has many medicinal properties which our ancestors made use of. It soothes colds and flu, acts as an anti-inflammatory, cures nausea and calms the mucus membranes of the digestive tract. It contains many antioxidants, but its main claim to fame was its use to Felix Hoffman in 1897 when he successfully synthesised Aspirin using the salicin present in the plant, a form of salicylic acid that was easier on the stomach than that of other species. The name Aspirin is in fact derived from meadowsweet’s older Latin name Spirea ulmaria.

In the Middle Ages and beyond it was used mostly as a ‘strewing herb’ for weddings, and on the floors of chambers, banqueting halls, and people’s houses in summer ‘for the sweet smell thereof makes the heart merrie and joyful and delighteth the senses’ (John Gerard, 1597). It’s hard to imagine these days spreading cut flowers underfoot and grinding them into the carpet with your slippers, but back then houses were not the sanitised spaces we know today. According to reports, Queen Elizabeth I herself preferred to have meadowsweet strewn about her chambers. It was a different world back then!

You’ll see many other varieties of flora in the reserve, among them foxgloves, rosebay willow-herb and bugle, all of which are common. Some of the wild grasses are invaluable to butterflies, especially purple moor grass. 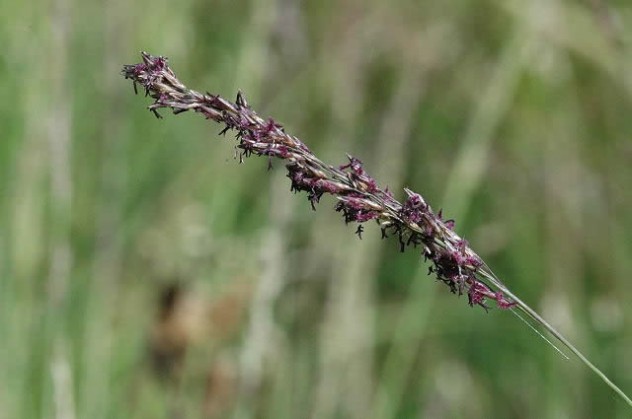 It’s on purple moor grass that the now very rare chequered skipper butterfly lays most of her eggs. Although this butterfly became extinct in England in the seventies, it still survives in the West of Scotland. The larvae roll themselves up in a blade of grass and hide there from predators in the daytime, coming out to feed at night. Pretty clever for a caterpillar. You can see the adult chequered skipper flitting about from May to as late as August depending on the weather. 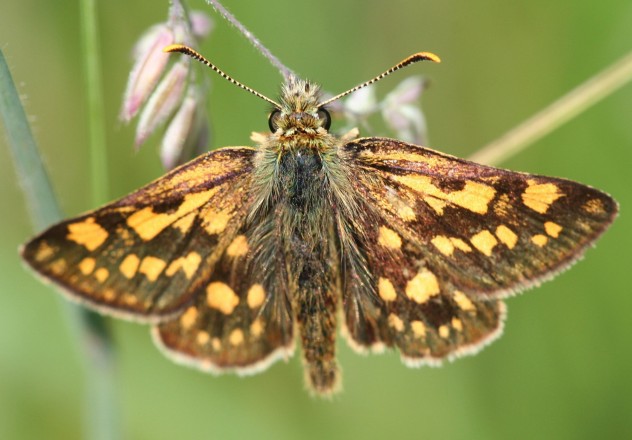 Chequered Skipper, Carterocephalus palaemon,   By Svdmolen – Own work, CC BY 2.5, $3

We hope many more of you can make it over this summer to the nature reserve. If not there will be plenty of other years where, as we continue to develop, we hope to see ever more diverse and interesting species to tell you about.

General, History, Uncategorised
Ballachulish and the Appin Murder »
Nature Reserve, News from the estate
Update from the Reserve – July 2021 »