The 2016 Highland Titles Gathering has now come to an end and we have to say this was the best one yet. We are hard pressed to remember a time when we’ve had such stunning weather and it wasn’t until Stephen officially declared the event closed that the first few raindrops fell! With temperatures in the low to mid 20s, it’s safe to say that there are a few people that may have been slightly ill-prepared in their packing (woolly sweaters and wellies, anyone?) 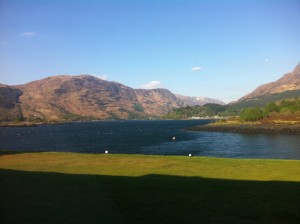 It was three days of meeting and mixing in the sunshine with many interesting and informative talks throughout. Day one kicked off at 1pm with a champagne welcome and the first presentation from writer and conservationist Dr. Mark Avery followed by Alan Watson Featherstone, founder of Trees for Life UK. Mark shared his passion for the banning of driven red grouse shooting in the UK which Peter wrote about in an earlier post (including the petition you can sign to join the cause) while Alan took us through a very factually interesting journey through his work repopulating the Caledonian Forest, which now only covers approximately 3% of the area it once did.
After the talks we broke for a few hours while people prepared for dinner and got the most out of the remaining hours of sunshine. Just before dinner started, the local Lochaber Pipe Band (proudly sponsored by Highland Titles) came by to entertain our guests with a few traditional tunes. 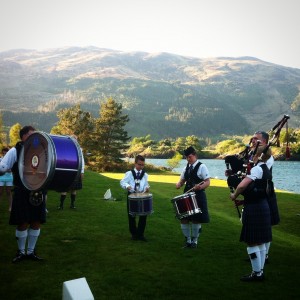 The formal 4 course dinner included a choice of starters: venison or asparagus and brie roulade, regular or vegetarian haggis, mains of angus beef fillet or field mushroom risotto, and a delicious rhubard and custard tart to finish. Dinnertime entertainment was provided by sleight-of-hand magician Billy Reid and a local harpist.

The second day was a bit more action packed, starting off in the morning with a hearty breakfast at the hotel followed by two presentations. The first, from Wildcat Haven founder, Paul O’Donoghue, was full of heartstring pullingly cute photos of the “Scottish Tigers” and convinced quite a few of our Lords and Ladies to get involved before he had even finished.  The second and final presentation of the day, an eye-opening chat from Warren Bader of Plan Bee Ltd, really hit home with our attendees as he shared the vital importance and plight of bees worldwide and what we can do to help, even at home. Both were incredibly interesting and we are proud to support both causes in their conservation efforts.

Post presentations, it was time for a BBQ lunch on the front lawn before loading up on the coaches and heading out to the reserve! This is, for most, the highlight of the event and it did not disappoint! While some attendees chose to wander through on their own, many opted for the led tours by Stewart, David, John and Ann, our volunteer French guide for the day. Some ventured out to find their plots using the Highland Titles “App“, and many came back the next day to have another wander about. It was so great to share with the attendees the progress we’ve made and our plans for the future. 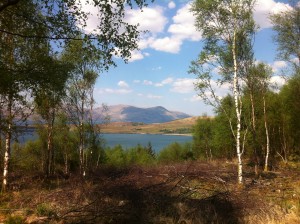 Upon returning to the hotel, guests were treated to a whisky tasting and presentation on the Massacre of Glencoe, the region’s most infamous historical tale. With a warm belly of whisky down, it was an evening of socialising and dinner and many Lairds retired early after a day of fresh air and exploration.

The final day began at 10am with a fantastic display of Scotland’s Birds of Prey from Phoenix Falconry followed by two hours of activities in the sunshine! Guests had the choice of a zip around Loch Leven on RIB (Rigid Hulled Inflatable Boats), zooming around on segways or trying their hand at laser clay shooting.  Many guests managed to fit in all three. 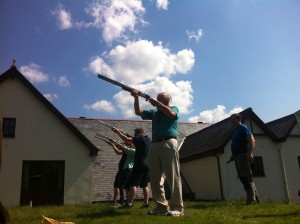 Most chose, as well, to soak up the remaining sunshine while they could, as we knew the time was drawing to a close. One o’clock brought a final lunch followed by a clan re-enactment involving historical weaponry and dress. 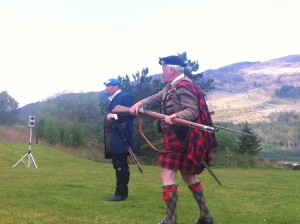 Just as the clouds rolled in, it was time to announce the close of the 2016 Gathering. We made many friends from around the world and are so glad so many of you made the trip and truly hope you can make it again next year (though…we can’t promise the weather will be as pristine!)

Tickets are on sale now!

Did you attend this year’s Gathering? Who was your favourite presenter? What would you like to see more of? Let us know below!