The Links Between Scotland and Denmark

In terms of their landscapes, Scotland and Denmark could not be more different. Scotland’s rugged mountains stand in stark contrast to Denmark’s flat and low-lying land. Yet beyond these superficial differences, there are many similarities and points of accord between the two nations. Scotland has many cultural, and even linguistic links with Denmark, as it does with other Nordic nations. A strong history of settlement and co-operation between the two countries has created the foundations of a firm connection.

Scotland has around the same population as Denmark, with much the same infrastructure, resources and talent. But GDP per person is only £33,000 per person in Scotland, while in Denmark it is the equivalent of £52,000. This has led many to the conclusion that Scotland can learn much from Denmark, moving forward. The country can take lessons from Denmark when determining the best future course. A similarity in mindset, culture and geographical location can make this process easier. It makes it easier for the two nations to co-operate, forge new links, and work together in new and exciting ways.

01. The Historic Background to Links Between Scotland and Denmark

Norwegian-Danish Viking raids and Viking settlement in Scotland lead to a Scandinavian period in Scottish history between the 8th and 15th Centuries. Orkney and Shetland were part of Denmark-Norway until 1468, when they were pawned to Scotland, and many Scottish islands were under Viking rule before that time. Certain cultural and especially linguistic links endure from this time period.

These links between Scotland and Denmark formed a foundation for later links between the two nations. The chronicler Arild Huitfeldt maintains that Christian II (1513-23) favoured foreigners, especially Scots and Netherlanders, at the cost of Danish natives, which was one of the reasons for the rebellion of the nobility against him. The truth of such statements is unknown, but there were considerable numbers of Scots in Copenhagen and Elsinore during this time period.

Evidence for this can be seen in the existence of special Scottish altars in churches in these cities. In Elsinore, place names such as Skottebakken, Skottehuset and Skottestraede commemorate Scottish residents. The number of Scottish weavers in Copenhagen led to the establishment of a guild of weavers in 1550, Scottish mercenary soldiers fought in both the Danish and Swedish armies in the Northern Seven Years War (1563-70). In 1586, a German traveller wrote of the great number of Scottish pedlars in Denmark. 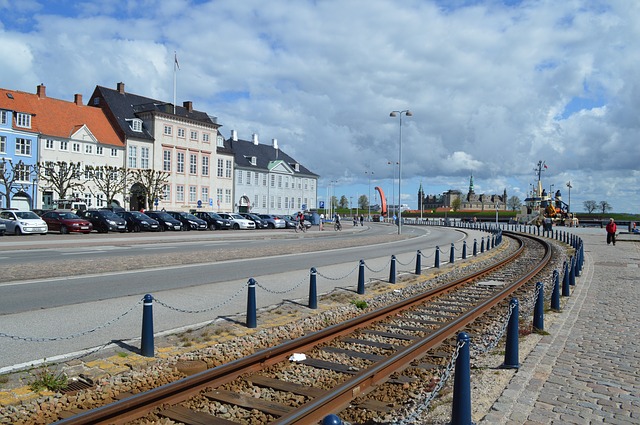 Between 1770 and 1825, Danish folk music was strongly influenced by English and Scottish music. This influence in the musical realm can still be detected as a strong influence in Danish music, and has resulted in many points of similarity between Scotland and Denmark’s musical traditions. Celtic influences also played a role in folk revival in Denmark in more recent years.

Today, the influence of Scots in Denmark can be seen in the surnames which have clear Scottish roots. Many people acquired the surname Skotte or a variation thereof, and there are still quite a few to be found in telephone directories.

Margaret of Denmark was Queen of Scotland by marriage to King James III between 1469 and 1486. She was the daughter of Christian I of Denmark and Dorothea of Brandenburg. The marriage was brokered to stop a feud between Scotland and Denmark regarding debt owed to Denmark over the taxation of the Hebrides and the Isle of man. The Scottish debt was cancelled at the marriage, in 1469. Sadly, the marriage was not a happy one.

A permanent estrangement occurred, and the couple lived apart – James III in Edinburgh, and Margaret in Stirling Castle with her children. She died there in 1486. There are some claims that she was poisoned by John Ramsay, 1st Lord Bothwell. But this may be slander, and the truth of the matter is unknown.

A mediaeval wandering scholar who lived between 1450 and 1520, Peter David was born in or near Aberdeen but went abroad to study. He seems to have ended up in Denmark by chance. He became the first dean of the faculty of arts in the University of Copenhagen. He was a doctor of theology who was six times elected rector of the university and is believed to have been Danish Ambassador to Russia in 1496. He died of the plague in 1520.

Believed to have been born in Kinghorn, Fife, Alexander Kinghorn was a professor of medicine who came to Denmark in 1513 to become a professor at the University and a physician-in-ordinary to Christian II. He served as rector the University and became dean of the chapter of Roskilde in 1521. He also acted as a diplomat for Christian II, especially to Scotland. He lived at Leith and struggled against envoys of Frederik I at the Scottish Court.

One of the best-known Scots in Denmark, John MacAlpin was prior of the Dominican convent of Perth, but he embraced Protestantism and fled Scotland for England in 1534. In 1542 he was made a doctor of Theology and appointed professor at the University of Copenhagen. He was rector of the University in 1544 and 1549 and was on the committee which prepared the Christian III Bible – the first complete bible in Danish, which appeared in 1550. 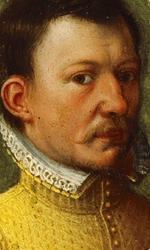 This prominent Scottish nobleman is best known for his association with, abduction of, and marriage to Mary, Queen of Scots. His marriage to the Queen was controversial and divided the country. He fled the growing rebellion to Norway (then ruled by Denmark). Caught off the coast of Norway (where he may have hoped to raise an army with the support of Frederick II of Denmark) he was escorted to Bergen.

There he met Anne Throndsen. She raised a complaint against him, suing him for abandonment and return of her dowry, while Bothwell was remanded in Bergenhus Fortress. Sent to Copenhagen, Bothwell was imprisoned at Dragsholm Castle, where he was held in terrible conditions and died in 1578. 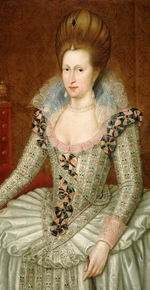 Queen consort of Scotland, England and Ireland, Anne of Denmark married King James VI and I in 1589. She bore him three children who survived infancy, including the future King Charles I. She was born in 1574 at Skanderborg Castle on the Jutland Peninsula of the Kingdom of Denmark and was sent with her older sister to be raised at Gustrow by her maternal grandparents. The marriage took place by proxy at Kronborg Castle. Anne’s fleet set sail for Scotland, but after bad sea conditions, they were forced back to the Norway coast.

James set sail to fetch his wife personally and they were formally married at the Old Bishop’s Palace in Oslo. The couple spent time with Anne’s relations before making their way to Scotland. Though the marriage seemed strong at first, marital frictions evolved. However, their line continued. Queen Anne was the last of the House of Stuart, but their great-grandson succeeded the British throne as George I, starting the House of Hanover.

03. Current Trade Between Scotland and Denmark

Scotland sold £875 million worth of exports to Denmark in 2017, 2.7% of total exports. On average, between 2013 and 2017, exports of Denmark have increased by an average of 3.1% each year. With the uncertainty surrounding Brexit, and the potential for Scottish Independence in the future, the Scottish Government are seeking to strengthen trade links between the two nations.

In order to promote Scottish-Danish trade, Scottish Development International has an office in Copenhagen, which helps Scottish businesses looking to trade in Denmark. Many Danish companies also operate in Scotland, many involved with Scottish people in the fields of energy, engineering and advanced manufacture, and sciences.

Trade is not all one way. While Scotland is a net exporter, the country does import a number of items from Norway, including – famously – Danish bacon – a Scottish favourite and a key ingredient in a full Scottish breakfast. 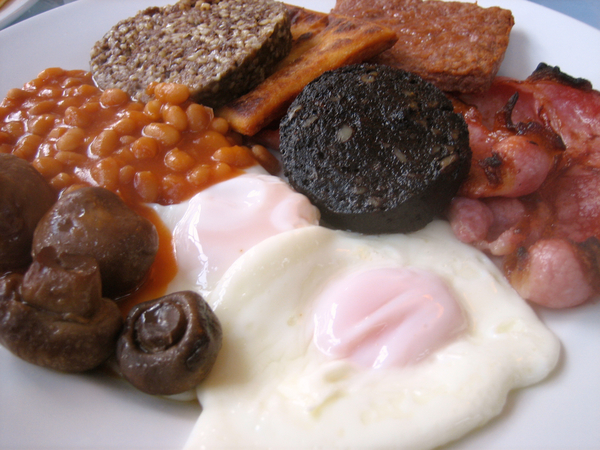 Danish companies have played a major role in shaping the current Scottish economy. Arguably not only in positive ways. Shipping giant Maersk Oil played a major role in the rapid growth of Aberdeen from a fishing town to the offshore oil capital that it is today. The second richest individual in Denmark, Anders Holch Povlsen, who is the largest shareholder in fashion companies Bestseller and Asos, is now one of the largest landowners in Scotland, with more than eleven estates comprising a property portfolio worth more than £100 million.

In the Nordic Policy Statement of 2017, the Scottish Government set out their goals for strengthening relationships between Scotland and Denmark. To promote their relationship with Denmark, they declared their intention to learn from Denmark in order to progress ambitions for district heating and Scotland’s Energy Efficiency Programme.

The Scottish Government aims to reduce CO2 emissions by 80% by 2050. By 2032, the aim to to reduce energy consumption in buildings by 15% and their carbon emissions by 23 %. A new Memorandum of Understanding (MoU) between Scotland and Denmark, signed in the Scottish Parliament in Edinburgh, renewed an intention to collaborate on low carbon heat, district heat systems and energy efficiency in buildings. This agreement supports an exchange of knowledge and experience that will allow Scotland’s Government to meet these environmental goals.

In addition to working together on these matters, the Nordic Baltic Policy also set out intentions to promote relations with Denmark through exploring current practice in Denmark on gender recognition in law, and disability benefit delivery, and through participation in the Districts of Creativity (DC) network along the Central Denmark region and Tempere in Finland.

04. Educational and Cultural Links Between Scotland and Denmark

A number of programmes, run with co-funding from the EU’s Erasmus Plus scheme, have strengthened cultural ties between Scotland and Denmark. One such programme was the ‘Transposition’ cultural exchange, between the National Youth Arts Advisory Group of Scotland, and the Taenketank for Ungekultur from Denmark which took place in 2018. This cultural exchange explored the cultural resources available for young people in both countries, and determined their strengths and weaknesses to see what each country could learn from the other.

Culturally, the Scots and the Danish share a dark sense of humour. This dark sense of humour was exemplified in the 2002 film, ‘Wilbur Wants to Kill Himself’. It was set in Scotland, and directed by Denmark’s Lone Schering. Danish noir TV dramas have also been increasingly popular in Scotland in recent years. 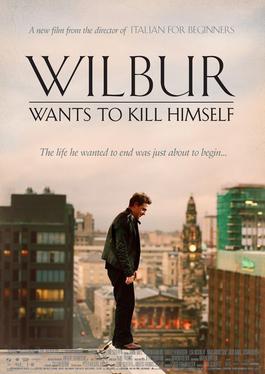 Poster for Wilbur Wants to Kill Himself. All rights reserved to Zentropa Entertainments 6 Wilbur Lt

Arguments for Scottish Independence, especially after recent events in Westminster, are gaining momentum – both in Scotland itself and around Europe. Interestingly, there seems to be strong support in Denmark for an independent Scotland to remain in the EU. A poll of Danish public opinion in 2017 found that 67% support the idea, while only 8% were in opposition. Cultural affinities can be found with areas of Danish territory which are vying for their own independence – yet Scotland’s progressive and outward-looking nationalism also finds cultural affinity with political thought in Denmark proper.

As countries that share a strong sense of outward-looking nationalism, and prevailingly liberal social views, Scotland and Denmark are sure to maintain close links in the coming years, whatever may come.

History
Did The Declaration of Arbroath Inspire the American Declaration of Independence? »
General, Tourism
The Scottish Breakfast; 1 delicious tradition you will not want to miss! »