The Links Between Scotland and France

Scotland may be a small country, but it has forged links that spread like a web all over the world. One country with which Scotland shares an ancient cultural rapport is France. So, in order to better understand Scotland’s place in the world, and the connections it has with other countries, let’s take a look at the links between Scotland and France.

01. The Historic Background to Links Between Scotland and France

Nothing brings two nations together like a shared dislike of another one! Scotland and France were brought together by their shared interest in controlling England’s aggressive plans for expansion. Drawn up by John Balliol and Philip IV of France in 1295, the Auld Alliance was first and foremost a diplomatic and military alliance. Yet the alliance also brought other links – including trade between the two countries which brought steady supplies of fine French wines to quench the Scot’s insatiable thirst, and sent many Scots to France to fight the ‘Auld Enemy’.

After Henry V’s famous victory at the Battle of Agincourt in 1415, 12,000 Scots heading off to fight for France. At the Battle of Bauge, they defeated the English and killed the Duke of Clarence. However, at Vernuil in 1424, things did not go in their favour. A Scots army numbering some 4,000 men was completely wiped out. Despite this defeat, however, the Scot’s had bought France some valuable breathing space and ultimately saved the country from English domination.

Many Scots chose to stay in France. Some joined Joan of Arc in her famous relief of Orleans. Others became the Garde Écossais – the fiercely loyal bodyguard of the French Kings. As was stipulated in the terms of the alliance, Scot’s mercenaries were free to settle in France, and many did so. Though then, as now, they would always think of themselves as Scots. 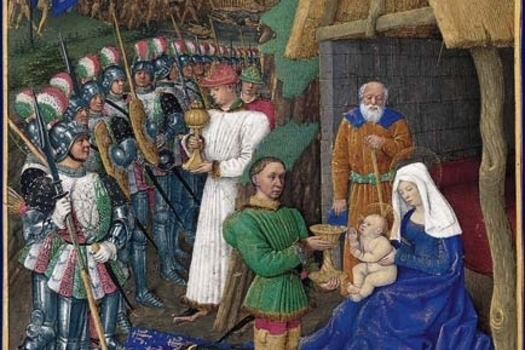 Scottish soldiers flowed one way, and wine flowed the other. Due to the special alliance between the two countries, Scottish merchants had first dibs on the finest wines – much to the chagrin of those south of the border. Wines were landed at ports like Leith and were consumed by the elite of Scottish society.

The Reformation (which saw a Protestant Scotland and a Catholic France) significantly curtailed trade between the two countries. But claret still found its way to Scotland – as wealthy Scots seemingly could not do without it. Scottish merchants still made their way to Bordeaux to bring back their favourite tipple as late as 1670, and even after the Union of Parliaments in 1707, claret was still smuggled into Scotland to avoid taxes.

French and Scottish Royalty intermingled on several occasions. For example, when Mary of Guise married King James V of Scotland. Her daughter, Mary Queen of Scots, spent most of her life in the French court, and briefly reigned as Queen of France before returning to Scotland and, eventually, being executed for plots against Elizabeth I.

France, with whom there was this ‘Auld Alliance’, was also a go to for Scots Royalty when forced to flee. James II, an unpopular Catholic monarch with Protestant subjects, fled to France with his wife and son in 1688. His son, the Old Pretender, stayed in France while the Jacobite Rebellion raged – only arriving once it was over, and then retiring once more to France. Bonnie Prince Charlie’s escapades are well known. 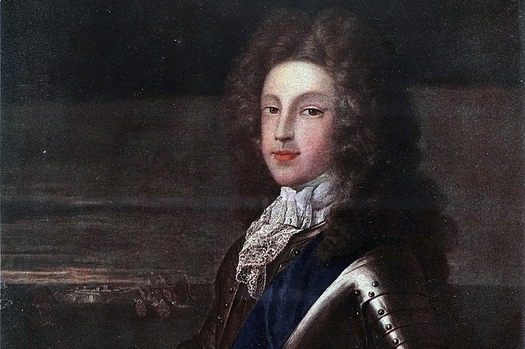 The French sent £4,000 in gold Louis coins to the Prince during the ’45 Rebellion, but finding no one to meet them, left the gold on the shore of Loch nan Uamh. The rest of the gold was said to have been buried beside Loch Arkaig, where it may well remain to this day. Bonnie Prince Charlie returned to France on a French frigate in 1746, thus ending the Stuart dream of reclaiming the British throne.

Interestingly, though the Auld Alliance did not always lead to victories for either side, it endured. In fact, the original contract, that granted duel citizenship in both countries, was only revoked by the French government in 1903.

02. Some Famous Figures That Link Scotland and France

This colourful figure was an economist born in Edinburgh in 1671. He was convicted of murder for killing someone in a duel, but fled to France. There, he came to be appointed Controller General of Finances. He established the Banque Générale’ and introduced banknotes to France before leaving France on the brink of bankruptcy and dying penniless in Venice in 1729. 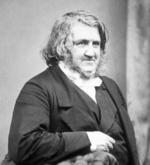 Appointed Licentiate of the Royal College of Surgeons of Edinburgh in 1830, he gained his medical degree in 1832 and in 1835, set out on a European tour, visiting hospitals in Paris. He was later appointed to Edinburgh University’s chair of midwifery and, in 1847, introduced chloroform as an anaesthetic. He was made the Queen’s Physician for Scotland, was a foreign associate of the Paris Academy of Medicine, and was awarded the Monthyon Prize by the French Academy of Sciences for ‘most important benefits done to humanity’.

One of Scotland’s most famous literary figures, Stevenson was in ill health, and in 1873 travelled to the south of France to recuperate. He spend twelve days hiking in the Cevennes mountains, and the work he wrote about his adventure, ‘Travels With a Donkey in the Cevennes’ is still enjoyed today, and inspires many to enjoy hiking in the French countryside.

The famous Scottish architect and designer, born in Glasgow in 1868, lived in and around Port Vendres in Roussillon, France, for four years with his wife Margaret MacDonald. He left in 1927 when he became ill, and died in London of cancer the following year. His wife returned to France and scattered his ashes at Port Vendres. Today, a Mackintosh trail in Roussillon celebrates his legacy and his time in the area.

A pioneer in women’s medicine, who studied in Edinburgh and Glasgow, Dr Inglis established medical practices and a maternity hospital in Edinburgh. When the First World War broke out, she founded the organisation which opened medical units across the war front. The first to open was an auxiliary hospital in the Royaumont Abbey, north of Paris, which was under the auspices of the French Red Cross. 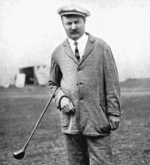 Golf is believed to have been developed in Scotland out of the older game, chole, which a group of Scots learned in 1421 while on campaign in France. By the late 19th Century, many Scottish golfers headed to France to play golf in the sun. Observing these players, Arnaud Massey developed a passion for the game, and travelled to North Berwick to learn more. He went on to become France’s most successful golfer ever. He briefly moved to Edinburgh during WW2 and is buried in the Scottish capital.

03. Current Trade Between Scotland and France

The links between Scotland and France are not only historical. There is also much modern day trade between the two nations. Scottish exports to France were estimated to be worth £6.6 billion in the year ending Q2 2019. (Which made France Scotland’s third most important export market after the USA and the Netherlands.) This was up 13.6% from the previous year. Imports from France were valued at £2.2 billion, up 33.2% on the previous year.

Though France may be more renowned than Scotland for its culinary prowess, food trade actually flows both ways. Scottish farmed salmon is the UK’s largest food export and France, along with the USA and China, is firmly established as an important market for this, and other Scottish food. 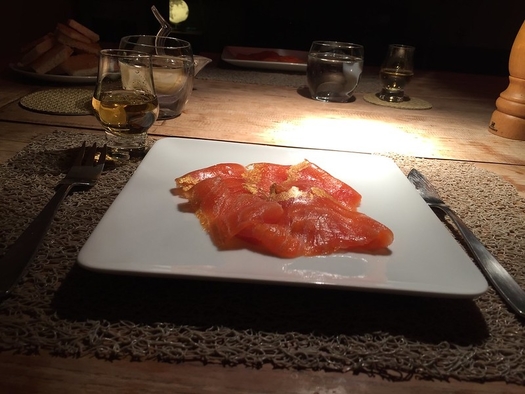 Speaking of food – there is also trade and exchange of different sorts between Scotland and France when it comes to the cuisines of both countries – and those who cook it. You will find a number of French chefs (as well as just those inspired by French cuisine) in Scotland, and also several prominent Scottish chefs cooking in France.

The famous Michelin Stars, awarded to haute cuisine establishments by French type company Michelin, have been awarded to nine restaurants in Scotland – eight currently have one star and one, The Restaurant Andrew Fairly at Gleneagles, has two.

Another interesting thing to note regarding trade between Scotland and France is that France is connected to the UK electrical grid, and so there can be and is energy transfer between the two nations. The France Interconnector is a link between Folkestone (England) and Sangatte (France), which is 45 miles in length. A proportion of the energy generated in Scotland flows to England, and from there, can be transported to France, or other countries in Europe.

04. Educational and Cultural Links Between Scotland and France

In addition to the historical and trade links between the two nations, there are also a range of educational and cultural connections.

L’Institut Français d’Ecosse is the official French Government centre of language and culture. It was founded in 1946 and is a little corner of France in the heart of Edinburgh. One of its missions is to provide a cultural and educational link between France and Scotland. It facilitates the development of bilateral links between Scottish national education agencies and the French Ministry of Education, and also between Scottish Local Authorities and French regional education authorities.

The Scotland based Education Attaché of the French Embassy in the UK collaborates with all Scottish education stakeholders to support both cooperation between France and Scotland in education, and French teaching and learning in the country. This includes learning in primary schools, secondary schools and higher education institutions. 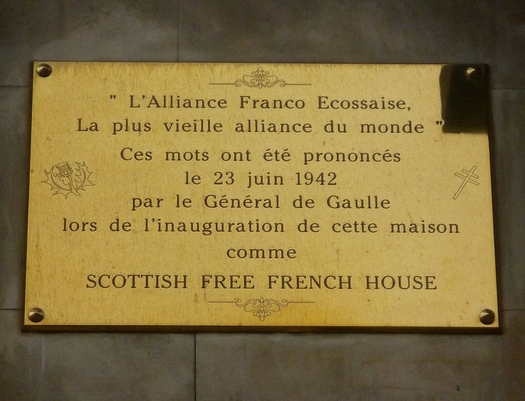 The European Union’s Erasmus+ programme for education, training, youth and sport also encourages links between Scotland and France (as well as between other European nations). Many cultural exchanges and projects under this umbrella take place each year, though of course it remains unclear exactly how Brexit will alter existing arrangements.

Culturally, France and Scotland share more than an interesting history and trade connections. There are certainly plenty of cultural affinities relating to food and drink, for example, and artistic and musical endeavours. As recently as 2013, a cultural Statement of Intent was signed by Scotland and France, which committed to building upon the shared history of the two nations.

Due to this agreement, a number of newer cultural partnerships have already developed, and are flourishing. The National Performing Companies of Scotland and France, for example, have developed mutually beneficial relationships. Scottish Ballet has also formed close links with the Conservatoire in Paris and works on occasion with a Ballet Master from Paris Opera Ballet. French productions have also become increasingly popular at the Edinburgh International Festival.

No matter what happens in future with regards to the European Union and Brexit, it is clear that the Auld Alliance is here to stay.