The Links Between Scotland and Germany

Scotland and Germany share strong links, both when it comes to trade, and in terms of cultural affinity. Interesting language links can be found in the resemblance between the German word, kennen, and the Scots word ken – to know. Scots is a modern variant of Old English, a Germanic language. Modern Scots has remained closer, in certain respects, to its old German origins than the English spoken in England today. But the ancient linguistic links are just the tip of the iceberg – or should that be the tip of the tongue – when it comes to the links between the two countries.

01. The Historic Background to Links Between Scotland and Germany

Aside from the language links, the history of links between Scotland and Germany is rooted in trade. Long before Germany existed as a nation, during the Medieval period, Scottish traders were drawn to do business with the Hanseatic League, who operated from ports around the Baltic Sea, including those on the northern coast of Germany.

Trade with the German ports of the Hanseatic League was so important in Scotland that William Wallace, after his victory at Stirling Bridge in 1297, wrote to the governments of Lubeck and Hamburg to thank them for their support. He reassured them that now the English army had been beaten, German merchants would find it safe to trade in Scotland once more. Robert the Bruce also wrote to Lubeck in 1321 to strengthen trade between Scotland and the towns of ‘Alemannia’.

During the 15th Century, Scottish merchants trading in Germany were not always viewed positively by the locals. Laws restricting Scottish (and English) trade were introduced. Scottish settlers were sometimes viewed as an unwelcome minority group in Germany. Some moved on to Poland. But many others remained. However, throughout this and the following century, Scots continued to emigrate to Germany from Leith, Dundee and especially Aberdeen. Not all were wealthy merchants. The Duke of Prussia complained, in 1558, of pedlars and vagabonds from Scotland causing ruin to his subjects with their travelling trade! 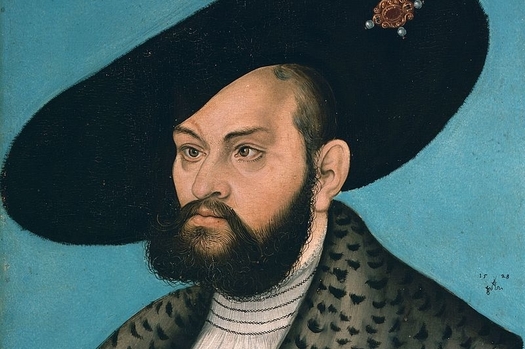 Many more Scots made their way to Germany in the 17th Century to fight in the Thirty Years War. Thousands of Scottish soldiers fought in this conflict, on all sides and for all nations. Many settled in the region. Many Scottish academics also made their way from Scotland to Germany and strong educational links were forged. Germany’s religious divisions meant that both Calvinists and Catholics also sought refuge from religious persecution in the country. Ratisbon (modern day Regenburg) was particularly popular as a place of learning for the sons of Scottish Catholic families.

Ninian Winzet was born in Renfrew in 1518 and probably educated at the University of Glasgow. He became the abbot of Regensburg Abbey in 1577 and stayed there until his death in 1592. The abbey in which he served was built in the 12th Century by missionaries who came from both Scotland and Ireland. It boasts the Schottenportal (Scots Entrance), and was once of the nine Schottenkloster (Scots Cloister) abbeys set up in Germany. By the end of the 16th Century, Scottish Benedictine monks had taken over the remaining three, in Regensburg, Würzburg and Erfurt. Ninian Winzet, after the Scottish Reformation of 1590, re-established the abbey in order to train Scots priests to reconvert their homeland.

A generation after Ninian Winzet’s reign as abbot, Alexander Baillie held the monastic community together during the Thirty Years War, while it was occupied by Swedish troops. Born in Lanarkshire, Baillie went to school in Scotland and then University in Helmstedt. Germany. While Winzet is credited with re-establishing the abbey, Baillie is credited as its saviour. 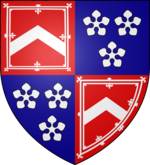 Thomas Fleming (1642-1720) was also an abbot (under the name Placid) of Regensburg Abbey. He was a descendant of the earls of Wigtown, born in Kirkoswald Ayrshire and educated in Edinburgh. He served as abbot of the abbey and declined an invitation from King James VII and II to become Scotland’s first Catholic Bishop since the Reformation. In the 17th Century, small numbers of monks came from here to Catholic families in north east and south west Scotland. 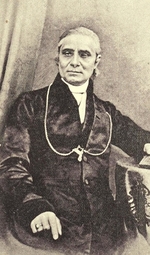 The Scholars of Ratisbon (Regensburg) Abbey

The abbey educated and trained a great many Scottish priests. Notable examples include Thomas and Donald Brockie, who headed for missions in Cabrach, Moray, and Strathavon. Donald wrote the Monasticon Scoticum. George Andrew Gordon was a notable physicist, and James Gallus Robertson produced the first Catholic New Testament to be published, in English, in Scotland.

Thomas Ildephonse Kennedy was instrumental in bringing British industrial technology to Germany, and John Lamont from Braemar studied here before becoming a noted astronomer. Though Edinburgh’s Bishop James Gillis protested against moves to end the Scottish connection, the abbey closed in 1862.

James MacPherson was the first internationally known Scottish poet. His work ‘Fingal’, written in 1762, was translated into many languages, including German. It was credited, more than any other work, with bringing about the Romantic Movement in Europe, and was hugely influential on key figures in German literature, including Johann Gottfried von Herder and Johann Wolfgang von Goethe.

Felix Mendelssohn was another vital figure in European Romanticism. He was one of the most important composers of the first half of the 19th Century. Scotland inspired two of this German musicians most famous works, the overture ‘Fingal’s cave’ and the ‘Scottish Symphony’ (Symphony No. 3).

Thomas Carlyle, born in Scotland, was a key figure in cultural exchange of ideas between Germany and Scotland during the Romantic period. It was he who is largely credited with bringing the works of German Romantics like Schiller and Goethe to a British audience.

Alexander MacKenzie, born in Edinburgh in 1847, was a Scottish composer. He was a member of a musical family and was sent to Germany for his musical education. He was enrolled in a conservatorium in Schwarzburg-Sondershausen between 1857 and 1961 and later returned to Edinburgh in 1865. His music in known for blending Scottish themes with German Romanticism.

Love stories between Scottish and German individuals were not unknown, even during periods when the two countries were at war. One charming Scottish and German love story is that of Scottish Isabella and Helmut Joswig, a German prisoner of war. Isabella, from East Lothian, fell in love with Helmut, and after he was discharged in 1948 they married in Edinburgh. Living in Newtongrange and then Prestonpans, then moving to Germany, they met with much prejudice.

No one wanted to rent a home to a former enemy. However, they eventually managed to build their own home. Isabella still lives there today. She has five children, seven grandchildren, and six great-grandchildren. They may not have been famous or well known, but their story exemplifies the more ordinary links between the two nations.

It is also worth mentioning that the current Scottish monarch, Queen Elizabeth II, is originally of German paternal descent. The House of Windsor is a branch of the House of Saxe-Coburg and Gotha, which itself is derived from the House of Wettin, which succeeded to the British monarchy following the death of Queen Victoria. It was only in the First World War that King George V (first cousin to Kaiser Wilhelm) adopted Windsor as surname for the royal family.

03. Current Trade Between Scotland and Germany

Germany is Scotland’s third-largest overseas market. Scotland sold £2.3 billion worth of exports to Germany in 2017, 7.2% of total international exports. Exports to Germany increase each year. They increased, on average, by 7.4% each year between 2013 and 2017. In the uncertainty surrounding Brexit, Scottish businesses are increasingly seeking to boost trade links between the two nations. With Europe’s strongest economy, Germany is a good market for Scottish businesses to crack.

Scottish Development International has an office in Dusseldorf, with staff who are focussed on energy, science and technology and industries that produce consumer goods. GlobalScot has 13 experts in Germany. In 2018, the Scottish Government also opened an Innovation and Investment Hub in Berlin to boost economic ties between the two nations.

In addition to being an important export market, Germany is also a major investor in Scotland – the country’s third-largest source of foreign direct investment. No fewer than 155 German-owned businesses employ almost 18,000 Scots. Around 30,000 German citizens live in Scotland, and more than 350,000 tourists from Germany visit Scotland each year. In recognition of the importance of the economic ties between the two nations, a Memorandum of Understanding (MoU) has been signed between Glasgow and Berlin Chambers of Commerce. 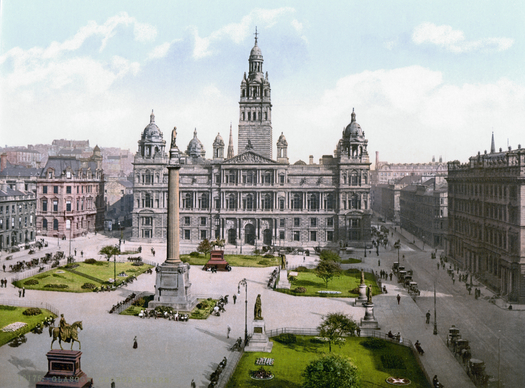 While Germany is the third-largest export market for Scotland, it is the largest export market in Europe for the UK. In the past, Germany has not been on the radar quite as much for Scottish businesses. Brexit has changed that. More firms are looking to trade with Germany, seeking to capitalise on uncertainty over what will happen with Brexit. There is a general awareness that Scotland voted to remain in the EU, and this may lead to Scottish businesses being viewed more favourably than English competitors.

04. Educational and Cultural Links Between Scotland and Germany

In addition to sharing strong trade links, Scotland and Germany also have strong educational ties. Germany is Scotland’s biggest partner in Europe for academic research, and there are many significant ties between leading universities in the two countries.
Germany is currently Scotland’s biggest research and innovation partner under the EU’s Horizon 2020 Programme. Horizon 2020 is the financial instrument that implements the Innovation Union, a Europe 2020 flagship initiative aimed at securing Europe’s global competitiveness.

In May of 2019, Scottish Universities and key partners, along with the Scottish Minister for Higher Education and Science attended the British Council’s ‘Going Global’ Conference in Berlin. During this event, the opportunities to strengthen research and innovation relationships between the two countries (regardless of what happens with Brexit) were discussed.

When visiting Berlin in September 2019, First Minister Nicola Sturgeon said:
“Scotland is an outward-looking European nation with a strong relationship with Germany and we are committed to further developing cultural, economic and political links. Scotland is open and it is vital that message is heard across the European Union.”

Scottish National Party (SNP) politician Angus Robertson has been another Scottish politician who is key to Scottish-German relations. His mother was German-born and though brought up in Edinburgh he speaks fluent German.

In politics, as well as in education and business, there is a strong desire to keep and strengthen all the various links between the two countries. 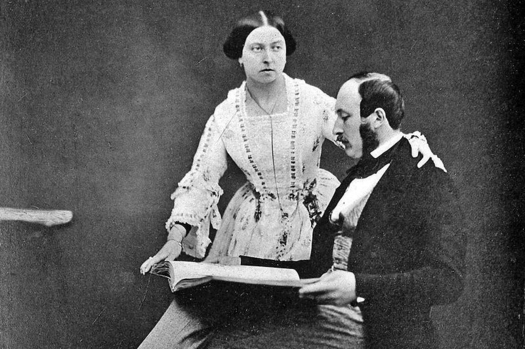 Many cultural affinities also exist between Scotland and Germany. For example, there are a number of similarities in the way that Christmas is celebrated in both countries. Most of the modern Christmas traditions enjoyed in Scotland (and elsewhere in the UK) were popularised by Prince Albert, Queen Victoria’s German consort and follow traditional German Christmas practices. Some people in Scotland (just like the Royal family), open Christmas presents on Christmas Eve, following the German tradition. (Though it is now more common for Scots to open one small present on Christmas eve, and the rest the following morning.)

Historically, and in the present day, the links between Scotland and Germany are strong in many ways. In spite of the Two World Wars, which placed something of a rift between Germany and Allied nations, the cultural affinities and other links between the nations have endured and are set to become even stronger over the coming years.