The Ultimate Guide To Scottish Gifts

A Guide To Scottish Gifts

But which type of Scottish gift should you buy when there are so many to choose from?

The best Scottish gifts generally fit into four main categories: Celtic gifts, clan gifts, tartan gifts and whisky.  But there is a fifth type that most people don’t know about!  Read on for more information. 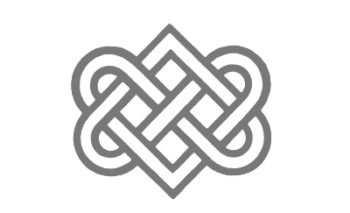 All Scottish people ultimately descended from the Celtic speaking Picts and Gaels who were around in the 9th Century.  Celtic symbols are usually a mix of knots and swirls and are prevalent in Scottish jewellery as well as Scottish tattoos.  They can also be engraved onto metal objects such as hip flasks and quaichs.

What is a quaich?

A quaich (pronounced ‘quake’) is a Scottish drinking cup, usually made from wood, pewter or silver and has two handles on opposite sides.  The word ‘quaich’ is derived from the Gaelic word ‘coach’, which means cup. 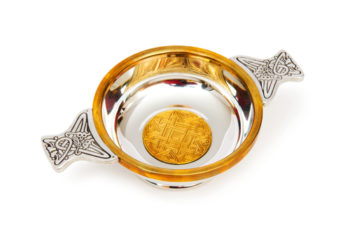 What is a quaich used for?

A quaich was traditionally used to offer guests a welcome or farewell drink in Scotland.

Scottish clans date back to medieval times, and they have an ancient and bloody history.  Clans took their wealth and power from two sources: their numbers and their land. Many clans are associated with a specific area of Scotland.

Each clan has its own name, crest and tartan, all of which are featured in a wide variety of Scottish gifts such as kilt pins and badges.  Some of the most popular clans include the Clan Macgregor, the Clan Armstrong and the Clan Campbell. For more information on Scottish clans, read our guide to Scottish clans and families.

We also have a guide to Scottish names.

The official register of Scottish tartans has over 4000 entries, but fewer than 500 tartans have ever been woven.

Scotland’s most famous export is known all over the world.  Not many people know that in order for whisky to be called ‘Scottish’ or ‘Scotch’ whisky, it has to be made in a certain way as dictated by the law.  Like the Scottish clans, whiskies are usually associated with a particular region of Scotland.

There is a different type of Scottish gift!

That’s right!  There is a another kind of Scottish gift which is very popular and very different.  Hundreds of thousands of people have bought it over the last 12 years and we challenge anyone to find a more engaging gift anywhere in the world.  This Scottish gift is

It carries a strong message and strengthens your connections with Scotland.  Many customers become repeat customers because of the underlying message.

You can’t break it. It can’t be thrown away.  It doesn’t need batteries.  This gift will still exist long after we’re gone and it will never go out of fashion.

With more than 7000 reviews, it scores an average of 9.6/10 on the independent review site Trustpilot.  People just LOVE receiving this gift.

Buying this gift helps to fund important conservation work.  Since its beginnings more than 12 years ago, this gift has helped flora and fauna to thrive in Scotland and protected over 400 acres of beautiful Scottish countryside.

You can’t buy this gift anywhere else.  Every single one of these gifts is uniquely identified.

This Scottish gift doesn’t come off the shelf.  It’s always personalised with the recipient’s name which makes it even more special.

For Him or For Her

Both men and women (and children!) love this gift.  Hundreds of thousands of these gifts have been sold, and there’s even a huge and thriving community that has been built upon it!  Not many gifts can say that.

This gift is Scotland itself.

You can buy a plot of land in Scotland from £30.

The law in Scotland specifically defines souvenir plots of land.  These gift-sized plots can be as little as 30cm x 30cm. This is the minimum size of plot which can be uniquely defined using latitude, longitude and OS grid reference co-ordinates, but larger plots are also available: 10 square foot, 100 square foot and 1000 square foot.

Highland Titles has been selling these plots of land in the stunning Scottish Highlands for over 12 years.   Here’s the view from some of the plots. 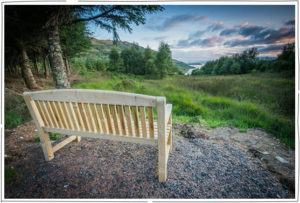 The view from the Highland Titles Nature Reserve

The relevant documentation and information comes in a beautiful, luxury gift pack.

Tens of thousands of landowners (affectionately known as the Lairds, Lords and Ladies of Glencoe) have visited their plots of land over the last 5 years. 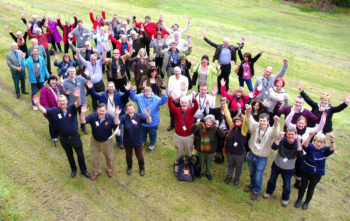 A team of volunteers based at the land can – by prior appointment – meet you there, give you a guided tour of the estate and show you to your plot.

Clearly, the Lairds, Lords and Ladies enjoy seeing the conservation work their support has made possible.  In fact, the Highland Titles Nature Reserve is an official 4-star tourist attraction! 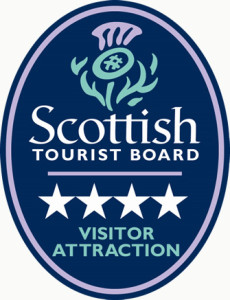 It gets better!  Highland Titles is a real community.  Approximately 100 Lords and Ladies of Glencoe attend the Highland Titles Gathering every year.  This two day event is based near to the land in a local hotel. It features informative talks, traditional Scottish food, drink and dancing and – of course – a visit to the land.

They also sell a range of associated accessories.  So if you still want to buy a different type of Scottish gift, you can buy one that’s associated with your plot of land!

Highland Titles has its own official Scottish tartan and buckler, and we sell a whole range of Scottish gifts and accessories including hats, scarves, bags, key-rings, plaques and mugs in that unique style.

For those who are particularly proud to join the Highland Titles community, we have the exclusive Award of Arms.

So if you’re looking to buy a high quality, unique and personalised Scottish gift, look no further.

General
What’s in a Name? Rather a lot, our survey reveals… »
General, Uncategorised
Response to Criticism – is Highland Titles Legitimate? »