This Land Ain’t Your Land (Part 1) 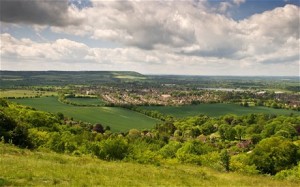 The British Isles are comprised of 60 million acres of real estate. Who owns it all? The short answer is Queen Elizabeth ll. The Queen, which we call ‘The Crown’, owns about one sixth of the planet’s surface, and is the largest legal land owner in the World.

Although we have come to think of the British Empire as being a ghost of its former self, in reality Elizabeth ll owns only 22% less than Queen Victoria did during the height of the Empire. That’s about 2000 million acres, better known as India. The Queen continues to legally own all the lands of Britain, Canada, Australia, New Zealand, 32 other members (around two-thirds) of the Commonwealth, and Antarctica. Feudalism is not dead. It’s just hiding.

In Britain the Land Act of 1925 allegedly gave British subjects the right to two kinds of ownership. Freehold and Leasehold. Let’s have a careful look at these. Freehold is described in the Land Registry Act of 2002 as ‘an interest in an estate in land, fee simple’. Leasehold is similarly ‘an interest in an estate in land, in fee simple, for a term of years’. Fee simple is the important phrase here. It’s a medieval phrase which puts limitations on ownership in the form of taxation, police power, Eminent Domain and Escheat.

Eminent Domain (also known as Compulsory Purchase) gives the Crown, or its Government agents, the power to purchase land from the freeholder in the event of necessity. The freeholder has no power to refuse this purchase. Escheat occurs if the freeholder dies without heirs. The property then automatically reverts to the feudal lord who is immediately superior, or in modern parlance – The Crown.

Freehold and Leasehold do seem in principle to be about long term ownership, but in reality are both a form of feudal tenure bestowed on us by the Crown. At any point the Crown can take back your land if it is deemed a necessity. During the Second World War the government, acting on behalf of the Crown, seized 11 million acres of British land. Compensation was minimal, and in some cases not paid at all. No one complained. It was wartime.

Within the freehold market land ownership has changed rapidly in the last 150 years. In 1872 an illuminating report (called The Return of Owners of Land) was compiled about land ownership in Britain and then for some strange reason it was rubbished by an Oxford scholar, buried and never referred to again. That was until a tireless Irish journalist called Kevin Cahill wrestled a copy from the back of a dusty library. The report informed him that the British Isles of 1872 was held by a mere 4.2% of its population. 94% of the population held nothing at all, not even a shed. Today 70% of the population have some amount of land, usually with a house on it. This is a huge shift, partly due to the beneficence (if you can call it that) of the Land Act. But this is not the whole story.

Of the 60 million acres of the British Isles, 70% of us owns less than 5%. This is around 3 million acres of mostly urban development. The idea that land is scarce in Britain is a myth. There’s loads of it. Just think about that the next time you stare out of a train window.

The largest freeholder in Britain is The Forestry Commission, owning around 2.5 million acres. Then comes the National Trust with 630,000. Close to them is the MOD with 592,000 acres of land acquired for military uses during wars and never given back (in the name of the Crown). Large pension funds and utility companies hoover up another million acres, and the RSPB has a surprising portfolio of 320,000 acres. The once powerful church has a mere 120,000 acres, though it’s now claiming mineral rights to half a million acres of land it used to own. The Crown’s declared lands add up to something like 677,000 acres when you include the Queen’s duchies and private estates. But all this land added together amounts to only 6 million acres, just 10% of Britain. So who sits on the rest?