This Land Ain’t Your Land (part 2) 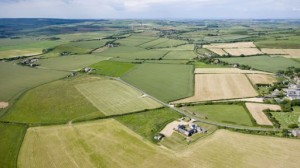 Who owns the other 85% of British real estate? A group of families, about 189,000 of them, collectively own about 40 million acres. But the 8000 families with the largest land ownership are not obliged to produce any information about how much they own.

The largest share (we know about) is claimed by the Duke of Buccleuch (pronounced Ba’kloo), the freeholder of a quarter of a million acres. The original title and lands were given to the eldest of Charles ll’s illegitimate children in 1663. When the boy was fourteen he was brought to London, given a title and married off to a wealthy countess. Once married they were formally made Duke and Duchess of Buccleuch. Clearly Charles ll had a fondness for the boy, but another relative, James II, later had him beheaded. The descendants of this illegitimate boy have sat on the land ever since, and the current Duke runs The Buccleuch Group, a corporation of businesses based on the land’s resources.

The Duke of Westminster (133,000 acres) owes his massive fortune to a Norman ancestor, Hugh De Gras Veneur, who forcibly seized land during the Norman Conquest of 1066. Hardly seems fair that the descendant of this violent robber now owns Mayfair and Belgravia, 300 acres of the most valuable real estate in the world. But that’s the landed gentry business. Much of the modern gentry still own land stolen by William the Conqueror and his friends in the first recorded “land grab”, which forced the Anglo-Saxons to become second class citizens in their own country and formed the prototype of the two-tier society, a peculiarly British sickness.

Not all of the 8000 richest land owners are British (or even Norman) gentry. Alcan, a Canadian based Aluminium Company have managed to acquire 135,000 acres of the West Highlands. They recently sold a tiny crumb of it to (3.7 acres) to the Kinlochleven Community. 71,000 acres of the Glenavon and Braulen Estates are owned by a mysterious Malaysian Tycoon who spends most of his time in Kualar Lumpur and calls himself Mr Salleh when he visits Scotland. Most of it though is owned by some more familiar names: the Duke of Northumberland (131,000 acres), Prince Charles (141,000 acres), Earl of Seafield (101,000), Marquess of Bath (100,000 acres), Duke of Atholl (145,700 acres), Lord Rutland (only 60,000 acres? How on Earth does he manage?). And the list goes on.

These landowners benefit from combined assets of £3.3 trillion. As the economist Hernando de Soto Polar argues in his book The Mystery of Capital (2000), there is an absolute connection between land ownership and prosperity, and poverty always exists where no land is owned. Land provides plentiful resources in the form of tenancy, wood, fish and farming. In reasonably managed circumstances land and wealth automatically go together. Incredibly though, large land owners receive a payment from us the tax payer, in the form of an EU agricultural subsidy, for all farmland on their estates. This amounts to about £20,000 a year for every 220 acres.

During the ten years from 2000 – 2009 the top 50 recipients of the agricultural subsidy received a total of £168 million from the tax payer. These include the Duke of Buccleugh, the Earl of Moray, Lord Inchcape, the Duke of Roxburghe and the Earl of Rosebery. Frank A Smart and Son Ltd, a company that owns 39 farms in Speyside received the largest subsidy, a staggering £1.2 million. In 2008 they recorded a profit of £3.1 million. The subsidy is paid whether the land is farmed or not. In 2009 this same company sold 24 plots of agricultural land with planning consent to developers, making a further profit of £2.9 million.

The UK government doesn’t audit this subsidy and according to the journalist Jack Thurston “refused to supply” current figures on his request. But according to Thurston the Duke of Westminster – he of the most valuable real-estate in the world – receives a farm subsidy from the EU. Do you think he needs it? Does the Buccleuch Group, with recorded profits in 2012 of £1.4 million, need a subsidy? When we talk of benefit cheats we don’t automatically think of Dukes and Earls, but maybe it’s time we did.

The land registry, supposedly a record of all land ownership in Britain, is only a partial report. At the moment you are required to register any land which is sold as freehold or leasehold. Vast acreages of Britain have not been sold in centuries but remain firmly under hereditary control, so there is no obligation to say how much you have, or even to really know. As a result about 40% of land held in Britain is not even recorded in the Land Registry, which begs the question, who is the registry for? It must be remembered that the largest freeholders have long been the law makers who had strong links with parliament and until very recently sat in the House of Lords.

When Kevin Cahill wrote the first comprehensive study of land ownership in Britain for many years he found the task irksome, with information withheld at every turn and secrecy endemic. He said his book was “… a call to analyse the economic consequences of what the landed aristocracy did to another portion of the population and to ensure that those economic effects – a rigged and overpriced land market, a farming sector maintained almost wholly by public subsidy, diverted ultimately into the pockets of large landowners, and a defective Land Registry to conceal ownership of the UK – do not persist any longer.” (Kevin Cahill, Who Owns Britain and Ireland, 2001).

That call was made 12 years ago, but as yet shows no sign of being answered. 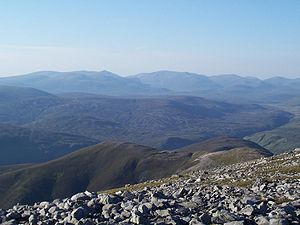