DNA testing kits are becoming more and more widely used for recreational purposes, to learn more about your ethnic roots or even to discover contemporary relatives.

If this is something that interests you, I suppose the first thing you might be asking is which company provided the best DNA testing service, how do I know where to begin or who to trust?

It is for the reason that we have reviewed three of the most well known DNA testing brands; Ancestry, 23 and Me, and Living DNA, to help simplify the process for you.

Learning about your ethnic heritage is fascinating and fun, and it can even help you understand certain potential health issues that might impact your future.

What are DNA Testing Kits?

DNA stands for deoxyribonucleic acid, and your DNA is the substance of every part of your body, which holds all the information about your natural past, present and even future. 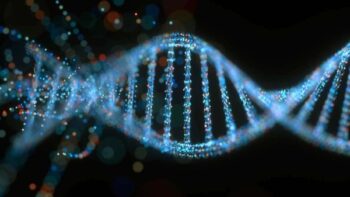 The result of thousands of generations of reproduction and mutation, your DNA makes you who you are, determining your physical characteristics such as your eye colour and height. An in depth study of your DNA can also provide you with a remarkable portrait of your heritage.

Ancestry DNA testing kits are used to provide a reasonably accurate estimate of what your ancestry may be. They do this by comparing your DNA sample to the records of other people held within that company and then mapping where these people are from.

Using a saliva sample deposited into a container or a swab sample obtained from wiping the inside of a cheek, it is believed that these tests can achieve over 99% accuracy, based on reading each of the hundreds of thousands of positions or markers in your DNA.

Some DNA kits are geared more towards understanding your health and wellness, some purely to discover paternity and immediate family links, and some aimed to give you a broader understanding of your ethnicity and heritage.

The number of people who have bought at-home DNA testing kits is now believed to exceed 18 million!

All DNA testing kits are fundamentally the same in that you provide a sample to be sent for lab for testing, and then you receive your results some weeks later.

The services which we have reviewed did produce largely similar findings when tested with the same DNA samples, proving there were no wild inaccuracies, the variance between them is more in the way the information is presented to the customer and also sometimes the depth of detail available.

The Ancestry DNA Genetic Testing Kit is able to trace your ethnic mix from 500 global regions, creating a portrait of your lineage that is both thorough and precise.

Ancestry claim to have a database of over 10 million people, and everyone who submits their results has the option of seeing which other users closely match their genetic makeup. This database is around twice the size of their closest competitors and therefore possibly doubling your chance of finding a close match.

Ancestry’s DNA testing kit presents the test results in a clearer manner than other services we have looked at, and it also placed the information in a useful historical context.

Ancestry have a DNA reference panel of over 40,000 samples, allowing them a great understanding of genetic signatures around the world. This includes the ability to differentiate between nearby regions, such as Australia or New Zealand, more accurately than competing service providers.

The only thing that Ancestry’s DNA testing kit doesn’t do that some of the other providers can, is track your maternal and paternal heritage independently, or trace your ancient migration path out of Africa.

Ancestry DNA are great value for money because they regularly update their ethnicity estimates with new DNA samples, therefore refining the accuracy of their results. So for the one-time joining fee, you can expect to see your results become more accurate as the years go on. 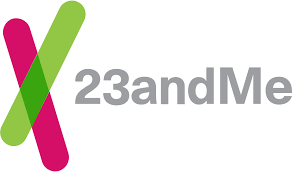 Named after the 23 pairs of chromosomes found in each individual, 23andMe DNA testing kits offer the same type of ethnicity estimates as Ancestry’s DNA testing kits do, and at a similar price, however their database only covers around 5 million people, so you could argue that there is a slimmer chance of finding a close match.

However, one thing that 23 and Me really excels at is their site design; the polished site makes navigating the myriad of charts, reports, and explanatory documents easier than on their competitors’ sites.

23 and Me is also constantly adding new reports to its health service. So after completing your DNA testing kit and registering for the service, you can keep checking back in and you can expect to learn even more about your genes as time goes on.

Your saliva collection kit typically arrives within 3 to 5 days, you make your deposit and send it back via pre-paid post, and within 3-5 weeks you will be notified that your reports are ready.

23 and Me DNA testing kits also provide an in depth health analysis service.  You could find out what diseases you are predisposed to develop as well as which genes you are carrying that might pass on diseases or other genetic traits that could cause issues, helping you in your family planning.

23andMe’s health data is nearly as intriguing as the ancestry data, and just as richly presented.

GET YOUR 23 AND ME DNA TESTING KIT HERE

The world leading ancestry test provided at Living provided unrivalled worldwide regional breakdowns, with five times the detail of any other DNA test on the market for African ancestry and eight times more detail for the British Isles.

As well as offering an ancestry DNA testing kit and a health and wellness DNA testing kit, Living DNA also offers an educational course to help you learn how DNA is relevant to you, understand how DNA testing works and how to know which test to take.

Living DNA launched in 2016, so it is a relatively new company, but it is UK based and has a team of more than 100 scientists, academic researchers, and genetic experts around the world behind it.

Living DNA is good value, and offers solid ancestry discovery and family tree-building features, and the creators say that they continually update the results based on new research.

The results of your DNA testing kits will be compared to those of 80 worldwide regions to determine where your ancestors’ origins are. The company says this is more than double the number of regions that other companies offer.

Completing one of these DNA testing kits could be the start of your very own journey into your unknown heritage. Maybe, like some of these celebrities, you could even realise that you have Scottish ancestry which you just haven’t yet discovered.