Welcome to our occasional series of interesting facts about the incredible trees that surround us and their contribution to our history and our landscape. Today let’s praise an unsung hero, a pioneer and friend to agriculture, the Common Alder.

You can easily identify Alder with its slender shape and upward spreading branches. There are often two or three main trunks growing together. It is moderately sized, growing to between 20 and 30 metres in height, and it prefers moist places. In fact it can grow in much wetter conditions than most other native trees could cope with.

You are most likely to find it growing in lines along the edges of rivers, dipping its roots in the water.  Its grey fissured bark is unmistakable, though younger trees have smoother greenish bark. You will also see it in hedgerows, and on marshy soil it can grow up as an Alder Carr, a dense thicket of smallish trees. Occasionally it might be found planted as a fire break in forestry plantations, but Alder is not usually planted; it grows naturally and nomadically from seeds carried by water.

The Alder is a member of the Birch family and a distant relation of the Elm. It takes its place among only ten plant species that form a symbiotic relationship with a very friendly bacteria called Frankia. This clever microscopic creature attaches itself to the Alder’s root system, forming large knots on root nodules to announce its presence, and then goes about converting airborne nitrogen into soil-based nitrates in a process the scientists call “nitrogen fixing”. In return for this natural soil fertilizer the Alder feeds the bacteria with photosynthesised sugars.

Because of this ability to fertilize even the poorest soils Alder has been used for millennia as a “Pioneer species”, one which is first to become established in a barren or disrupted eco-system. There is evidence that the Incas planted Alder for this very purpose in their terraced farmland on the sides of the Andes Mountains.

Alder has been native to the British Isles since about 8000BC, when it spread from Northern Europe up to the edge of Northern Scotland and even Ireland before rising sea levels changed the game. At this time in our prehistory the English Channel and the Irish Sea as we know them today didn’t exist and trees marched slowly over Britain. By 4500BC, the peak of the Wildwood period, and two thousand years before Stonehenge, the whole of Britain was essentially one great big wood.

In among the Birch, Aspen and Sallow, Pine, Hazel and Oak of that early wildwood, Alder grew along the watersides fertilizing the soil for the plants that followed. With nothing to stand in its way the wildwood dominated, until humans began to chop it down to make clearings and let in more sunlight.

Alder leaves are round, almost heart shaped with a slight indent at the tip, and small serrations around the edge. They grow alternately in singles up the stem and are glossy and dark green. The leaf buds and small twigs are sticky and resinous, hence the Latin name glutinosa. Though it’s a deciduous tree the green leaves last longer than most other British species and can be identified more easily in an autumn wood when other deciduous leaves have turned brown.

The flowers are catkins. Both male and female catkins grow on the same tree, the males being pendulous – about 5 to 10cm long, and reddish coloured. The female catkins are short – about 2cm, rounded, and turn from green to brown. They look like little cones in autumn when they open and disperse their seed. 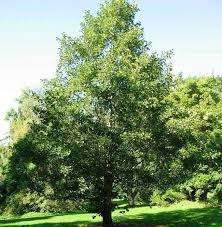 Salicin is found in the bark, an anti-inflammatory agent synthesised today as Aspirin. Willow bark also has this property. Our ancestors used to make a brew out of Alder bark to cure inflammations and rheumatism. It has an incredibly bitter taste but can be used for survival in stricken circumstances.

Alder wood has a long association with music. Since humans began to make music we have cut flutes out of Alder branches, and Alder wood is still used today to make the bodies of top end Fender electric guitars such as the Stratocaster. It is said to provide a good balanced tone. It has also been used in cabinet making and some building construction. The wood is strong and easy to work and Alder coppicing in Britain is recorded as far back as 1252.

Mind you, the coppicing of Alder and other trees has been going on much longer than written records. There is a Neolithic wooden pathway called The Sweet Track, dating from about 3900BC and preserved in the peat of the Somerset levels. It’s a sophisticated structure built to provide dry footing over marshland, and is made out of various coppiced poles including Alder. When immersed in water Alder wood becomes like stone. Many of the foundation trunks that were sunk upright in the lagoon during the building of Venice were Alder trees.

Sacred to the Druids and Picts, Alder has given us medicine, helped our agriculture and provided us with music. In Scotland it grows everywhere but is rare in the Hebrides and the far Northwest because of deforestation. A plucky and determined tree, it lives for about 150 years. 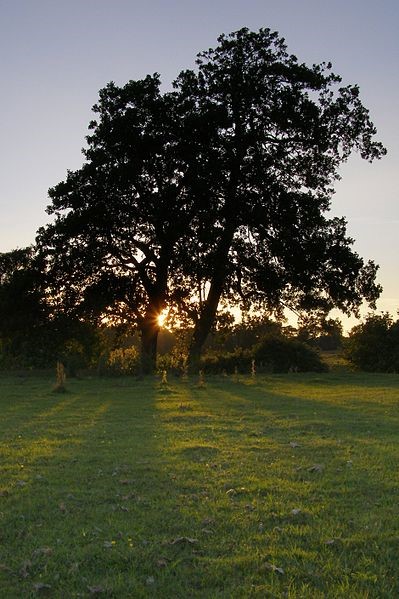