Update from the Reserve – August 2019

And just like that, we have welcomed and said goodbye to August. Time really does fly by when you are having fun – or when you are exceptionally busy showing Lairds, Lords, and Ladies from all over the world to their plots. August has been our busiest month on the Reserve ever, but we still wanted to take the time to fill you in on what else is going on. This month, we have a much-expected update – so, continue reading to find out more!

The End of An Era

Last December, scientists from the Royal Zoological Society of Scotland reported that the Scottish Wildcat was “functionally extinct” in the wild. You can imagine how devastated we were, especially after having spent the last 7 years funding this cause. It seems the only chance left for the Scottish wildcat is through the captive breeding program run by Scottish Wildcat Action; there is now near-universal agreement that this species can no longer be saved in the wild. It is with sadness that Highland Titles now accepts this view, though we hoped to be proved wrong.

So what has happened with the three kittens – potentially wildcats – in our rehabilitation facility? We are ecstatic to announce that experts have agreed that one of the kittens scored highly enough to pass the purity test. This kitten has been released, although we have been advised not to say where for its own safety.

The second cat has been given a relatively low pelage score and therefore not deemed pure enough for release. This cat was thus neutered, and we have chosen to do a “soft release” – this means the cat has left the enclosure, but there is still access to food and shelter if he wants to return, or if his hunting skills are making it difficult for him to find enough food. However, he hasn’t been back – so looks like all is well!

The third cat is something of a border-line case. While everyone involved is keen to reach a decision as soon as possible, we simply cannot make it before the DNA test results come back – we will let you know as soon as we do!

As always, we are incredibly grateful to our supporters all over the world who have made this project possible, and we hope we can count on you for further conservation projects. Together, we can continue trying to make a difference when and where we can.

Hedgehog In The Wild? 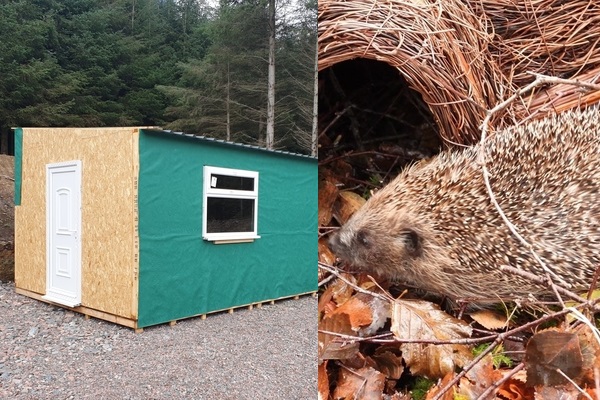 The hedgehog hospital is well on its way – we now have a roof, a waterproof breathable layer, and… windows and a door! And for more fabulous news, I have started spotting hedgehogs in the wild in the Reserve; despite knowing we have released some, even though we don’t see them, we hope they are out there – so seeing them in the wild is always so exciting.

We were also told from a Duror local that he also saw his first hedgehog, in the wild, ever in the local area. Great to know they are spreading out from the Reserve. Welcome back hedgehogs in Duror! 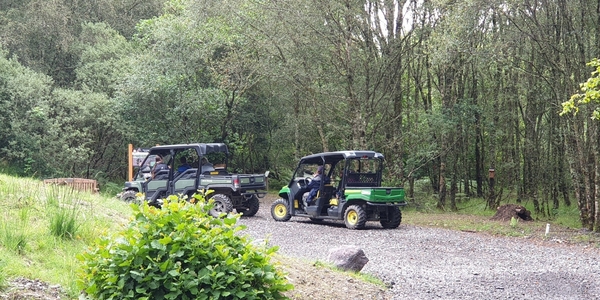 When we tell you August is busy, we truly mean it. We did 7 to 8 tours, every day! As the image above shows, we have even started to have queues at the different stops on the guided route. Lairds Lodge, our cosy Shepherd Hut style cabin was also fully booked for August. So a quick reminder: if you want to visit your plot, make sure you plan your visit well in advance! 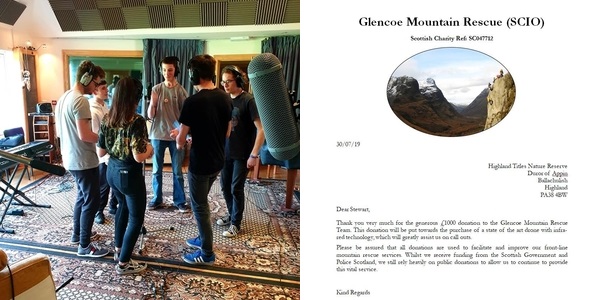 We thought you would like to know about our latest local donations. The first one was to RocksKool, a fantastic organisation that inspires and empowers young musicians in their performance ambitions. The second one was to the team at Glencoe Mountain Rescue – the work the team do is unbelievable, and as we found this year first hand, you never know when you might need them!

SUPPORT US & THE LOCAL COMMUNITY

Lastly, this month’s spycam features some stunning red deer and calves. Did you know that red deer are the biggest indigenous land mammals remaining wild in the UK, after other bigger mammals became extinct?