Update From The Reserve – December 2017

Winter has certainly taken hold at the reserve, with the first flurries of snow dusting our beautiful landscape. The reserve’s residents have been stocking up on food to keep warm, as you’ll see in our clip of the month. Our opportunist robin has also been making the most of feeding time, following us (and our peanuts) closely around the reserve!

Robin Rockin’ Around The Reserve 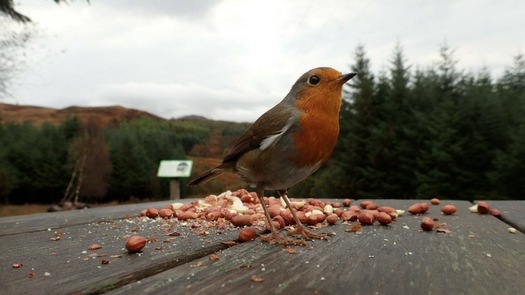 The red breasted robin has been synonymous with Christmas in the UK for many years. It is perhaps because they are one of the only birds you will hear singing in your garden on Christmas day that they have become a yuletide symbol.

With a beautiful voice and cheeky nature, it is unsurprising that the robin has been the UK’s national bird since December 1960. One of our robins has certainly endeared itself to us, following us around the reserve at feeding time. Well you know what they say about the early bird!

During the winter months we find animals using our habitat boxes more and more and they are a firm favourite with our little friendly robin. You can sponsor a habitat box on the Highland Titles Nature Reserve today!

Time To Vote! Name The Buzzard 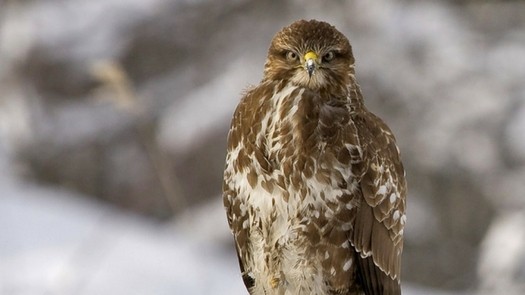 Last month we shared our very first clip of the reserve’s resident buzzard. Since then, he has been spending a lot of time around the cabin, but never staying still for long enough to get a good shot. However, recently we were lucky enough to get a few snaps. Some name suggestions have already started coming in, from Bruce to Balthazar, and we think it’s about time we gave the beautiful buzzard a name. Over to you folks!

The Gathering: Sold Out 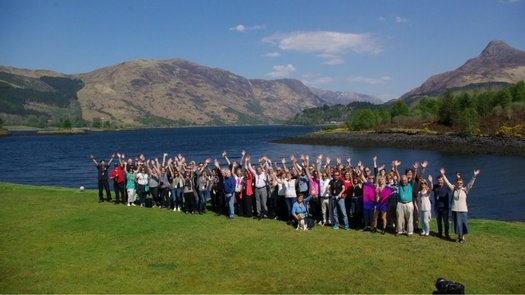 For the first time in its history, our annual gathering has sold out before Christmas! Next year’s event will take place from 8-10 May in Glencoe, Scotland. Thanks to everyone who bought their tickets, we look forward to seeing you! 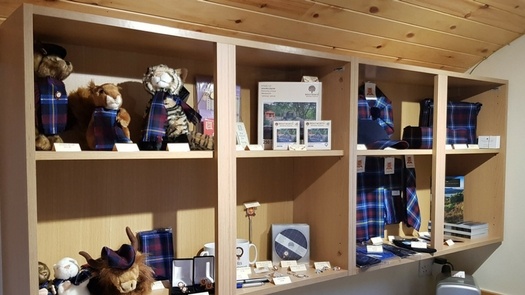 The weather outside might be frightful, but inside the reserve cabin we’re all stocked up for Christmas. Take a walk in a winter wonderland and visit our shop, or find Christmas gifts online. But hurry, our last order dates for Christmas delivery are fast approaching!

Clip Of The Month: Red Squirrel

Storm Caroline recently gave us cause to batten down the hatches on the reserve. We think that our native red squirrels decided to prepare for the inclement weather by stocking up on nuts from our feeders. This wee guy spent more than 20 minutes at the feeder – far longer than usual.

There are estimated to be only 160,000 red squirrels remaining in the UK, 75% of which are in Scotland. Without concerted effort and effective action to protect them from competition with the invasive, non-native American grey squirrel, the red squirrels that remain in Scotland could disappear within our lifetime.

The team at Highland Titles Nature Reserve wishes you a peaceful yuletide and a prosperous new year. We’ll be back with another update from the reserve in the new year. Until then – eat, drink and be merry! Merry Christmas!