Update from the Reserve – December 2020

2020 has been a year like no other. With the threat of a global pandemic, routines and life as we knew it came to a halt. And whilst humans around the world retreated to their homes, wildlife thrived! In the Nature Reserve, apart from the lack of 2-legged visitors, life continued on. Which means a whole year of exciting, intriguing and inspiring events. In this Reserve Update, we bring you some exclusive fresh news from the Reserve, but we would also like to reminisce on some of the most exciting moments of the year. Finally, the Highland Titles team wishes a Happy Hogmanay to all, and a Guid New Year! 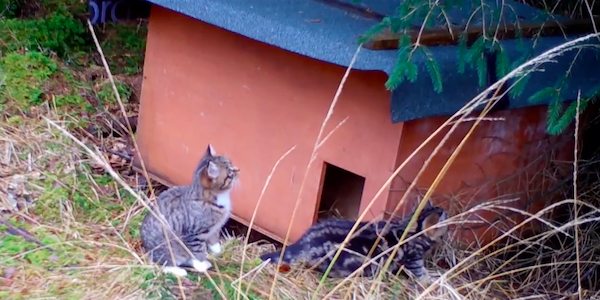 It has been such a joy to see Hope grow confident in her parenting skills and maternal role. And even a greater joy to witness these two adorable kittens growing and developing personalities of their own. However, as they do so, so does the uncertainty about their future. So before we tell you about our plans, let us give you a bit more information about these fascinating youngsters.

As Stewart has been able to get closer to the kittens (not without being escorted back to the enclosure gate by the cautious Mum), we were able to identify their gender and get a closer look at their fur marks. The one wearing the fashionable white boots, lovingly nicknamed Socks, is a cheeky boy. Due to this very visible characteristic, we knew for a while that he was not a pure Scottish Wildcat. The other one, with the most prominent stripes, lovingly nicknamed Stripey, is a sweet girl. But after having a closer look at her markings and her tail (which is very pointy), it has also become increasingly clear that she is not a Scottish Wildcat either.

Because they are not pure enough to be enrolled in the breed and release programme, the plan is to neuter them, which is a legal requirement since they are classed as feral cats. The plan is to either find a suitable home for them, probably a farm with lots of space and somebody to feed and look after them, or, release them on the Nature Reserve, with hopes we can still see them around and provide some food if their hunting skills aren’t as good as their wild counterparts. But, that’s an update for next year – for now, enjoy this hilarious footage of the kittens playing and sneakily attacking each other. 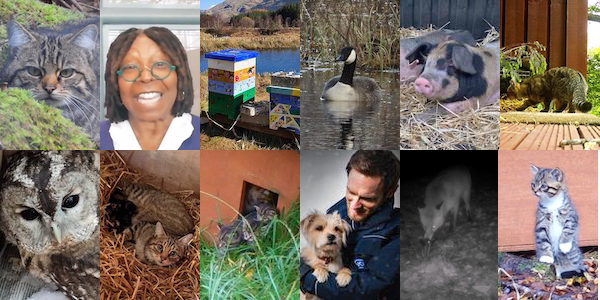 Thanks to your continued loyalty and support, this year is brimming with milestones and moments worth celebrating. So take a journey with us down memory lane, and please tell us – what is your favourite moment of 2020? Vote by simply filling in the form below. We can’t wait to see the results!

January
Our resident hybrid Scottish Wildcat is formally named Hope by the Community.

March
First hive check of the year, which turned out to be the best for our bees and their honey.

April
Canada Geese return to the Reserve, and we welcome 4 goslings.

May
We welcome the hardworking and hilarious pair of Saddleback and Gloucestershire Old Spot cross piggies, Cagney & Lacey.

June
The team’s amazing and fast trapping and releasing efforts after Hope goes missing.
July
The rehabilitation and release of four Tawny owls in the Reserve.

September
Hope’s mother instincts kick right in, and she proves herself as a wonderful mum.

October
With the Community’s support, we donate £4k donated to like-minded organisations.

November
The mysterious theft of bowls from the Hedgehog’s Forever Home and the capture of the guilty fox on our SpyCams.

December
Plans to neuter and release the kittens and another move for our piggies.

VOTE ON FAVOURITE MOMENT OF 2020 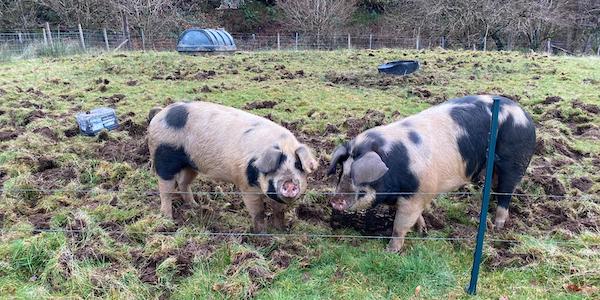 The ladies are on the move again! And this time, it went surprisingly well. Lured them to the trailer with some food, and in they went. Well, that’s a slight fib, so after the customary reluctance to get over the now-removed electric fence (they know it used to be there, they don’t believe it is no longer there, and they still don’t like to go across that point). But Cagney & Lacey are now in a brand new spacious pasture, where they have started to work hard already, and they seem to be loving it! 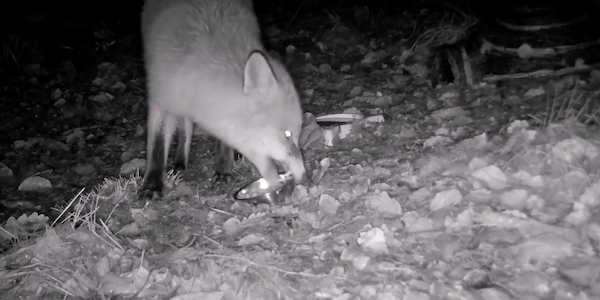 We are not sure what’s worse – not knowing who or what was stealing the food bowls from the Forever Home for Hedgehogs, or not knowing why they are doing it. The stealing fox has been caught red-handed, again, by the same SpyCam. The thief can be seen eating away the little hogs’ food, licking the bowl clean, and then simply carrying it away. The pleased look on its face, it’s almost like it knows it is being recorded. We are starting to think it might be part-magpie and inexplicably attracted to shiny things!

Clip of the Month: Hazelnut Fans 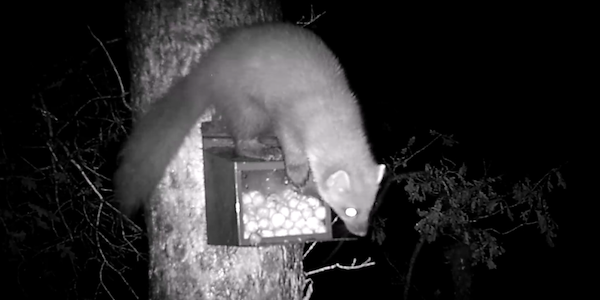 And no, we don’t mean red squirrels, but instead the second rarest mammal in Britain – the pine marten. The rodent-eating predator who is actually an unlikely hero for the red squirrel.

As discovered by a study in March 2018, by preying mostly on grey squirrels, pine martens are helping to reverse the spread of this invasive species, and therefore contributing to the conservation of red squirrels. We would still like to keep their dinner times separate, just in case!