Update from the Reserve – January 2021

We hope you’ve had an excellent start to the year and that you are already looking forward to another year of wildlife challenges, land management successes, new adventures, and everything in-between! In this month’s Reserve Update, we bring you some exciting animal news, and we reveal the Community’s favourite moment of 2020. Continue reading to find out more!

The Community’s Favourite Moment of 2020 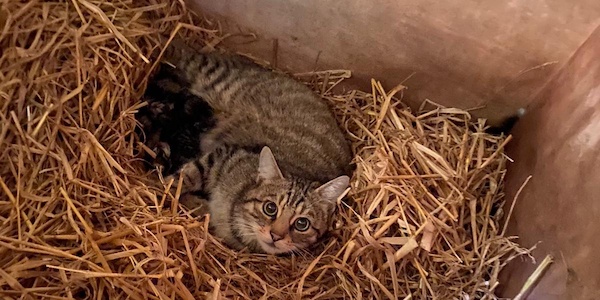 In the last Reserve Update, we asked our Lairds, Lords and Ladies to take a journey with us down memory lane and vote on their favourite moment of 2020. With over 350 votes, this was a close call. With so many milestones and moments worth celebrating, it looks like our worldwide Community just couldn’t agree on their favourite one.

But with 21% of the votes, the winning month was August, when our very own Hope became a mum to 3 kittens. This month was closely followed by July, with the rehabilitation and release of our tawny owls, and then November, with the mysterious foxy bowl thief caught on camera. Thank you so much to those who participated. We hope that you enjoyed reminiscing on some of last year’s achievements, and that you continue to support us so we can achieve even more and better things together this year!

After a lengthy exercise of getting the cats comfortable in and around the traps by luring them with food, it finally came to the big day! From previous trappings, we knew that there is no way of planning how the actual trapping will go, so we had the cats’ neutering booked at the brilliant Crown Vets for both Tuesday and Thursday, in case something went wrong. But this time, instead of setting the traps at night and hoping for the best, the plan was for me to set them up in the (very!) early morning and stay on site until they were caught. And luckily, all of our efforts were rewarded. The extended, patient, groundwork meant that with minimal disruption and stress, the cats were all successfully trapped (including poor Hope, who was promptly released). No cat was actually in the cage for more than an hour, and Hope herself was free within 15 minutes.

After a slightly longer than expected stay at the Vets – after all, there were two operations to perform rather than one, and because they had both eaten a little, to tempt them into the traps, the team couldn’t start straight away – the kittens and I returned to the Reserve much later that day. After a case of a misplaced torch, I had nothing but my phone to shine some light, whilst simultaneously trying to take off the tie-wraps, open the cage, and encourage the poorly wee kittens into the dark den. A slightly challenging release, but we are glad that all went well and they are now well-fed and comfortable in their new enclosure, though we think they might be feeling a bit blue now that they are away from Mum. Now to plan a soft release – as always, we’ll keep you updated! 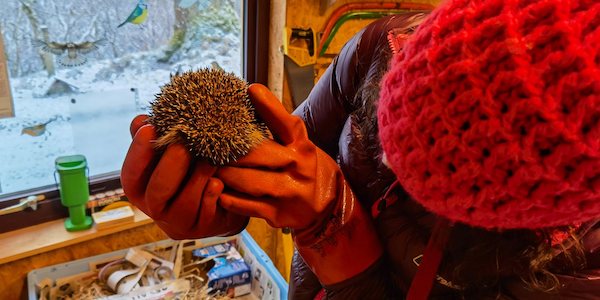 This month we also had a special delivery from Sophie at Crown Vets – a new spiky friend! Annie is a poorly hedgehog who has been recently treated at the vets, and now needs a residence where she can recover safely and happily. For now, she is indoors until we get a warmer spell of weather, after which she will be moved to the fantastic Forever Home for Injured Hedgehogs until we see how she gets on! 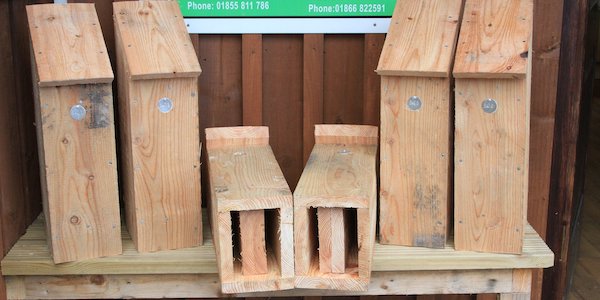 Our wonderful habitat boxes are always popular during the festive season. Not only because they make a really thoughtful gift to a loved one, but also due to the lower temperatures and the need to keep the wildlife safe, warm and protected. They are all handmade from untreated wood, and sourced locally from Scottish craftsmen – our birds, bats, bees, bugs, hedgehogs, owls and squirrels really love them!

Clip of the Month: Cabin Visitors 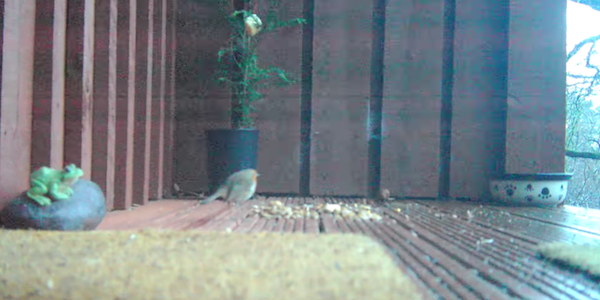 The decking down at the cabin seems to be a hotspot for the local wildlife. Something tells us they are not coming just because of the lovely decoration, but instead the food might have something to do with it. In this selection, you can see a Robin, a mouse, a Dunnock, a Blackbird and even a Great Tit!