Did you know July was named by the Roman Senate in honour of Julius Caesar’s birth month? Whilst no births have been recorded this month here at our Nature Reserves, we did welcome a lot of new guests; unfortunately none of the human kind (don’t worry our tours start in August). From mysterious bats to some hootiful birds – continue reading to find out more! 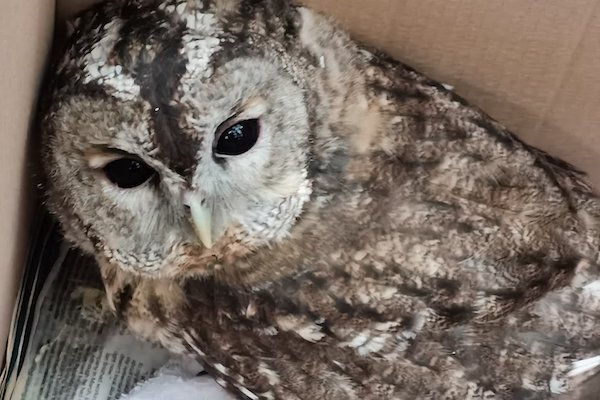 Thanks to the amazing rescue and rehabilitation efforts from our friends at Hessilhead Wildlife Rescue Centre (who continue to be the beneficiary of this month’s Thursday donations), we have recently welcomed some exciting arrivals: four Tawny Owls. Having been nursed back to health by the fantastic Hessilhead team, the owls needed a new space where they could finalise their rehabilitation and be released back into the wild – and luckily, we knew just the spot. We quickly worked on a cosy temporary home and, since they tend to stay close to where they are released, we will hopefully be seeing them around even after we let them go.

The tawny owl has a rounded body and head, with a ring of dark feathers around its face surrounding the dark eyes. In the UK, they are mainly reddish-brown above and paler underneath, and it is a widespread breeding species in England, Wales and Scotland. They are usually the size of a woodpigeon, though ours seem a little larger – take a look for yourself!

Bat’s the way it is 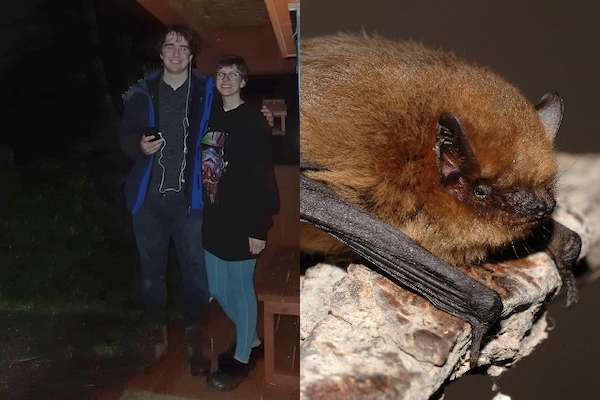 On July 22nd, our very own Heather and Thomas went on our first evening bat detector walk this year. They logged a lot of Common Pipistrelle and some Soprano Pipistrelle, which is pretty good for a quick check. We are working on a more detailed survey and, as always, will keep you updated when that is done.

Other than these two, which are the most common bat species in the UK and the most likely to be seen in the wild, there are three other bat species officially recognised at our Nature Reserves: the brown long-eared bat, the Daubenton’s bat, and the noctule bat.

Goodbye to an old friend 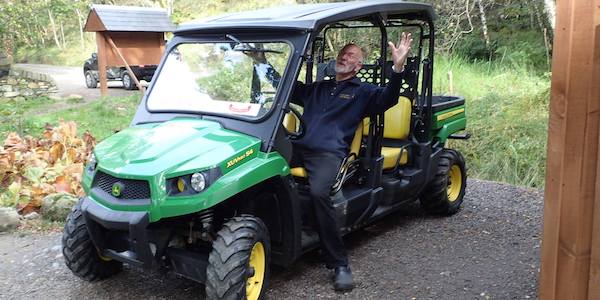 Three to four thousand tours later, it is sadly the time for our old 4×4 Gator to go and work somewhere else. We can still remember the excitement when it was first delivered, and it’s good to reminisce on the memories of all the Lords, Ladies and Lairds being shown to their plots on this amazing workhorse. Currently, we don’t need the outlay of 2, but perhaps next year, when tours pick up again, we’ll look at getting a more environmentally-friendly, electric helper – it will certainly be quieter on tours! 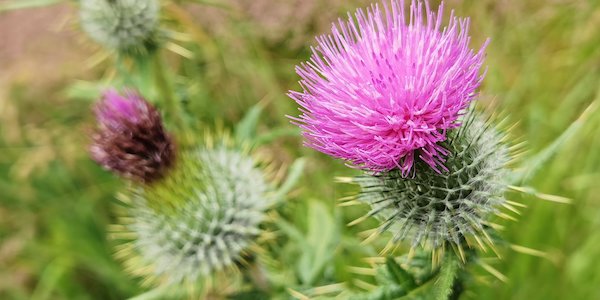 England has the rose, Wales the daffodil, Ireland the shamrock, and Scotland… the thistle! Second only to tartan, nothing quite says Scotland like this humble, prickly weed. Though no one knows for certain how the purple-flowered thistle rose to such lofty significance, legend has it that a sleeping party of Scots warriors were saved from ambush by an invading Norse army when one of the enemies stood on the spiky plant. His anguished cry roused the slumbering warriors, who adopted the thistle as their national symbol – and we have plenty of it in our Reserves!

SHOW OFF YOUR SCOTTISH PRIDE

Clip of the Month: Balancing Badger

This month’s SpyCam clip features an adorable, balancing badger, caught by our SquirrelCam. We think they have realised that it’s a good spot for tasty dropped food!