In the marvellous month of May, many were the moments of mischief and magnificence. From welcoming innocent baby birds, ducks and geese, to elaborate escape plans from cheeky pigs and some unexpected bee stings – there has barely been a relaxing and calm hour, despite still being closed to Reserve Visitors. Continue reading to find out more! 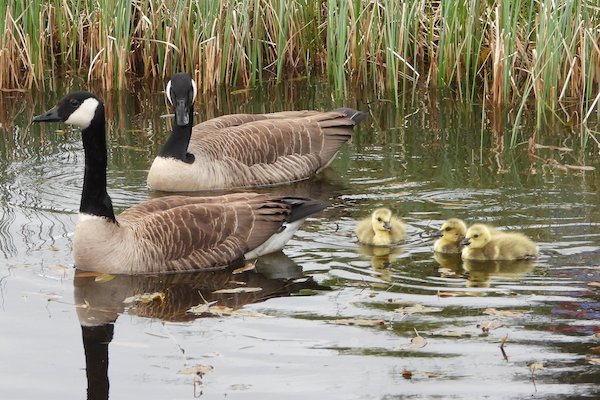 We are so happy to announce we have welcomed plenty of feathery babies this month! In addition to some new beaks to feed in the Nature Reserve’s bird boxes, we also welcomed 6 adorable Mallard Ducklings, as you may have read on this month’s Mid-Month Tails, and, the big news, 4 stunning Canada Geese goslings!

Though we are so incredibly grateful to have been chosen, yet again, as a breeding and nesting spot for this fantastic species, we were rather surprised with this year’s numbers of goslings. In previous years, we have greeted a regular number of 6 or 7 wee ones, and it wasn’t until the goslings moved to the bigger lochan and I reviewed the SpyCam footage, that we realised a potential reason. In the series of clips, you can see the Dad Canada Goose guarding the nest against a group of hoodie crows; and whilst it is a cruel and sad side of nature, it may be that the hoodies predated a couple of the chicks.

Though a small number, you can watch the healthy and adorable goslings in this compilation of SpyCams and live recordings. This is most likely the last video of this year’s Canada Geese, which should be leaving us again soon for another year! 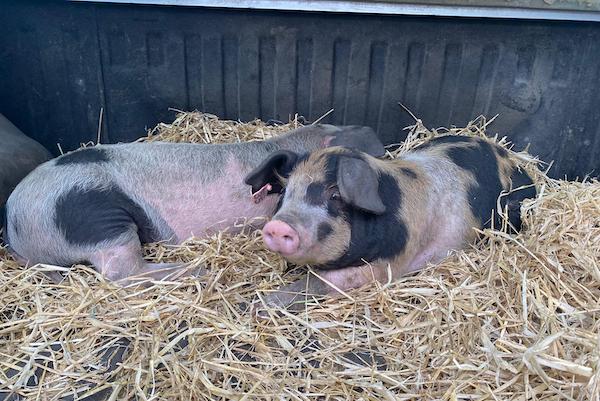 We started the month by finishing off a new enclosure for some new arrivals, which included a nice wee house with lots of fluffed up straw to keep them cosy and warm – but nothing could have prepared us for all the antics that soon followed.

First, there was happiness and excitement! We received a pair of cheeky female pigs, a Saddleback and Gloucestershire Old Spot cross, known for being hardy, yet docile breeds. This is our fourth attempt to use pigs as a natural way of controlling bracken in the Nature Reserve, but it is the first time we were hosting a pair of girls!

Soon, the Community got involved by naming the ladies, and by popular vote, they were named Cagney & Lacey. But they had barely become accustomed to their new name and home, when they attempted their first escape, having been caught by Fiona and Stewart soon after. But then, a second daring escape plan was hatched during the night, followed by a stroll down to the main road. After a couple of distressing calls from neighbours, and even the police, the team went to their rescue and sentenced the girls to a spell in a high-security area (a currently empty wildcat rehabilitation enclosure).

Now that escape was no longer an issue, they both seem to have fallen ill, and we had to call the team at Crown Vets. Cold stethoscope on the belly? No problem. Thermometer up the bottom? A slight issue! An injection? No thanks! And at the first prick of the needle, Lacey was off, with Cagney not far behind, as they both managed to escape under the fence. After much chasing and unsuccessful attempts, we have now been able to medicate both girls, and we can only hope for a quick and swift recovery. What an adventure! 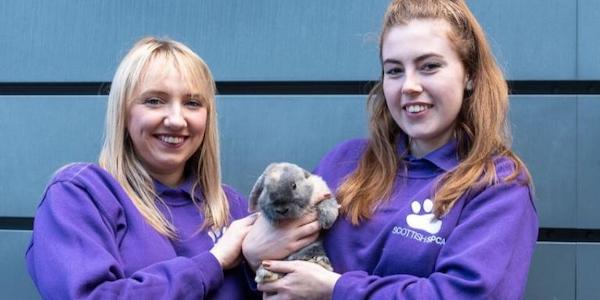 Some of you may recall that throughout the month of April, we donated 5% of the profits every Thursday to the Lochaber FoodBank. Given the overwhelming support, we decided to continue our Thursday donations, but we wanted your help to decide which local initiative to support. We are happy to announce that SSPCA, the Scottish Society for Prevention of Cruelty to Animals, received most of the Community votes, and will, therefore, be the beneficiary of our Thursday Donations during the month of June! 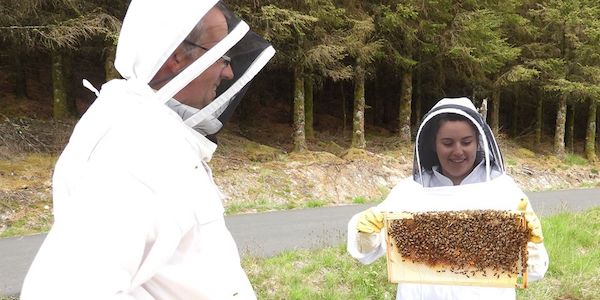 On May 20th, we celebrated World Bee Day! Having been graced by some much-needed warmth and sunny weather, our hives got off to a really great start for the season. The two hives which failed over the Winter have now been replaced, bringing us back to full capacity with eight hives. This month’s bee visit with Meik from Webster Honey was also extra special since it was Shannon’s first time joining in – all went well, and nobody was stung (except poor Meik, but we did tell him not to wear shorts).

Clip of the Month: The Fast Fox Mix

This month’s featured clips include a compilation of red fox sightings in the Reserve which we have named Fast Fox Mix – which we are sure you’ll understand why when you see all these near misses!