Update From The Reserve – October 2020

It’s October and it’s only fitting that this month’s Reserve Update is full of tricks and treats. We are happy to report no witches, ghosts, or supernatural activity, but there’s still plenty of other news, some good and some not so much. No need for neep lanterns, i.e. turnip lanterns, the Scottish version of the better-known (and less terrifying) pumpkin Jack O’ Lantern. Continue reading to find out the most important news from this month!

The Gift That Keeps on Giving 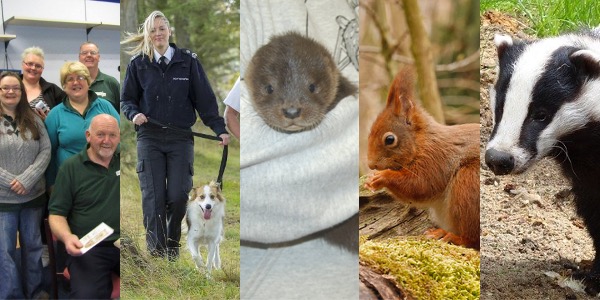 For the last 6 months, we have been committed to giving back to local and like-minded organisations. Every month, a charity chosen by the Community received 5% of every Thursday’s profits. In April and May, we raised £1000 for the Lochaber Foodbank. In June, we donated £646 to the Scottish Society for the Prevention of Cruelty to Animals. In July, we gave £709 to the Hessilhead Wildlife Rescue Trust. In August, we contributed £725 to the Red Squirrel Survival Trust. And finally, in September, we raised £933 to Scottish Badgers.

That is over £4,000 donated! These fantastic results are entirely thanks to you and your overwhelming support. By helping us, you have indirectly helped all of these wonderful organisations and their work with local communities, human and animal alike.

Earlier in the month, Stewart realised as he reviewed the wildcat enclosure SpyCam footage that the clips showed only two kittens. Growing suspicious, the team decided to search the enclosure, and we are so incredibly sad to say that the third kitten has unfortunately passed away. Confirmed as a wee girl, she was much smaller than the other two, and she was found at the far end of the enclosure. Nature can be cruel: maybe she was always the runt, or maybe she got lost and separated from Mum, we’ll never know.

However, now we are focused on the other two cheeky kittens, who are healthy, happy and growing before our very own eyes – check out this clip for some daytime action. You’ll notice one of them is rocking what looks like a remarkable pair of white boots, which unfortunately is a telltale sign that they are not a pure Scottish Wildcat. Even so, cats can mate with multiple partners per cycle, and therefore the same litter can have different fathers. There’s always Hope! 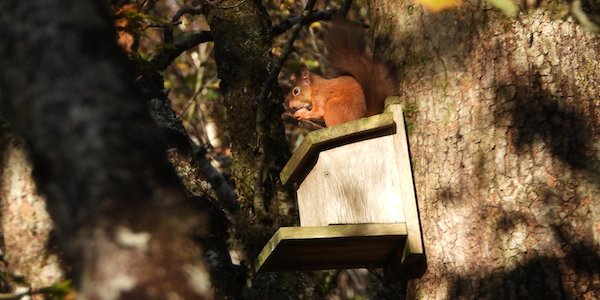 As some of you may know, there are estimated to be only 160,000 red squirrels remaining in the UK. Without concerted and effective action to protect them, the red squirrels that remain in Scotland could disappear within our lifetime. It wasn’t that long ago that there were no sightings of this amazing native species in our Nature Reserves. But we are so glad to have witnessed not only their return but the remarkable increase of our local red squirrel population. Here are some of our favourite clips from FIVE different squirrel locations – they are everywhere, and we couldn’t be happier about it!

Ladies On The Move 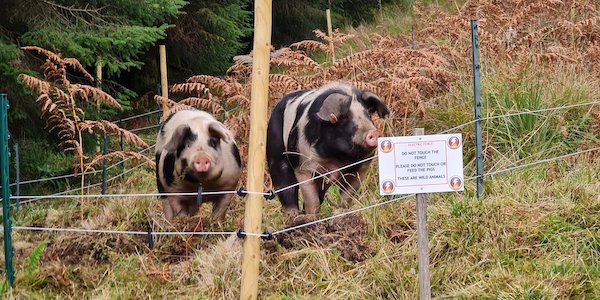 It was time for our first planned move for Cagney and Lacey, which took place over the weekend as we needed all hands on deck (plus a few family helpers too). But of course, they weren’t going to make it easy for us. Being super smart, the ladies refused to cross the now imaginary electric line, which had already been removed, and even ignored the tasty food placed outside the old area. After a lot of effort, and having already pushed their house down the hill twice, the piggies are now quite happy in their new area. But for how long will the quiet last? We aren’t betting on it.

Clip of the Month: Otterly Adorable 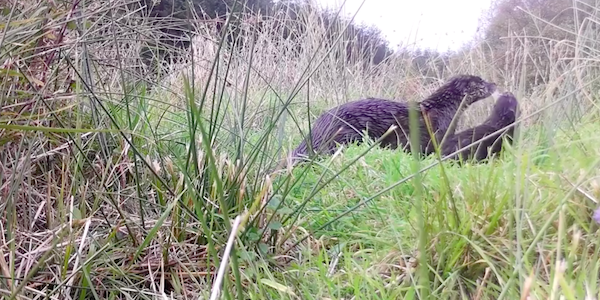 This month’s clip features some of our favourite otter SpyCam clips, including a lovely capture of Mum and her pup. Whilst their numbers are growing, otters can still be difficult to spot – they spend most of their time in the water and sleep and breed in holts, which are normally caves, burrows or holes. So we hope you enjoy this clip and the privileged view!