Update from the Reserve – September 2021

A September to remember. This month we have had many memorable moments, with tree felling, new releases and famous friends. Read on to find out what we have been up to this month! 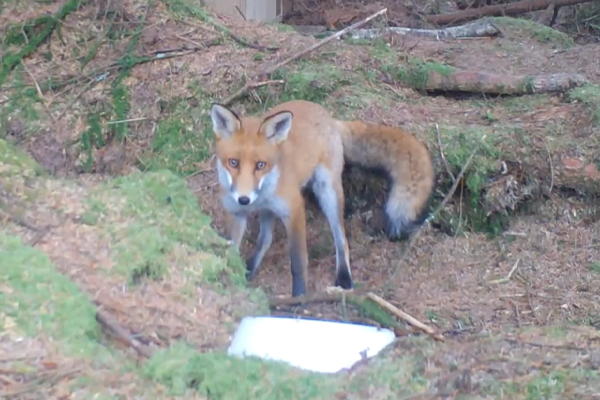 You may remember that we welcomed 3 fox cubs from our friends at Hessilhead Wildlife Centre. Two girls and one boy (all from separate litters) came to stay as they built up their strength, before they could be released into the wild. The trio settled in well, although the girls formed a close bond and often ousted the boy, so he had to settle for their leftovers!

We were happy with how they were maturing so a couple of weeks ago we began a soft release of the cubs. This meant that we continued to provide food but left the enclosure open, so they could come and go as they pleased. The cubs are now self-sufficient and rarely return. Although we will miss having the cubs around, it is always rewarding when we are able to reintroduce animals to the wild. 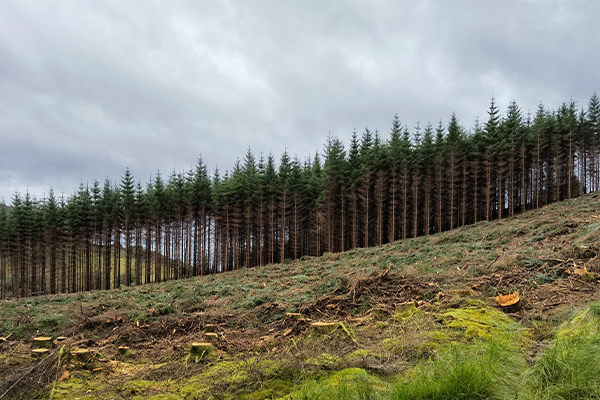 When we arrived at the Reserve, much of the land had been repurposed for commercial trade with acres of Sitka trees planted as close together as possible to achieve maximum yield and profit. However, this damages the natural ecosystem as it has knock-on effects on the native species; plants unable to cope with the lack of light and many animals lose their natural habitat and food sources.

While the manual work had only just begun in our last update, our tree-felling project has undergone extensive planning for years. This groundwork makes it all the more exciting to watch the progress as we have now completed phase 1 – cutting down the Sitka trees (watch the tree cutter in action here).

In phase 2 we will be planting 5000 native trees – including birch, oak, alder, scots pine and hazel. This feels like a major step forward in our conservation efforts here at the Reserve. Hopefully, in a couple years this now bare land will be bustling with Scottish wildlife!

From Pop Royalty to Lord of Glencoe 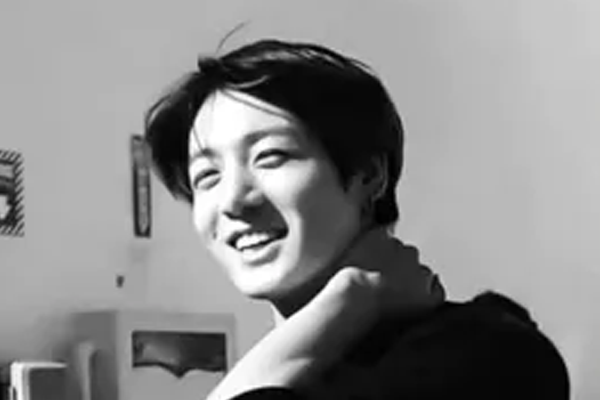 This month we have welcomed another famous face to our Highland Titles community – BTS singer Jeon JungKook. Whilst Jungkook is already considered nobility by many of his fans, we are delighted to make it official as his friend gifted him a plot for his Birthday. He joins our global community, which also includes Whoopi Goldberg and Chesney Hawkes! 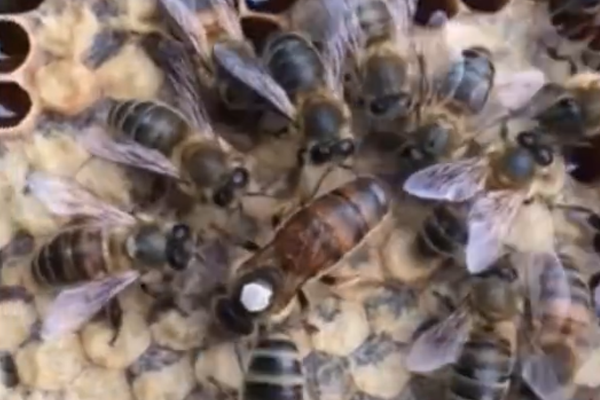 Our Queen Bee, who has been missing in action, has returned! Although it is not uncommon for Queen Bees to disappear it is very unusual for them to return. So we can keep track of her this time, Meik marked her with a white dot before she was welcomed back into the hive.

Clip of the Month: A Budding Friendship?

Braveheart the Buzzard is at it again! So far Braveheart has been spotted sharing a meal with the wildcats and hedgehogs but our latest footage shows his most surprising dinner guest yet…. A red squirrel!

The squirrel is rightfully extremely cautious as Buzzards are notorious hunters whose prey includes small mammals such as mice, rabbits and even squirrels. Luckily these 2 seem to be coexisting peacefully!