Home➤ News & Events➤ Blog➤ The Ultimate Guide to Wetlands 1.0
BECOME A LORD OR A LADY NOW

The Ultimate Guide to Wetlands 1.0

The world’s wetlands are crucial habitats. Not only do they support a wide range of wildlife, they are also the key to fighting climate change. Peat bogs cover just 3% of the world, yet store nearly a third of all land-based carbon – twice as much as the world’s forests.

Coastal marshes and wetland areas are also extremely carbon-dense ecosystems. What is more, wetlands can aid in adaptation and mitigation when it comes to extreme flooding and other extreme weather-related events.

Yet the world’s wetlands are in threat. They are disappearing three times faster than forests. Their loss contributes significantly to global warming.

Scotland has a number of crucial wetlands, which are key to the country’s ecosystems, and also play a role in the world’s wider ecosystems. But what exactly are these wetlands? Why exactly are they so important? To answer these questions, and more, let’s take a closer look at wetlands in Scotland:

02
Why Are Wetlands Important?

When we talk about wetlands, we are actually talking about a wide range of different types of landscape.

These can range from raised peatlands and peat bogs to wet heath on mountain slopes and plateaux. Examples can also include marshes and fens, wet woodlands, wet grassland, springs and flushes, and wet dune slacks and salt marshes along the coast.

What all of these habitat types have in common is that, as the name suggests, they retain water and are permanently or frequently waterlogged. Wetlands are common over large areas of Scotland. Poorly draining soils, high rainfall and relatively low temperatures all contribute to the formation of wetland areas.

The type of wetland that develops in a given area depends, of course, on where it sits in the landscape, and the various conditions that are found there. When several wetland types are found in the same area (which is fairly common in Scotland) this can sometimes be called a ‘habitat mosaic’. 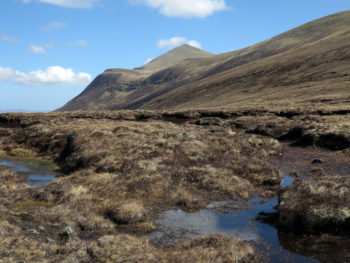 Peatlands are wetland areas where peat has accumulated, and where conditions are such that vegetation grows and can form new layers of peat.

Peat bogs are one type of peatland, and are one of the most extensive semi-natural habitats in Scotland. Rain-fed blanket bog can also often develop on peat soil areas in the hills and in the far north where the climate is cool and wet.

These blanket bogs support many different species of sphagnum moss and heather. They are often interspersed with natural springs, flushes and groundwater-fed fens. 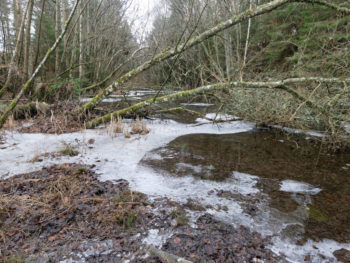 Swamp beside the River Conon

All of these diverse wetland environments are also found across Scotland. They often provide rich grazing for livestock and also support a wide range of wildlife and natural flora, such as tussock sedges, mosses and marsh-orchids.

They are important feeding and breeding grounds for a wide range of birds and other animals. 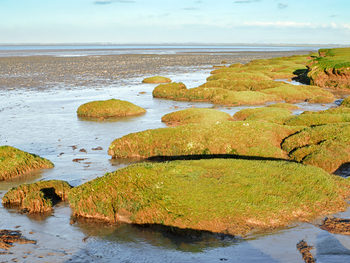 Forming along the country’s coastline in a number of locations, salt marshes provide another haven for wildlife.

They are an important habitat for a range of birds, fish and other creatures. Wet dune slacks can form between sand dunes, which are flooded in different seasons to create a unique, rare habitat that supports plants such as sedge, moss, cross-leaved heath and creeping willow.

02. Why Are Scottish Wetlands Important?

It is estimated that a staggering 1,600 million tonnes of carbon are stored in peat soils in Scotland. Peatlands, wet environments which allow new peat for form, are crucial for carbon sequestration now, and moving forward.

Many wetland areas are vitally important in the water cycle, helping to store water and hold it in the landscape to prevent run-off (which can deplete soils) and flooding.

Wetlands slow the flow of rain water through the environment into rivers and lochs and can store floodwater in the floodplain to reduce peak flooding in areas of human habitation.

What is more, wetlands often form between land and open water and can prevent pollutants and contaminants from land from getting into watercourses or the sea.

Wetlands offer natural water purification, and can filter out suspended solids, nitrogen and phosphorus, all of which can have a hugely detrimental effect when they get into rivers and lochs.

Artificial wetlands, called Sustainable Drainage Systems are sometimes created in order to remove pollutants from run-off in towns and cities, as well as to retain flood water. They can also play an important role in sewage and waste water management.

Scotland’s wetlands ability to collect and store water means that they play an important role in creating the country’s drinking water. The natural filtration described above not only removes pollutants to prevent them from ending up in rivers and lochs.

It also prevents pollution of drinking water supplies, improving the quality of the fresh water and reducing the cost and amount of purification that is required before water ends up in our homes. Most Scottish drinking water has passed through a wetland before it reaches a reservoir.

Of course, another reason why wetlands are so crucial is that they can greatly enhance the country’s biodiversity.

Wetlands are some of the world’s most productive ecosystems and in Scotland, this can be seen in the sheer number of birds, animals and plants that depend upon and thrive in these environments.

Wetlands have been described as ‘biological super systems’ because they produce great volumes of food that support a remarkable level of biodiversity. In terms of the number of species they support, wetlands can be as rich as rainforests and coral reefs.

In the UK, wetlands make up only 3% of the land cover, but 10% of biodiversity, including many of our rarest species.

Biodiversity is important because the more biodiverse an ecosystem, the better able it is to withstand change, and the more resilient it will be in the face of our changing planet. Of course, biodiversity also has a range of other knock-on positive effects on our agricultural systems, and other elements intrinsic to humanity’s survival.

Wetlands are a place to see some of Scotland’s most diverse and fascinating wildlife. The sheer number of plant and animal species that live on or near, or visit wetland sites across the country means that these are wonderful spots for wildlife watchers.

Each wetland site in Scotland has such a diverse range of plants and animals, both breeding and visiting, that it would be impossible to even begin to list them. Just one site can be home to thousands of different species.

Many made for the wetland sites across Scotland on February 2nd which is world Wetland Awareness Day. This is a time when people come together to appreciate these vital ecosystems and raise awareness about their importance. However, Scotland’s wetlands can be fascinating places to visit at any time of year.

Scotland has a total of 51 Ramsar sites – sites designated as internationally important wetland locations. These important wetlands cover a total area of around 313,000 hectares and most are also linked to the Natura 2000 network, either as Special Protection Areas or Special Areas of Conservation.

All are underpinned by Sites of Special Scientific Interest. Some notable (and easily accessible) wetland sites in Scotland can be found below:

This centre on the northern shore of the Solway Firth is one of the best places in the UK to see geese and swans. Virtually the entire Svalbard population of barnacle geese overwinters here. Each autumn, thousands flock here to south-west Scotland to take advantage of the relatively mild climate and abundance of food. 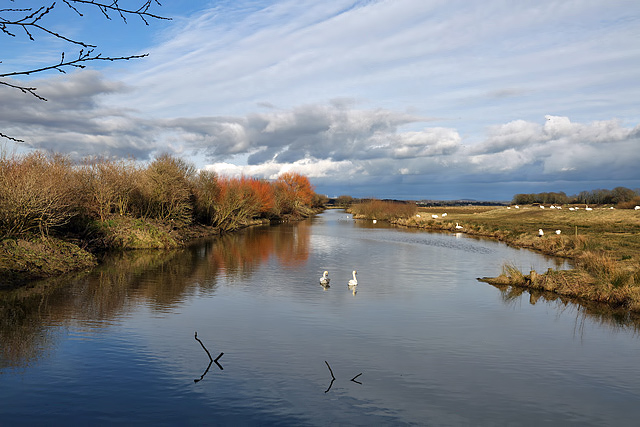 Yet of course, this diverse wetland environment is also visited by and home to a huge range of other birds and other wildlife.

More than 140,000 wading birds, including pink-footed geese, goldeneyes, dunlins, grey plovers and golden plovers have been recorded in winter and many others of birds pass through. In summer, around 45-50 different bird species breed here, including shelducks, redshanks, curlews and oystercatchers.

Caerlaverock is also home to the UK’s most northerly population of natterjack toads. It is believed that up to 10% of the UK’s breeding population may live here.

The site is a habitat mosaic, with a variety of wetland environments. It comprises areas of bare mud and sand, merse and marshes, and is fringed by grassland on the landward side and makes up a part of the Upper Solway Flats and Marshes, which is one of Scotland’s 51 Ramsar sites.

In addition to enjoying the wildlife and wonders of this natural environment, visitors here can also visit the Wildfowl and Wetland Trust visitor centre, and visit Caerlaverock Castle, nearby.

Rannoch Moor is one of Scotland’s Ramsar sites and it is another wetland landscape noted for its flora and fauna. It is the sole British location for the Rannoch-rush, named after the moor, and is one of few remaining habitats for a number of rare creatures, including the Formica exsecta – the ‘narrow headed ant’, though recent surveys have failed to find them. 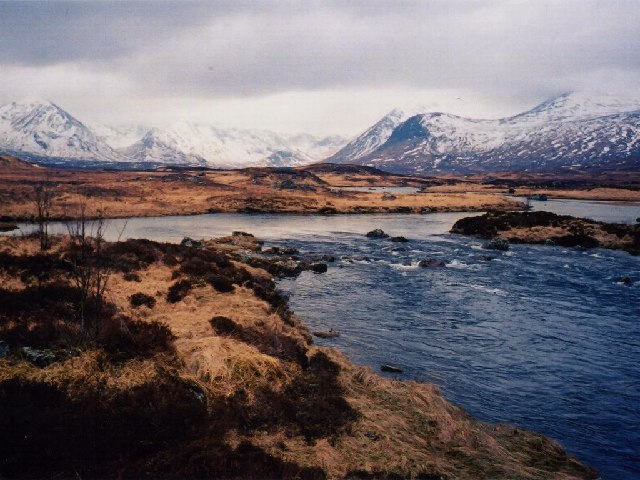 This area of bog, moor and lochans, a formerly glaciated plateau, can be traversed on the A82, or, on the other side of the high, mountain-ringed plateau, by taking the train to Rannoch Station. The vegetation that developed here represents the most extensive complex of western blanket and valley mire in Britain.

Its raised and blanket bogs, streams and pools and rocky outcrops are rich in vascular plant species. Plants such as sphagnum mosses, grasses, bear berry, ling, arctic bearberry, great sundew and least water lily can all also be found here.

If you are visiting the Scottish capital then you may wish to consider a visit to this wildlife reserve, close to the city centre. Duddingston Loch is the only freshwater loch in the city and attracts large numbers of water fowl. The wetland around the shores of the loch are home to otters, and the reserve is also an important breeding site for heron. 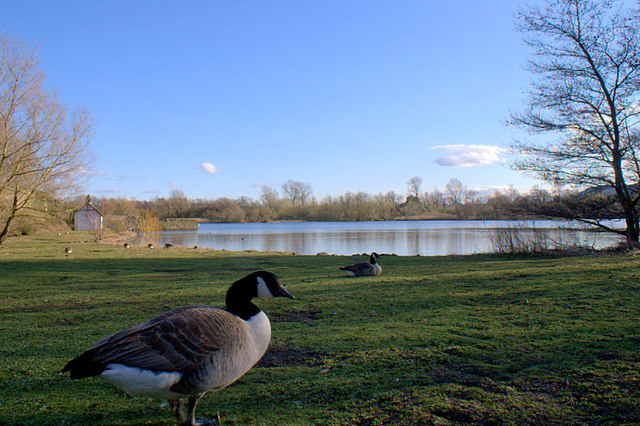 This reserve is a diverse mosaic of islands, lagoons, marsh, reed beds and wet woodland created by surrounding coal bings on the upper River Nith Valley. It is home to a wide range of breeding birds including water rail, whinchat and reed bunting, and many migrating species can be seen here too in winter. 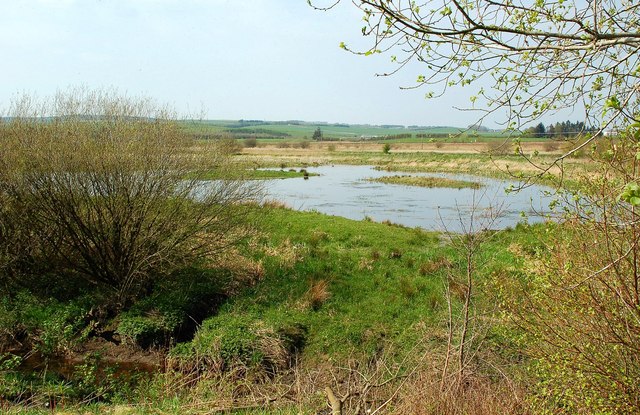 The wetlands and varied shoreline of the Loch of Lintrathen are another great place to see a range of bird species. Birds living on and around the loch include coots, shovellers and tufted ducks. In winter, greylag geese migrate here from Iceland. Interestingly, this loch also serves as the main water supply for Dundee and Angus. 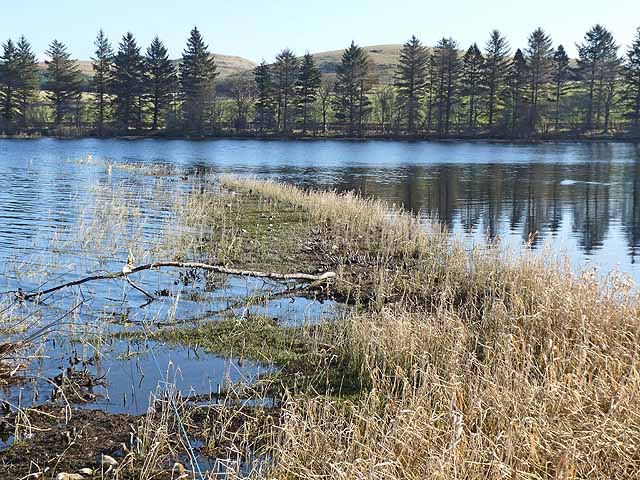 There are, of course, many other notable wetland sites to visit across the country. Discovering some of the more remote and distant wetlands affords near endless opportunities to appreciate and enjoy these astonishing watery landscapes and perhaps to play a role in helping to protect them for ourselves, and for future generations.

Preserving our Scottish wetlands is key in the country’s sustainable development goals, and whether we succeed in protecting such environments will play a major role in determining whether or not humanity is able to survive and redress the harm that it has done to our planet.