The Scottish Highlands is an area of outstanding natural beauty, and in this mountainous, sparsely populated area, it’s no surprise that you can find a wide variety of impressive resident animals. If you’re willing to brave parts of this wild and untamed region and know where to look, it can be a very rewarding wildlife watching experience. Here are just a few of the many and varied creatures that call the Highlands and Scotland home; from the land to the sea, and even the sky.

UK Population: 350,000 Status: Native and Not Too Concerning Lifespan: Up to 25 years 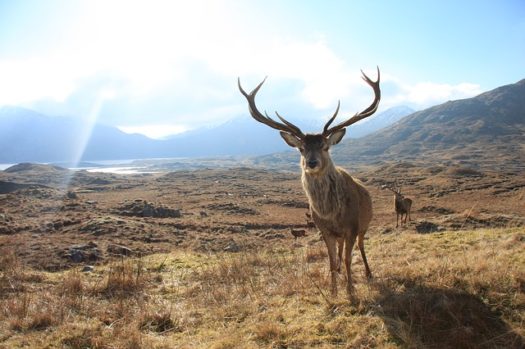 The largest land animal in the UK, Red Deer make an impressive sight and will surely be a highlight of any visit to the Highlands. Red Deer thrive in this untamed wilderness, with grown adults having no natural predators (apart from humans, that is). If you want a real spectacle, visit during the breeding season, or rut. This lasts from late September to November, and the impressively large and well-antlered stags compete for females via elaborate displays of roaring and fighting.


Threats: As they are widely distributed in Scotland and they can cause damage to commercial tree plantations, red deers are culled in different areas in the UK. Also, calves can be vulnerable to cold and wet winters. 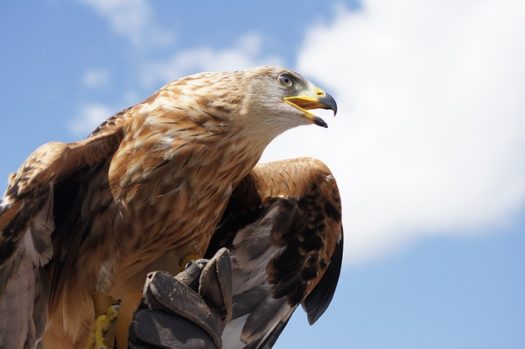 You shouldn’t just limit your search to the ground when travelling around the Scottish Highlands. If you keep your eyes peeled, you may even spot one of Scotland and the UK’s most iconic and majestic birds; the Golden Eagle. Golden Eagles can be found soaring high up on air currents, though you may want the assistance of a pair of binoculars for a better view. Guided tours can give you an even better chance of spotting these impressive airborne predators, and you’ll be sure you’re seeing the real thing rather than a smaller bird of prey.

Threats: Illegal persecution and low food availability, especially in parts of western Scotland, are the main threats to the Scottish golden eagle population.

UK Population: 161,000 Status: Near threatened Lifespan: Up to 7 years 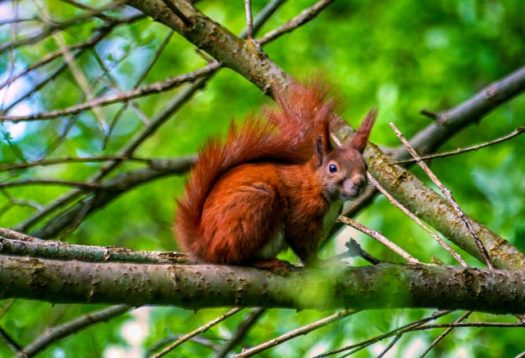 Now an endangered species, you’ll be lucky to catch a glimpse of this cute and charismatic critter, but it will be worth it if you do. The best places to see Red Squirrels in the Highlands include Caledonian pinewoods in the Cairngorms and Hazel woods beside the road, though they can also be found in mixed woodland throughout the area. While populations in England and Southern Scotland have suffered from the introduction of the non-native Grey Squirrel, luckily the Highland population of Red Squirrels have not been affected yet. 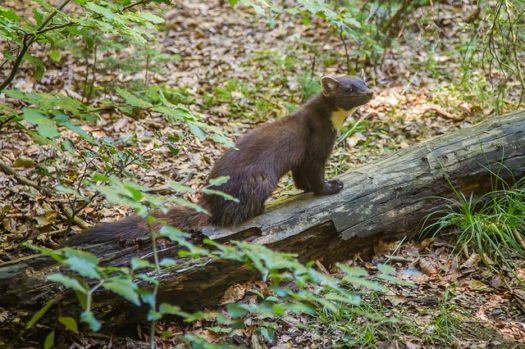 This elusive mammal lives in woodland areas, where it makes its home in the trees. While it may look cute, the Pine Marten is an effective predator and preys on rodents, birds, insects, eggs and much more. A skilled climber, its semi-retractable claws help it skilfully move around the treetops. Pine Martens are still hard to see in the wild, though they can sometimes be found visiting bird tables. Dawn and dusk are the best times for spotting this unique animal. 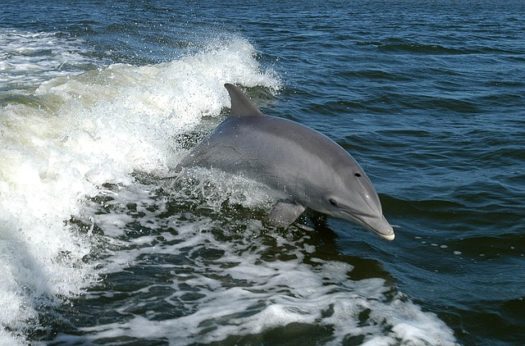 If you’re willing to venture to the coast, there’s also the chance of seeing some eye-catching aquatic wildlife. Head out on a boat with expert guides, and you may well spot Bottlenose Dolphins, Orcas or even various whale species. The Moray Firth, east of Inverness, is one of the best places to see dolphins in particular. Seeing these impressive creatures leaping out of the sea can be a memorable and rewarding experience that’s sure to last long in the memory. 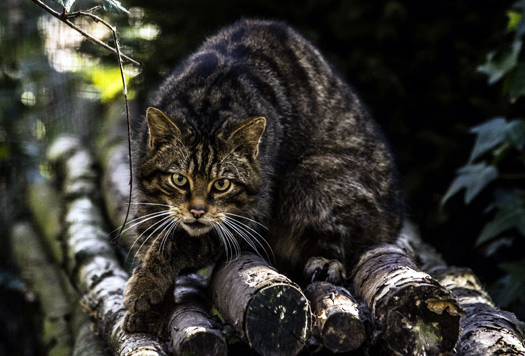 Found mostly in central and northern parts of Scotland, Scottish wildcats are now one of Britain’s rarest mammals due to multiple threats, with the biggest being interbreeding with domestic cats. The Scottish wildcat is currently listed by the International Union for the Conservation of Nature (IUCN) as critically endangered. Their dens are generally among large rocks or between roots, at the edges of mountains and moorlands. They are solitary and mostly nocturnal, and for the wildcats protection, previous sightings are kept purposefully vague.

Threats: Habitat loss, shooting and snaring despite their legal protection, and hybdridization with domestic cats.

This is just a small sample of the wildlife the Scottish Highlands has to offer. In such a rugged and natural area, you’re likely to see something new and exciting every time you venture out. Whether you want to seek out the assistance of knowledgeable guides or think you can go it alone, the choice is yours, and that’s the beauty of the Highlands. With a bit of research, plus a bit of luck, you may see some of Scotland’s most iconic creatures in their natural habitat.