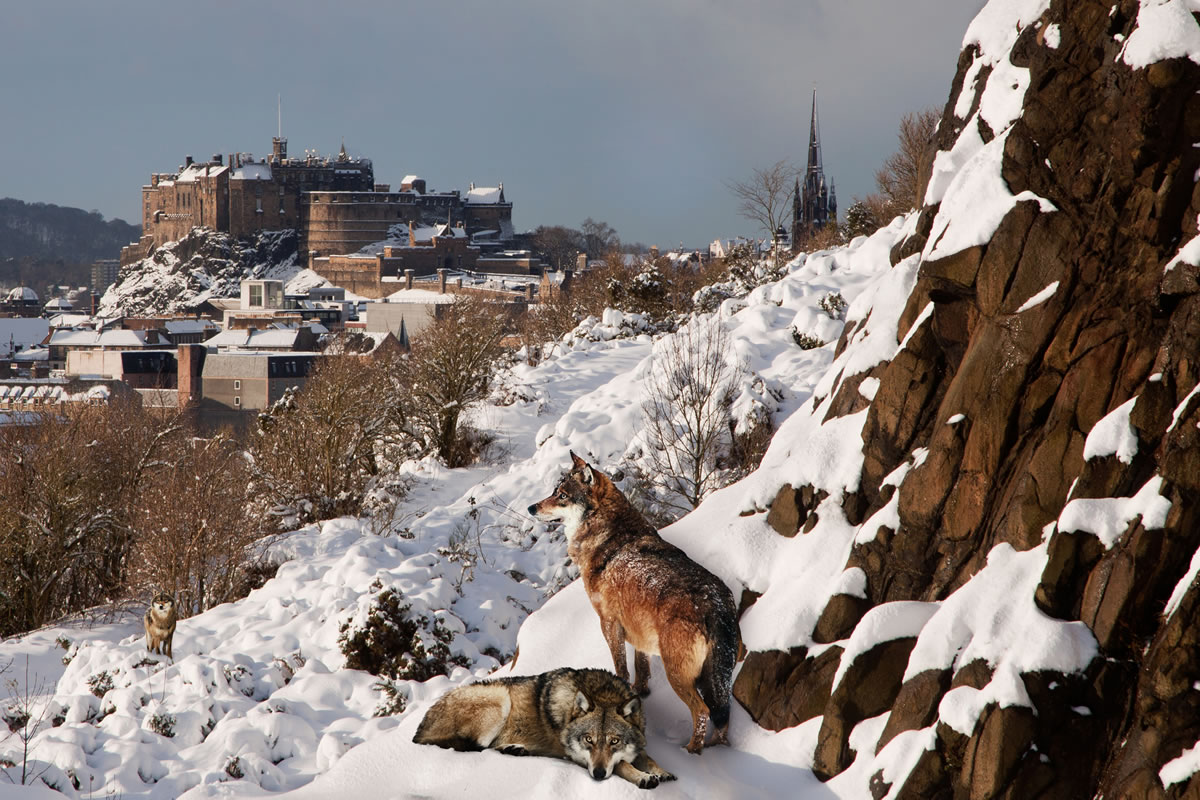 Records indicate that the last wolf in Scotland was killed in 1680 by Sir Ewen Cameron in Killiecrankie, Perthshire. Other but there are reports that wolves survived in Scotland up until the 18th century, and a tale even exists of one being seen as late as 1888.

The possibility of reintroducing wolves to Scotland was first proposed in the 1960s. In recent year, the idea has gained momentum and wider publicity following the hugely successful reintroduction of the grey wolf to Yellowstone National Park in 1995.

However, at present, Scottish Natural Heritage have no plans to consider reintroduction of wolves.

Their position will not change unless they can be persuaded that the reintroduction of wolves to Scotland would be welcomed by the majority of land owners and the public. This is not impossible, as Lynx UK Trust have shown with their campaign to reintroduce the lynx.

One excellent source of information is www.WolvesandHumans.org – a charity that presents facts about wolves obtained from people who have worked and lived alongside wolves for over twenty years. It is hoped that their experience in other countries where wolves and humans co-exist can help resolve the problems of livestock predation and conflict, human development and the management of wolf populations.

One man at the forefront of reintroducing wolves to Scotland is Paul Lister, the owner of the Alladale Estate in Sutherland.

In 2007, Lister announced his intention to fence much of the estate and reintroduce two wolf packs.

“It’s carnivores that are needed to manage deer numbers,” says Lister. “Trees aren’t out of control in Scotland. Deer are.”

Whilst Highland Titles are wholly supportive of this idea, other organisations, such as The Ramblers, oppose his plans as the fences may restrict their ability to roam wherever they please.

Helen Todd of The Ramblers said of Lister:

“He wants to keep everybody out of the fence unless they pay money to go and see them,” says Todd. “That’s not really what we have in mind when we think of reintroduction.”

Lister refuted the claim. “My problem is I want to put some wildness back into a small area of the Scottish Highlands, and I want to get on with it. I think nature and wildlife take precedence. We’ve done enough to the landscape over the last millennia to want to be able to put something back.”

Your own little piece of Scotland*
from just £40.00