One of the greatest benefits of buying a souvenir plot of land from Highland Titles, aside from the ability to style yourself as a Laird, Lord or Lady and help conserve large areas of the Scottish Highlands, is that you are physically able to locate and visit your plot. Of course the very definition of a souvenir plot – one that allows you to evade the expense of registration – means that the government does not generally expect you to find it and use it. A souvenir plot is defined in the Land Registration (Scotland) Act 2012 as “a piece of land which, being of inconsiderable size and no practical utility, is unlikely to be wanted in isolation except for the sake of mere ownership or for sentimental reasons or commemorative purposes”. Still, the urge to find their plot, plant a tree or a flag, build a cairn, or just have their photo taken on it is overwhelming for most Lairds.

We provide this very special opportunity to our Lords and Ladies by providing the precise Ordnance Survey (OS) coordinates of your land in each welcome gift pack. This allows our community, if they are so inclined, to travel to Scotland and locate their square foot (or feet) of land and enjoy the landowners’ benefits to the full extent. The Ordnance Survey is not the same as standard GPS, which is what we hope to explain. By using both systems, you will be able to find your plot but understanding their differences will be beneficial in your search.

About the Ordnance Survey 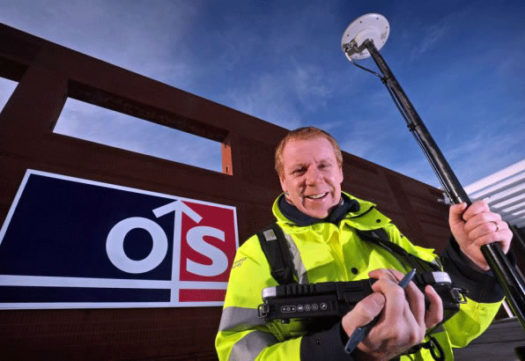 For this reason we provide the precise location only as an Ordnance Survey location and only an estimate of the latitude and longitude of your plot to help you locate it with GPS.

Over the years the accuracy of the Ordnance Survey has been questioned in relation to finding coordinates especially of a piece of land as small as a souvenir plot. The OS launched a £5m Positional Accuracy Improvement (PAI) programme in order to enhance the efficiency in more specific land searches. While, the results are not 100%, they were able to confirm that 99% of points should be in error by no more than ± 2.40 m.

According to the OS, “Exact formulae only apply in the realm of perfect geometry – not in the real world of coordinated points on the ground.”  They go on to explain that the observations and the underlying assumptions of each system are at best approximate.  This means that when the accuracy required is low (between 5m and 10m) it is fairly easy to convert one system to another.  However, if a higher level of accuracy is required (as in the case of locating a 1sq ft plot), the calculations become considerably more complex.

What this means for the GPS wielding civilian

There are many factors that can adversely affect GPS positional accuracy. These include satellite orbital errors, atmospheric distortions, signal multipath, number of satellites visible, satellite shading and clock errors in the receiver (to have a clock of equal accuracy to that in the satellite and the would make the cost of GPS receivers astronomical!).

In the end, the co-ordinates provided are the most accurate estimate of the land. By inputting the estimated GPS coordinates that are provided based on the OS location, we do feel confident that you will have no worry in finding your plot.