Clan Campbell, politically (and in every other way), was the most successful clan in Scottish history. With that, it has not survived the turning of time’s wheel without a share of its own dark days and disasters. The Campbells of Argyll represent one of the most successful arms of the Clan. However, even they struck hard times due to political and religious regime change. As with all the clans of Scotland, it was often the chosen allegiance to Kings and their religious leanings that made or broke its fortune, as we shall see.

The Campbell name, it is said, was derived from the Gaelic for ‘wry mouth’ or even ‘crooked mouth’. This may be due to an ancestor having a physical abnormality. Before this nickname stuck, Clan Campbell was known as Clan Dairmid.

The Campbell name rose to prominence towards the end of the 1200s, when Cailean Mór Caimbeul, famous warrior, was active. Cailean Mór was allegedly a cousin of Robert the Bruce and took part in The Great Cause, a scuffle for the throne of Scotland between the Bruce and John Balliol which had the unfortunate consequence of providing leverage for Edward I of England (the Hammer of the Scots) to assume over lordship of Scotland. This turn of events led to the Scottish Wars of Independence as Robert the Bruce fought to win back his crown.

The legendary and edifying history of Cailean Mór has resulted in each successive chief of the Campbell Clan taking this name and styling himself MacCailean Mór, (to mean ‘a son of’ Cailean Mór). This famous Scottish warrior was knighted by Robert The Bruce in 1280 and his son, Neil, was given lands in Loch Awe, and Argyll. This is also where the Campbells established their power base for the next seven hundred years. 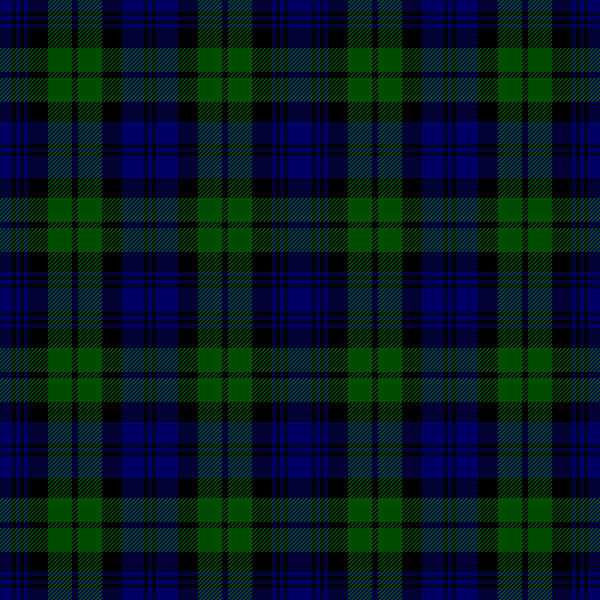 The Clan Campbell tartan is also known as the “Black Watch Tartan”, named after a British army regiment that was formed largely of Campbell soldiers loyal to the Crown. After a 1746 act of proscription against the wearing of Scottish tartan, the Black Watch tartan was the only allowed exception.

The Campbell Family Crest was a symbol of allegiance, used by clan members to show allegiance to their clan chief. The Clan Campbell’s crest features a boar’s head in the centre of the strap and buckle, framed by the Campbell clan motto Ne Obliviscaris, latin for Forget Not.

Why is the Campbell Clan Hated?

It is said that Britons love an underdog but despise too much success. Nothing invokes quite so much ire in certain parts of the highlands as this most successful Highland clan. Even though many, if not all, the clans have indulged in their share of criminal behaviour: blood-letting, stealing, feuding with neighbours, it is the particular success of Clan Campbell which invokes most hatred.

Clan Campbell’s royal connections, along with their fierce loyalty to Robert the Bruce (they fought at the Battle of Bannockburn and beyond) gave them in return many gifts of land and fortunate marriages from grateful Scottish Kings.

But their success was won not only in the precarious game of feudal loyalty. It was in the tradition of the Campbell men to study the law, and many became powerful lawyers. This gave them an intellectual advantage, and much land was beguiled from other clans through legal loophole and cunningly crafted contractual smallprint. Perhaps this is really where the name ‘Crooked mouth’ came from!

Throughout the 14th century, Clan Campbell amassed a great deal of land from their neighbours, which they leased back to them for comfortable sums. This made the Campbells very rich and much resented. They were a clan with great ambition. You could find the Clan Campbell lands in the Argyll district. The Inveraray Castle in Argyll is still the current seat of the Chief of Clan Campbell, the Duke of Argyll. 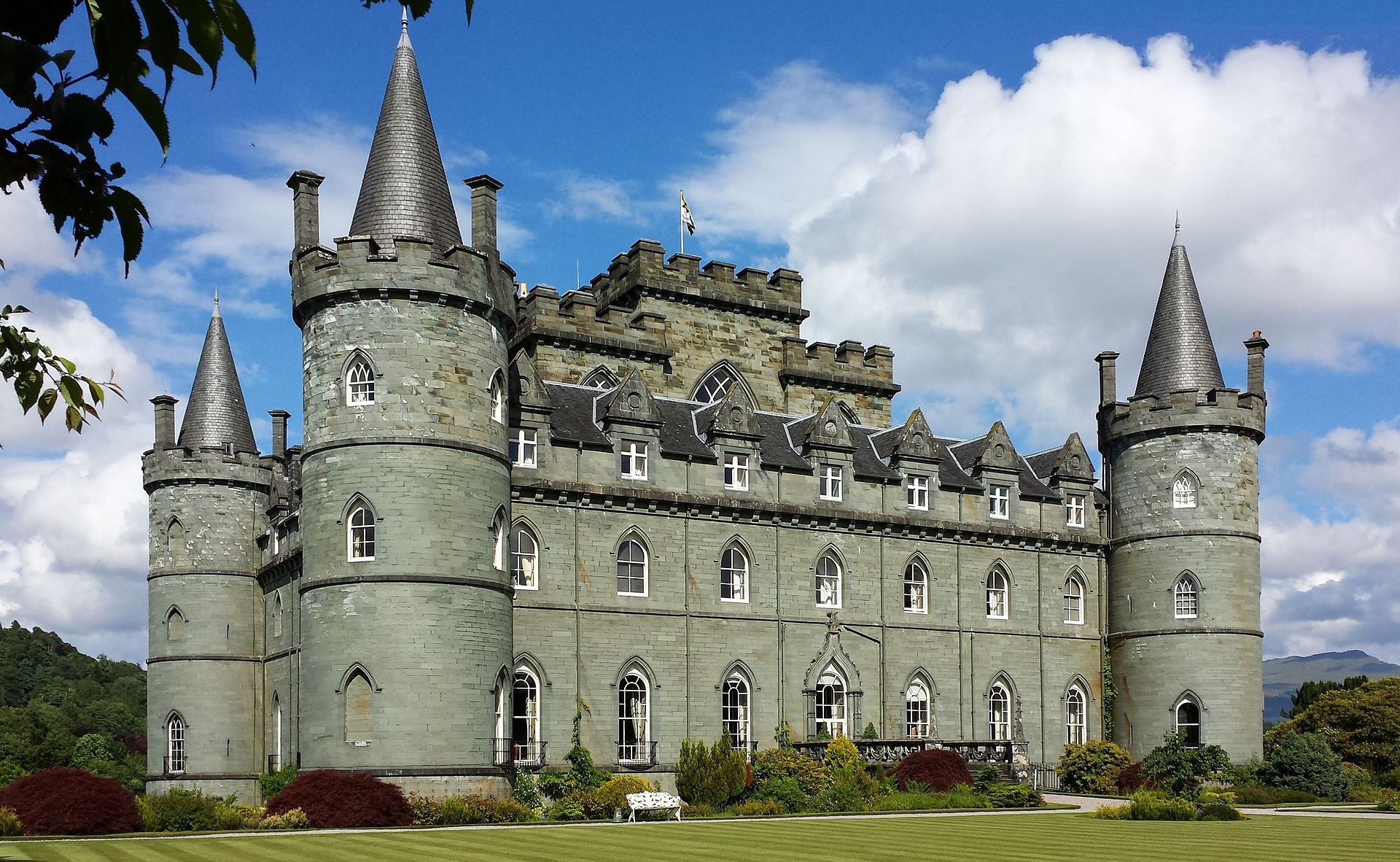 Inveraray Castle on the edge of Loch Fyne, home to the Duke of Argyll since the 17th century. Photo by DeFacto / CC BY-SA 4.0

One of the Scottish clans who hated Campbell’s turn of fortune most was Clan Donald. They are now better known as MacDonald. In the thicker mists of history Clan Donald had been the most powerful clan in the Western Highlands. Descended from Viking kings and known as the “Lords of the Isles”, they commanded the Hebrides and much of the West coast of Scotland. But after 1493, when King James IV forfeited MacDonald lands, their fortunes declined rapidly just as those of Clan Campbell, with royal blessing, were steadily rising (The first Earldom of Argyll had been created in 1457). This must have been more than irksome, because it has led to one of the longest and most famous tribal feuds in world history.

Where it began (as Neil Diamond sings) we can’t begin to know it. But we do know some of the bloodier episodes, and they began long before the Massacre at Glencoe. Clan rivalries fulminated in the 16th century, but the 17th century was a particularly bloody period for the Campbells and the MacDonalds.

Under the auspices of the English Civil War, which spread into Scotland, clan feuding could dress itself in the livery of state sanctioned violence, but the struggle between Covenanters (roundheads) and Royalists (cavaliers) wasn’t the only motivation for the clans of Scotland. Upset over losing their land, the MacDonalds, along with other neighbouring clans, made an agreement to bring down the Campbells. At the time the Campbell chief, Archibald Campbell, 1st Marquess of Argyll was, believe it or not, NOT a royalist! He was committed to the roundhead cause.

The MacDonalds sided with the Royalists, along with other anti-Campbell Clans. Together they fought under James Graham, Marquess of Montrose. But be under no illusions, it wasn’t the Royalist cause so much as Campbell blood the highland troops were after. 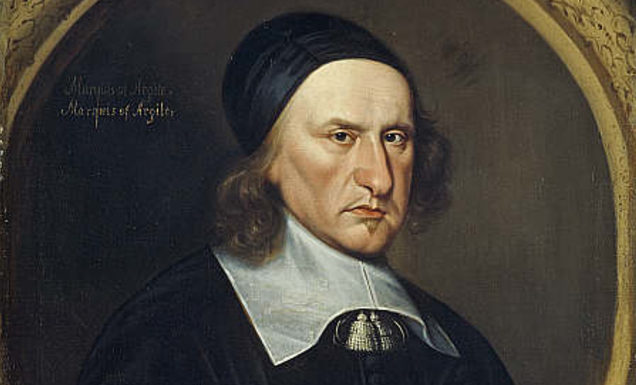 Alasdair MacColla, a MacDonald soldier from Ireland, with his force of 2000 soldiers made up of MacDonalds, MacLeans and Camerons, took every opportunity to pillage Campbell land. This culminated, on 14th January 1645, in the massacre of Inverary, a Campbell stronghold. After a failed siege on Inverary Castle the whole town was put to the sword.

Archibald Campbell was horrified. He immediately set about pursuing the MacColla forces, who by this time were marching north with the rest of Montrose’s army. Unfortunately, MacColla heard of this pursuit and bade the army make a U-turn. They surprised the Campbells in an ambush at Inverlochy in the dawn of 2nd February. The ambush turned into another massacre. Of the 3000-strong Campbell army, about 1200 lay dead including many of the officer class, while only 20 were lost to MacColla’s side. Archibald Campbell witnessed the defeat in despair from his galley on Loch Linnhe, where he had retired with a dislocated shoulder.

As Archibald Campbell skulked away in his ship, his retreating men were not spared. MacColla’s bloodthirsty troops pursued them along the route now known as the West Highland Way, overtook them and slaughtered every one. Their aim: to leave not one Campbell standing. Bodies piled up along the path as they went. The slaughter continued for hours, until finally, exhausted by all the bloodletting the MacDonalds gave up the chase, and a few limping Campbells were free to go on their way.

The Stone of the Campbells (Clach nan Caimbeulach) 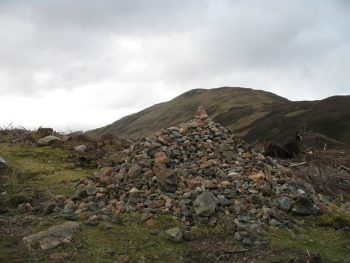 This Cairn has replaced an original stone that marked the point at which the MacDonalds stopped pursuing the retreating Campbells. Travellers show their allegiance by adding a stone – if theirs lies with MacDonald – or taking one away – if it lies with Clan Campbell.

This Royalist-Covenanter war, though it was about Charles I in England, became in Scotland another excuse for blood feuds and clan rivalry.

As we all know, Cromwell’s idea of ‘Republic of Britain’ was so far ahead of its time. It soon collapsed under the weight of its own improbability and the fortunes of Archibald Campbell collapsed with it. His lands and titles were forfeited and his head skewered on a spike above the Tollbooth in Edinburgh during the Restoration of Charles II. His body (and, after an indecent interval, his head) was interred in St Giles Cathedral. 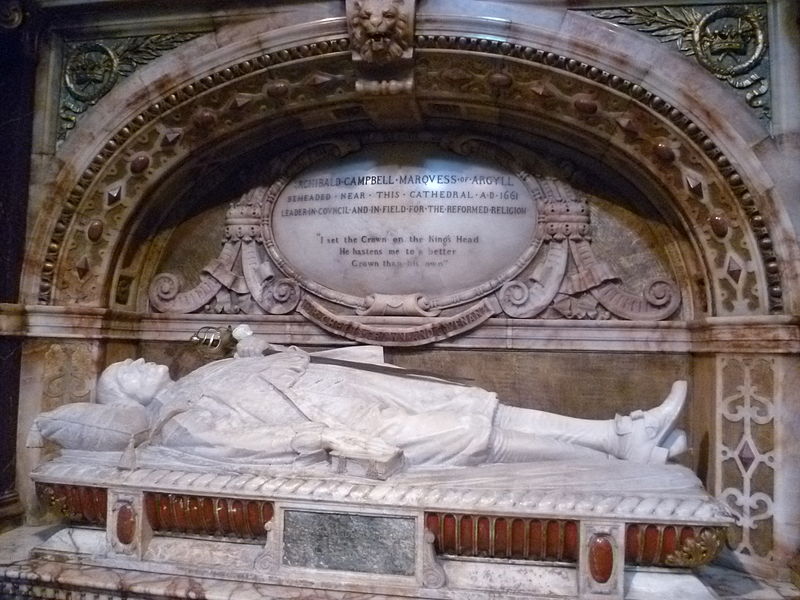 After Archibald Campbell’s adventure with republicanism, his descendants became staunch supporters of the Protestant monarchy and the Union of Great Britain. Cailean Mór may be turning in his grave: he who gave his life for Scottish independence. Nevertheless, that loyalty to the British Crown has ensured the clan’s survival. Further, the marquessate of Argyll has since been promoted to a dukedom. Today’s Campbell Chief, Torquhill Campbell, the 13th Duke of Argyll, enjoys excessive land ownership and a seat in the Lords. He holds the hereditary position of Master of the Royal Household of Scotland. This title is held by all Argyll heirs since it was bestowed by James IV. As there is no royal household of Scotland any more, we are not sure what this job entails.

Campbells of Argyll and Auchinbreck

Despite the Campbells of Argyll were forgiven and regained their lands after the civil war, other Campbell fortunes were not saved. Consider the Campbells of Auchinbreck. They had been a great military support to the Argyll Campbells. Yet, their Chief had commanded under Archibald Campbell during the massacre at Inverlochy and was executed by the Marquess of Montrose.

The next chief of the Campbells of Auchinbreck had to surrender at the end of the failed Monmouth Rebellion of 1685 against the popish James II (VII of Scotland) and was executed. Three years later William of Orange succeeded in overthrowing the king. By that time, the family had converted to the Catholic faith and now supported the Jacobite cause. Although, this was just in time to lose in both the 1715 and the 1745 Jacobite rebellions. Thus, they forfeited all their lands. Allegiance is a tricky business!

The Campbells Are Coming

Above all, Campbells mustn’t be downhearted, for they have their own rousing anthem: ‘The Campbells are Coming’! It was composed around 1715 by a Scottish piper, and adopted by Argyll’s Highlanders when they defeated the Jacobites. As they marched triumphant into Perth and Dundee in 1715, the army was led by pipers playing the tune below. Electric Scotland website has the choral version with lyrics. You can listen to it here.

The Campbell name can still be hard to bear. We are indebted to one of our community, Sandra Zaninovich, for her comment on our post about the Glencoe Massacre. It tells a sober tale:

“I work at a clothing store in LA, CA, where about a year ago a lady came in with a Scots accent. When she went to pay, her credit card had the Campbell surname. I asked if she was a genuine Campbell from Scotland. She replied that she was. I then half-jokingly said to her that she must not be a big fan of the MacDonalds then. At that her face darkened and she said that she’d grown up very near the “incident,” as she termed it. She added that the people there had “made her life hell,” and that she hadn’t been able to wait until the moment that she could leave and never go back.”

So ill-feeling towards Clan Campbell continues even now… Will it ever go away? 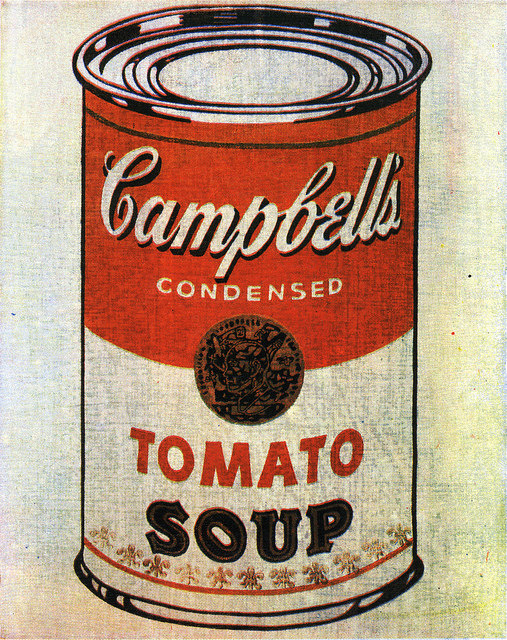 In 1869, Joseph A Campbell, a fruit seller from New Jersey founded a brand new canning company, along side Abraham Anderson, an icebox manufacturer from South Jersey.

As of June 2019, there are over 3770 plots in the Highland Titles Land Register under the Campbell name.