The Clan Gordon tale is one of conflicting sides and bloody feuds with neighbouring clans, which spans the length of Scotland and beyond. The feisty House of Gordon had fire in the belly and weren’t afraid to stand up for what they believed was right.

The Gordon Name: Origin and Survival

The Gordon name is not Gaelic in origin, but is instead said to originate from Normandy. Many attribute the name Gordon to the Macedonian city of Gordonia. Due to its foreign origins, Clan Gordon is often also referred to as the House of Gordon.

The first Gordons were welcomed to Scotland by King David I, and by the start of the 12th century they had set up home near Kelso in the Scottish Borders, under the watchful eye of the nearby Earl of Dunbar. In the centuries that followed, Clan Gordon would rise to become a powerful name further north, in the Aberdeenshire area of the Scottish Highlands.

During the Wars of Scottish Independence, Clan Gordon originally backed William Wallace but subsequently switched sides to become staunch supporters of Robert the Bruce and his bid to free Scotland from English rule. Sir Adam of Gordon’s dedication to Bruce’s cause earned Clan Gordon land at Strathbogie in Aberdeenshire, including Huntly Castle which would become the clan’s ancestral home.

The clan chief is the Earl of Huntly and, as of April 1599, also the Marquess of Huntly. Legend has it all Gordons are descended from Sir Adam Gordon, but many argue that not all 150 houses which claimed the name Gordon were descended directly from the original Earl of Huntly himself. 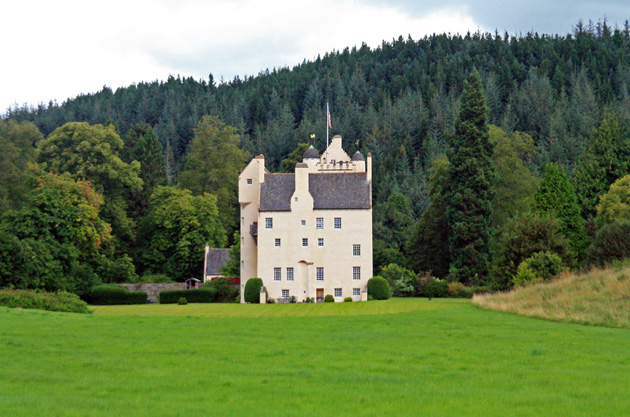 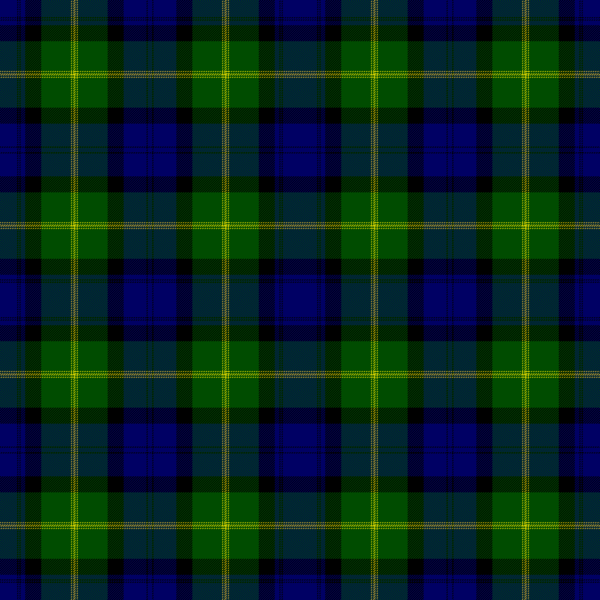 The clan’s crest was a symbol of allegiance, used by clan members to show allegiance to their clan chief.

The Clan Gordon family crest features a majestic stag’s head and the crest incorporates two mottos: bydand which has several interpretations, including ‘stay and fight’ or resilience, and animo non astutia which means ‘by courage, not cunning’.

During the late 13th and early 14th century, Clan Gordon was heavily involved in the Wars of Scottish Independence, fighting alongside Robert the Bruce. The clan suffered losses during the bitter feuding, including the death of clan leader Sir Adam Gordon at the Battle of Halidon Hill in 1333 and the death of chief Sir John Gordon at the Battle of Otterburn in 1388. The chief’s only child, Elizabeth Gordon married Alexander Seton, chief of Clan Seton, but the Clan Gordon name lived on when their son reverted back to Gordon in 1457.

As well as fighting the English, Clan Gordon was embroiled in bitter clan feuds, particularly with Clan Lindsay and Clan Douglas.

Clan Douglas battled the Gordons for power and devastated the clan’s lands, including setting Huntly Castle ablaze. However, Clan Gordon eventually overcame Clan Douglas in 1454, and the clan chief Alexander Gordon became known as Cock o’ the North – a moniker which would be passed down to other Clan Gordon chiefs over the centuries to follow. 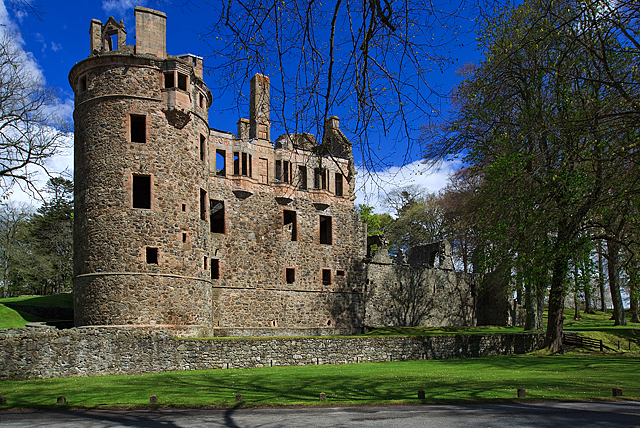 During the 16th century, Clan Gordon waged a long and bitter battle with Clan Forbes, which was fuelled by the murder of Seton of Meldrum (a close connection to the Earl of Huntly) and the Protestant Reformation. Battles and massacres ensued until the Parliament stepped in, forcing the clans to thrown down their arms.

When George Gordon, 4th Earl of Huntly, mistakenly refused Mary Queen of Scots admittance to Inverness Castle, he fell foul of the powerful monarch. A raging battle of 2,000 men ensued and the Earl lost the fight and died from apoplexy shortly afterwards. In a bizarre twist, six months after his demise, George Gordon’s body which had been gutted, salted and pickled was made to stand trial before the Scottish Parliament on a charge of high treason.

During the Civil War at the Battle of Aberdeen, Clan Gordon were split down the middle, with members of the clan fighting on opposing sides. One side was led by Lord Lewis Gordon who fought for the Covenanters, while the other was led by Sir Nathaniel Gordon fighting for the Royalists.

The split loyalties of the clan would continue into the 18th century and the Jacobite risings of both 1715 and 1745, when members of Clan Gordon fought on opposing sides at the Battles of Inverurie, Falkirk and Culloden. 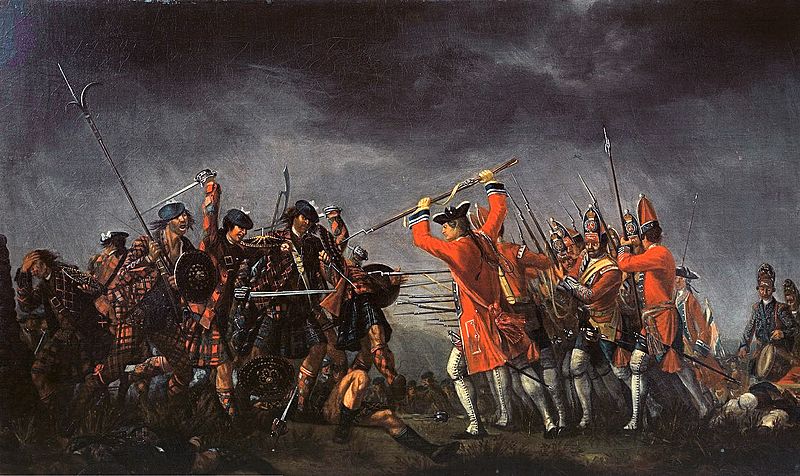 Clan Gordon has connections to both the Scottish Borders and Aberdeenshire, with many of their 149 castle sites sprinkled across the northeast of Scotland.

The original Gordon Castle is said to have stood in the village of Gordon, in the Scottish Borders, although today there is no trace of the first stronghold. Today, the 15th century Gordon Castle sits east of Elgin in Moray and is a popular tourist destination with contemporary interior design and a delightful walled garden.

The Baronial Fyvie Castle is another Clan Gordon house, and has played hosts to some rather famous guests over the centuries, including Robert the Bruce and Charles I.

Balmoral Castle was sold to the 3rd Earl of Huntly in the 15th century, and today the grand estate is best known as a private royal residence.

Huntly Castle lies north of the city of Aberdeen, and you can still visit the ruins today. Down south in Galloway, you’ll find Clan Gordon’s derelict Kenmure Castle which was used as a hotel up until the 1950s. 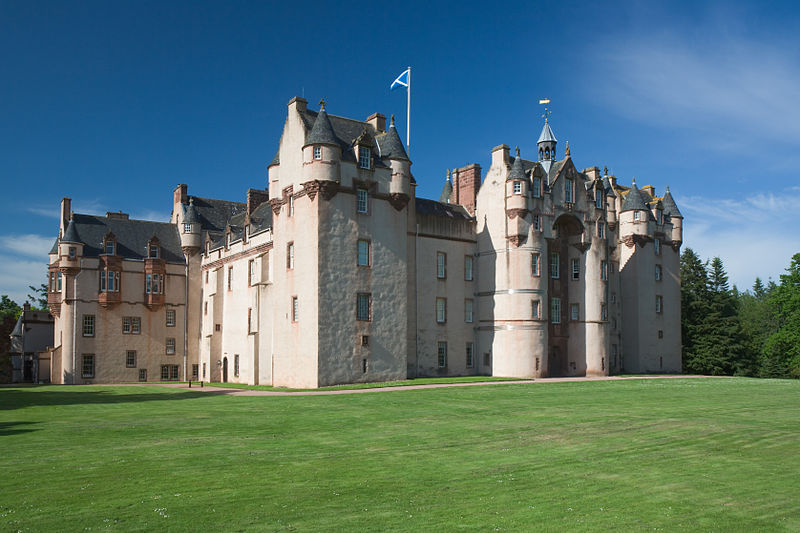 Today there are descendants of Clan Gordon dotted across the globe. Many members of Clan Gordon return to Scotland to visit the beautiful lands and castles that were once their family home.

Perhaps the most famous descendant from the House of Gordon, is not immediately recognisable as a Gordon himself. The 19th century wordsmith Lord Byron was in fact named George Gordon Byron, and his grandfather was George Gordon of Gight Castle. The seminal poet penned famous works including Don Juan, She Walks in Beauty and Manfred during the Romantic Movement. It has been said Bryon led a notorious life and was described by his peers as ‘mad, bad and dangerous to know’.

As of June 2019, there are over 3230 plots in the Highland Titles Land Register under the Gordon name.