How to become a Lord, Laird or Lady - Highland Titles
Become a Lord or a Lady Now

If you’ve ever wondered how to become a Lord or Lady in the UK and were not born with the birthright, unfortunately, it’s not as easy as they make out in the movies!

The term “Laird” tends to be reserved for the owner of an estate in Scotland, occasionally referred by the owner themselves, or most likely by those employed by the estate.

The term is used as a description as opposed to a legal title. “Laird”, a Scottish term, is a title reserved for those who own larger estates or pieces of land in Scotland and can be interchangeable in a traditional sense with Lord.

Though, in modern times, a Lordship and the term “Lord is associated with nobility and peerage, of which the word Laird is not.

How do you become a lord or lady?

As you can see, there are a few difficult ways to get the title of Lord or Lady in the United Kingdom – some of which will allow you to be recognised in the House of Lords, some of which will cost a considerable amount of money, but all of which are not easily achieved by just anyone. 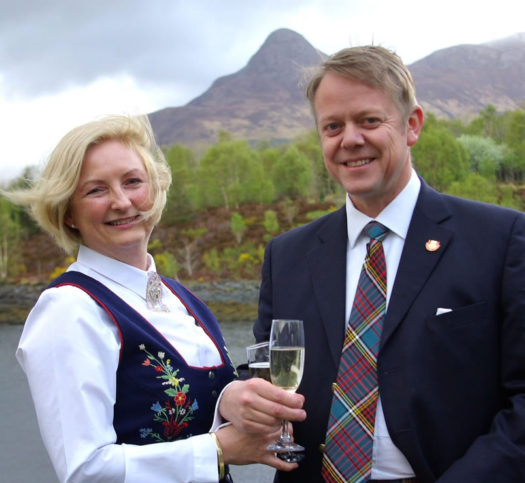 The souvenir plots of land offered by Highland Titles are offered as a way for people around the world to feel an attachment to Scotland and become closer to it. As the plots remain registered to Highland Titles, you are not officially a landowner but will receive a gift pack, you may also purchase a Master Deed Poll if you would like to pursue a name change.

Not all jurisdictions allow for this, however, many of our community choose to refer to themselves in a fun manner within friends and family as opposed to legally having the name changed.

We offer this service as a fun, novelty way for people the world over to feel a bit more in touch with their Scottish roots. Additionally each purchase of a souvenir plot aids in the conservation efforts of the company to restore areas in Glencoe Wood and Lochaber to their once lush existence. Ridding the areas of non-native species and re-planting and rewilding the areas with vegetation and animal species that once called these locations home.

Becoming a Laird, Lord or Lady of Glencoe* couldn’t be simpler!

While Highland Titles sell souvenir plots of land and allow our purchasers to style themselves as Lairds, Lords and Ladies in the eyes of the Highland Titles community, under Scottish Law, they are not legally viewed as such.

A souvenir plot is not recognised under the Court of Lord Lyon, the legal ruling of Heraldry and titles in Scotland, as the land is not registered to each individual person. The land remains registered to the Highland Titles Charitable Trust. The titles “Laird, Lord or Lady of Glencoe and Lochaber” are trademarked titles under Highland Titles which allow us to use them within our community of followers around the world.

A Lordship with Highland Titles

Highland Titles was founded in 2006 by Dr. Peter Bevis, a Fellow of the Zoological Society of London, and his daughter, Laura. They started by selling plots from the family’s land in order to fund additional tree planting. The mission was simply to restore land that had been devastated by centuries of farming and unsympathetic commercial forestry.

The idea proved popular and the company was soon able to purchase a larger piece of land and expand the scope of the project. Highland Titles now own and operate two nature reserves in the beautiful highlands of Scotland and thank our thousands of supporters for making this possible.

EXPLORE THE RESERVES   BUY A PLOT