Who doesn’t love hedgehogs? Everyone is won over by that snuffly little nose and beady eyes. However, a recent report indicated that the rural population has halved over the last fifteen years.

Are Hedgehogs Rare in Scotland?

Hedgehogs are holding on in urban settings, but are disappearing more rapidly than ever in the countryside, as hedgerows and field margins are lost to intensive farming.

The decline appears to be even worse in Scotland than south of the border. 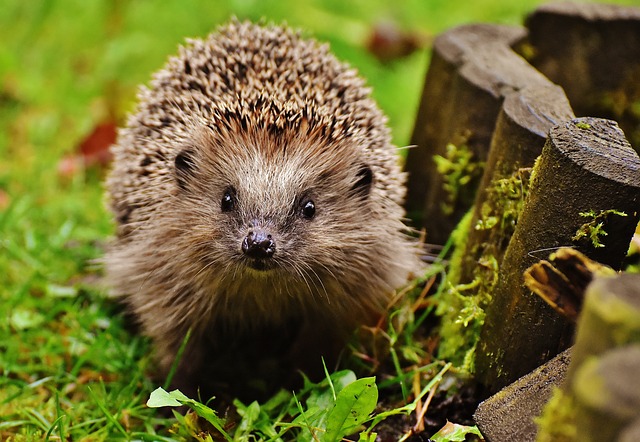 The loss of hedges and woodland across Britain in the drive to create larger fields has resulted in fewer nesting sites and less space for hedgehogs. The large-scale use of pesticides has reduced the amount of food for them to eat. Hedgehogs are generalists, but rely mainly on invertebrates such as beetles in the countryside.

Rough estimates put the hedgehog population in England, Wales and Scotland at about one million, compared with 30 million in the 1950s.

Highland Titles wondered how to help and was moved by the South Uist hedgehog cull – a sad story with a happy ending.

The story began in the 1970s, when some hedgehogs were released into a garden on the Scottish island of South Uist, presumably to reduce the number of garden pests. Before that time, South Uist had no native hedgehogs.

The hedgehogs soon multiplied and spread, lacking competition, natural predators, pesticides or busy roads. Every spring, the sandy soils along the western beaches of these islands are covered with a carpet of grasses and wildflowers.

This “machair” is a valuable breeding site for globally important bird populations, including dunlin, ringed plover, redshank and oystercatcher. The hedgehogs were soon implicated in a massive decline in populations of these birds through predation on their eggs and chicks. 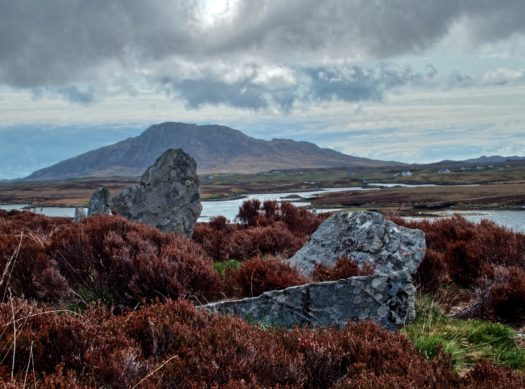 So fifteen years ago, the Uist Wader Project was formed as a coalition between Scottish Natural Heritage, RSPB Scotland and the Scottish Government, to undertake a cull of the hedgehogs, in order to save the nesting waders.

The project created a division among conservationists, with many groups angry that the much-loved hedgehog, was being killed at the same time as it was under threat on mainland Britain. So in the same year, as the cull began, a coalition of animal welfare organisations and charities formed Uist Hedgehog Rescue (UHR).

UHR agreed that the hedgehogs were an exotic import to the islands and were causing problems to the local ground-nesting birds. However, they offered an alternative solution. They proposed to trap the hedgehogs and relocate them to the mainland, to help boost the declining Scottish population.

During the next three years, they relocated more than 700 hedgehogs, and most importantly, they showed that relocation of the hedgehogs was both feasible and effective. A study using radio-tracking was undertaken by Hugh Warwick, an ecologist and journalist. He demonstrated that most animals survived the process, and so a few weeks later, in early 2007, the cull was stopped.

Instead of killing the animals, Scottish Natural Heritage began to fund the translocation project run by UHR instead. Almost £2.7m has been spent on removing 2441 hedgehogs from the area over the last 13 years – at a cost of £1097-a-hedgehog. Several million pounds will be required to finish the task of removing at least 4000 more hedgehogs. 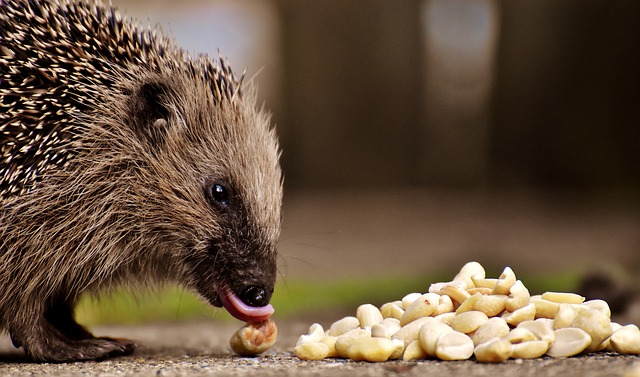 If you want to help hedgehogs thrive in Scotland, there are plenty of things you can do to help.

Hedgehogs love hedges. I guess the clue is in the name! Not only do they provide shelter, they attract other insects that the hedgehogs love to feed on. Native is best, of course. Try hawthorn.

Piles of Twigs and Leaves

If you can, then create a large pile of twigs and leaves in a safe, sheltered corner of your garden which is sheltered from the rain. This will attract hedgehogs, worms and beetles.

Particularly in the summer, hedgehogs will thank you for leaving out a dish of water. Don’t leave out milk or bread, which can be dangerous for hedgehogs.

Cut A Hole In Your Fence

This may sound a bit strange, but hedgehogs will struggle to access all the pleasantries left behind in your garden if you don’t have a hole in your fence. Just a small hole in the bottom of one plank of wood will make the difference.

Slug pellets are lethal to hedgehogs. But hedgehogs rarely eat slugs and snails, and then only when other food is not available.  Slugs and snails are the primary carriers for the lungworm which is the biggest killer of hedgehogs (except for humans, our cars and our careless behaviour).

Highland Titles have now created the largest hedgehog sanctuary in Scotland, with a view to offering a safe home to hedgehogs permanently disabled and, therefore, unsuitable for release. 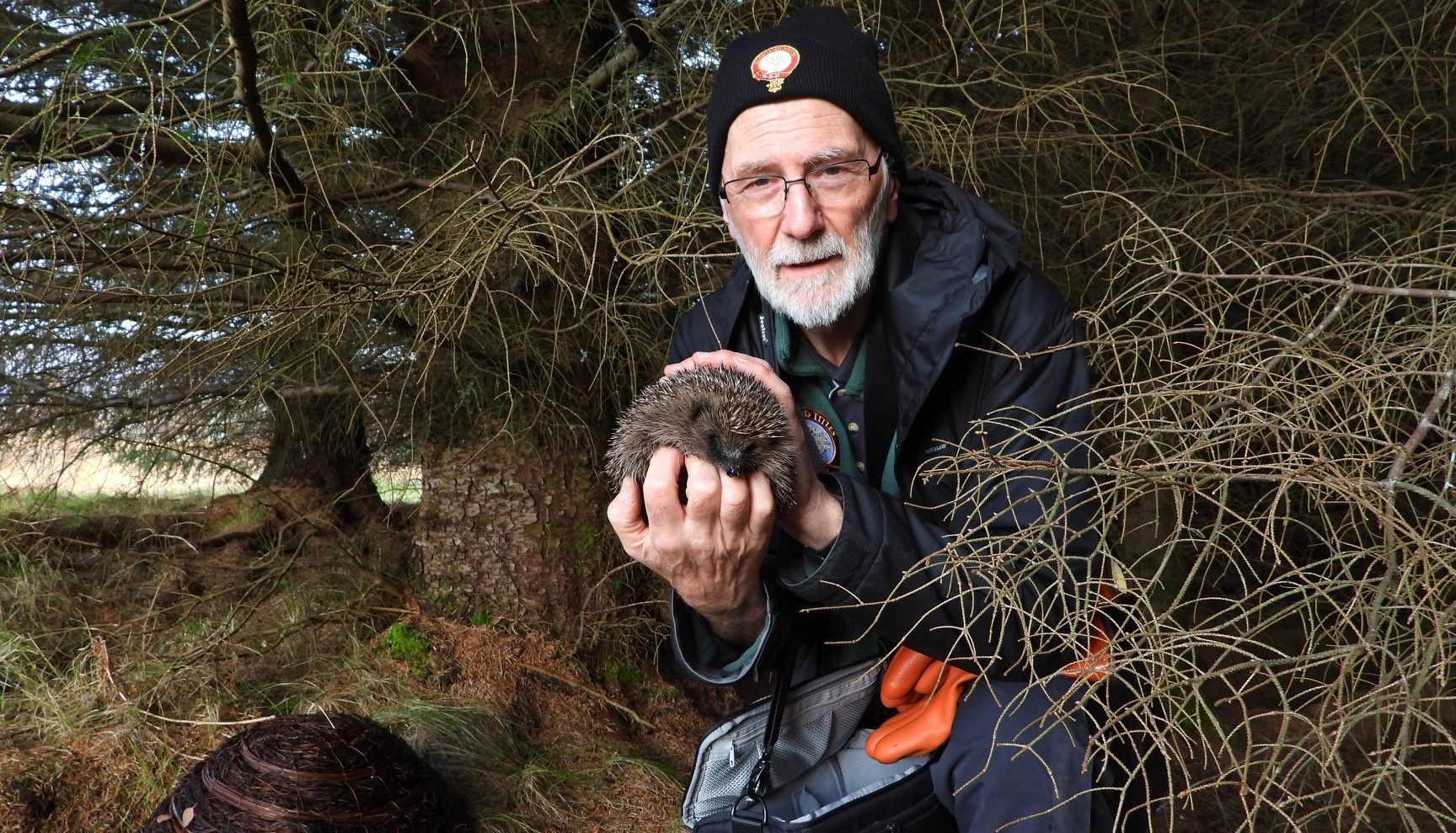 Stewart, the Reserve Warden, holding a hedgehog in the Sanctuary

While the main purpose of our Hedgehog Sanctuary is to be a forever home for hedgehogs not suitable for release, we are also determined to help out any injured hedgehogs that can (and should) go back into the wild. In those cases, the hedgehogs get rehabilitated in our Sanctuary, and once they reach a healthy weight, they are released back to the wild.

So along with the Forever Home, we also have a Hedgehog Hospital and ancillary facilities. This means that instead of relying on external rescue centres, we are able to do the whole rescue and rewilding process ourselves, hopefully boosting the local hedgehog population. 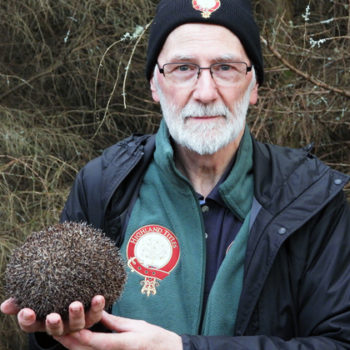 Want to help support our Hedgehog Sanctuary? For just £25 per year, you can adopt a hedgehog – helping Highland Titles rescue injured or sick hedgehogs and giving them a Forever Home.