Nestled high above Dollar Glen in Clackmannanshire, the medieval Castle Campbell rises dramatically against a backdrop of the green Ochil Hills. Once called the Castle of Glooms (derived from the Scottish Gaelic word glom meaning chasm) Castle Campbell was the Lowland stronghold of the formidable Clan Campbell.

The castle has historical connections to both Mary, Queen of Scots and John Knox, the leader of Scotland’s Reformation and founder of the Presbyterian Church of Scotland.

Today, Castle Campbell welcomes visitors from across the globe, and is even a popular wedding venue.

A Brief History of Castle Campbell

The naturally defended position of the original tower, with narrow gorges to either side, made the site the ideal spot for John Stewart, Lord Lorne, in 1430. When Lord Lorne’s daughter Isabel Stewart was married to Colin Campbell the 1st Earl of Argyll, the then Castle Gloom became Campbell property. This was despite Lord Lorne’s son Walter Stewart making a fierce attempt to take the castle back.

The acquisition of Castle Gloom helped the Campbell family position themselves as an important presence in central Scotland. Colin Campbell became the Master of the Household to King James III, and in 1490 with the blessing of the parliament, he successfully changed the castle name to Castle Campbell.

In the decades that would follow, Castle Campbell expanded with the addition of the east range and large south range. This added a hall, bedchamber and outer chamber to the building, as well as private lodgings for guests.

During the 16th century, Archibald Campbell, the 4th Earl of Argyll, supported John Knox and his mission of religious Reformation. Knox visited Castle Campbell in 1556, and led a sermon there. 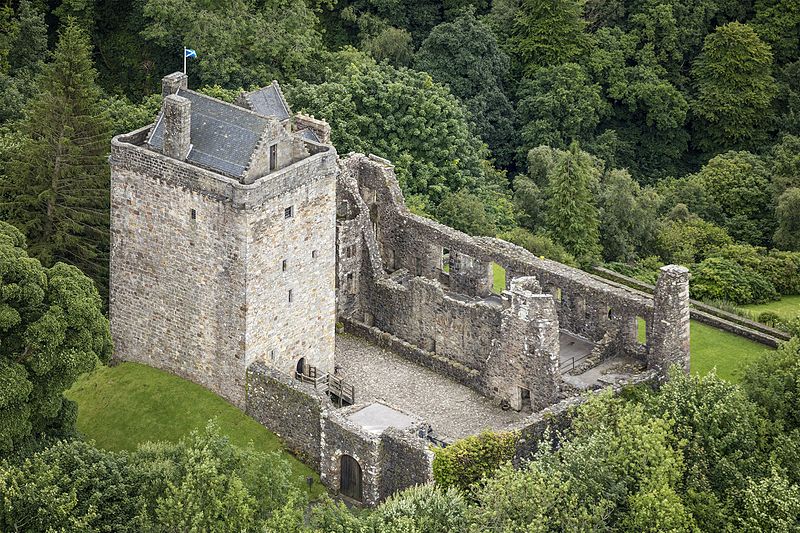 In 1563, Mary, Queen of Scots stayed at Castle Campbell when her sister Margaret married the 5th Earl of Argyll. However, two years later the household would turn against Mary, in rebellion with other Protestant lords. But the Chaseabout Raid of 1565 saw Castle Campbell surrender to Queen Mary.

Later, during more peaceful times, the 7th Earl of Argyll took to work renovating the castle once more. He added the loggia walkway, which you can enjoy today, plus galleries and new stairs to the north and south.

But conflict came to Castle Campbell once again in the mid 17th century, when the 8th Earl of Argyll led the Presbyterian Covenanters in opposition to the Royalists. In 1645, Royalist troops including Clan Campbell’s long-standing foes the MacLeans, attacked the nearby towns of Dollar and Muckhart. While the castle stood undamaged, the Earl of Argyll ordered the Royalist seats Menstrie Castle and Airthrie Castle both be destroyed in retaliation. 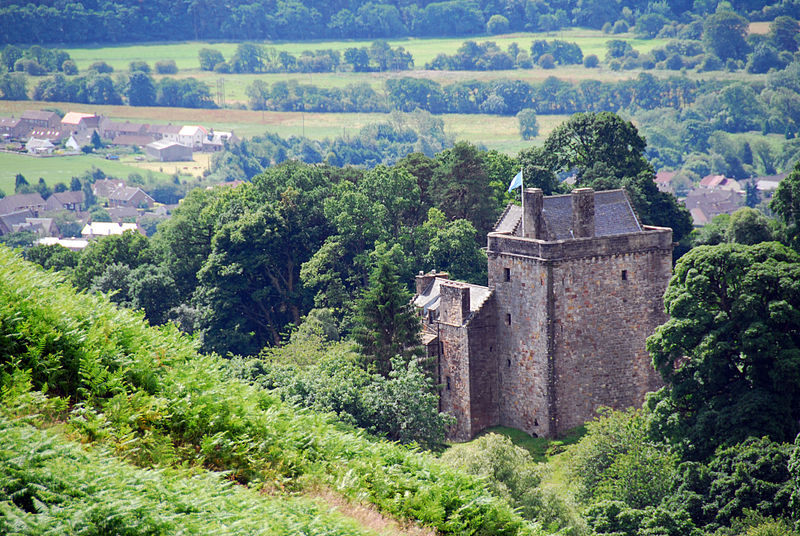 When Charles I died, the Earl of Argyll initially supported Charles II. However, he opposed Charles’ invasion of England, and in 1652 submitted to Oliver Cromwell’s army, who were garrisoned at Castle Campbell until the Royalists attacked in 1654. The execution of the 8th Earl of Argyll marked the end of Castle Campbell’s days as a noble residence.

Castle Campbell was by this point badly damaged and, aside from being shortly garrisoned in the Jacobite rising of 1715, lay abandoned for several years.

In 1805, the castle was sold to the owners of the neighbouring Harviestoun estate. It wasn’t until the 1870s that Castle Campbell was given some much-needed attention by the son of its owner. Later, in 1948, Castle Campbell passed into the care of the National Trust for Scotland and restoration works were carried out, including a new roof. Now Castle Campbell is looked after by Historic Environment Scotland and is protected as a scheduled ancient monument of historic importance.

What to see at Castle Campbell

Today Castle Campbell stands as one of the best-preserved tower house castles in Scotland. The castle provides an idyllic setting for many happy couple’s wedding celebrations. Inside the castle, you’ll find four storeys to explore, as well as a welcoming visitor centre with a gift shop. Step inside to the cobbled courtyard and discover the interpretation displays throughout which share the rich history of Castle Campbell.

One particular highlight is the loggia added by the 7th Earl of Argyll. Take a stroll down the covered exterior walkway which is more often found in places like Italy and Spain. The beautifully kept terraced gardens are also a delight to explore during the warmer months. The 15th-century tower is the oldest part of the original castle, and remains well-preserved and is a must-see on any trip to Castle Campbell. 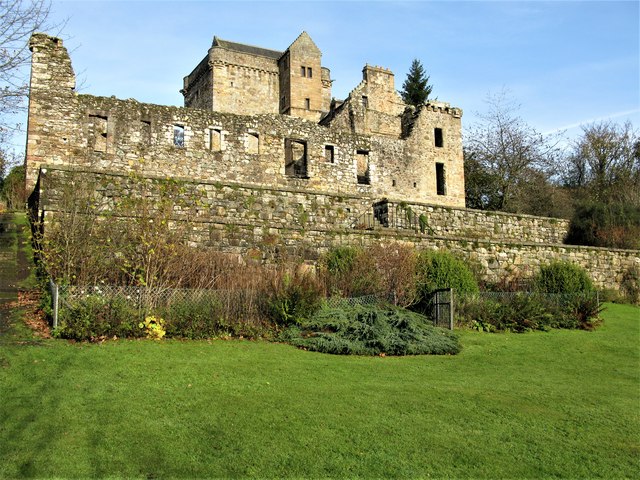 Castle Campbell is open daily throughout the summer months, and Saturday to Wednesday during winter, with varying opening hours and some closures around Christmas. Tickets start from £6 for an adult, £3.60 for a child, and £4.80 for a concession.

It’s easy to reach Castle Campbell by car and the Brewlands car park is just 500m from the castle itself. Alternatively, you can take a bus from Stirling to Dollar and walk for around 25 minutes to reach the castle.